Should I Call Him or Not? The Answer You’ve Been Looking For 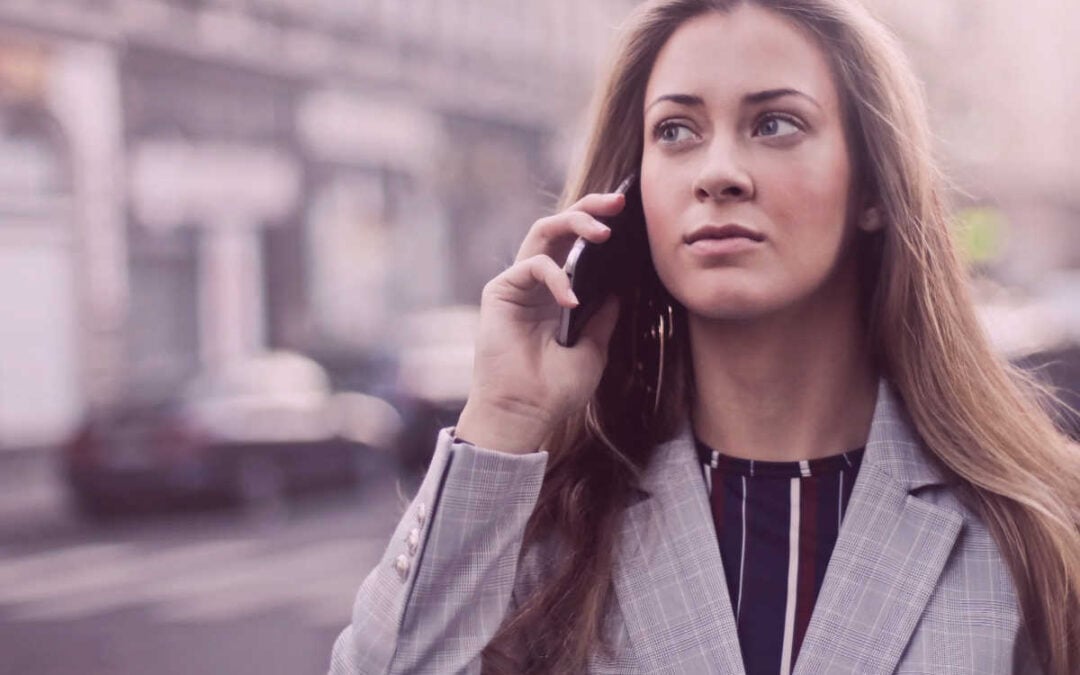 If you’re sitting around, thinking to yourself, “Should I call him or not?” chances are a guy you like intentionally left things open or vague between the two of you.

Maybe you’ve just started dating, and you’re tired of waiting. So you’re eager to make the first move, but you’re not sure if you should.

Or perhaps you and him have some history already, he might even be your ex, and you’re torn: on one hand, you don’t want to be the one who is always chasing him.

But at the same time, you also don’t want to wait forever or let it go without knowing for sure where he truly stands.

Regardless of how long you two have known each other and what the circumstances are exactly, there are times when you absolutely should call him first and others when it’s better for you to back off and wait.

In this post, I’ll help you recognize the best course of action for your particular case. But before going into these details, let’s first answer a few burning questions so many women have.

Should I Call Him or Text Him

I’m going to give you guys a few pointers here so that you can understand what the difference is between calling a man and texting him and when to do which.

It’s more of a power move. Because of this, it can be intimidating to some guys.

This is why a lot of people text first and only start calling each other, later on in the dating phase.

But again, some men don’t have patience for beating around the bush and will appreciate you calling over texting, even early on.

It’s also easier to communicate complicated things via phone call than it is over text.

By talking to each other, you can explain things right away and avoid misunderstandings.

However, some people have an easier time expressing vulnerable things over text than on the phone.

Texting gives you time to think things through and carefully formulate what you’re trying to say.

Point being, there are really no hard rules when it comes to this.

It entirely depends on your preferences. If you’re someone who is more comfortable calling than texting, that’s perfectly ok.

The same way, if you’re more on the shy side, and you have a really hard time picking up your phone, you don’t need to push yourself out of your comfort zone.

You can also stick with just texting.

Taking your partner or crush into consideration can also be helpful to make up your mind. What do you think he would prefer?

Either way, it doesn’t matter so much how you reach him, what’s more important is knowing when to do it.

Should You Ever Call a Guy First

A lot of our female coaching clients struggle making the first move when it comes to dating. They worry it’ll make the guy perceive them as desperate or controlling.

This fear of theirs is not entirely wrong. Some men can get intimidated or defensive when they feel like they’re not in charge.

Others will really appreciate your effort, though!

We live in the 21st century now, it’s perfectly ok for the woman to make the move, when she feels like it.

So yes, you can or even should call him first.

There is really nothing wrong with you doing it! Many guys will feel flattered or relieved when you take the pressure off of them.

And if a man ends up judging you for it, then maybe he’s just too insecure and not a good match anyway.

This is the general rule when it comes to the early stages of dating. Things look a little bit different when you’ve been going out for a while.

Should I Call Him if I Miss Him

If you miss a guy you’re dating or even together with, then you most likely haven’t seen or heard from him in a while. Maybe it’s only been a few days, and you don’t know why he is silent all of a sudden.

Or perhaps it’s been a week or more, and he still hasn’t called you.

(Some men keep on pulling away from women they care about.)

So you’re starting to seriously miss him and are wondering if you should just give him a ring and check in.

When two people are seeing each other, it’s important that the amount of effort both of them are putting into making things work is more or less equal.

As long as this is the case, the guy you’re dating has been initiating as much or even more than you, then you should absolutely call him if you miss him!

Guys need this kind of encouragement in order to stay interested and keep pursuing you.

For all you know, he might be intentionally waiting and leaving room for you to call or text him first.

However, if you’ve been the only one who is making this relationship work, then it’s a completely different situation.

Being stuck always initiating, likely makes you worry that, if you didn’t do it, you might never hear from this guy again. So in a way, you might feel like you have to call him or text him first, if you want to keep him in your life.

The thing is, he could just be someone who likes you but doesn’t want a relationship with you. This is why he isn’t putting in any effort.

Or he needs a little push, to realize that he actually cares and wants to keep this going.

The only way you can find out where he truly stands is by waiting it out.

If you’re the only one who has been initiating so far, then you shouldn’t call him when you miss him.

You need to leave room for him to show you if he cares or not.

Should I Call Him After He Ghosted Me

The problem with being treated this way, is that when a guy does it, he leaves you hanging. You never know what really happened and why he disappeared so suddenly.

Men have many reasons for ghosting women. None of them are pretty or justified.

Why did he stop calling or texting? Did anything happen? Is it something you did?

The thing is, if he wanted to give you closure, he wouldn’t have ghosted you.

Ghosters intentionally leave things vague, to give themselves room to potentially come back later on.

This is why you shouldn’t call a guy after he ghosted you.

Even if he picks up, he isn’t going to give you any answers. You’ll only feel more rejected and confused afterwards.

He likely wasn’t transparent with you and was pretending to be someone he’s not. He might even be a player.

Either way, ghosters are not serious relationship material. He is just wasting your time, and you deserve better!

Should I Call Him After a Fight

Another common situation when you might be wondering: “Should I call him if he hasn’t called me?” is after you guys had a fight. Unfortunately, arguments are a part of any healthy relationship.

It’s normal for people to disagree and get emotional over things.

However, when dust settles, all that’s left is often a strong need for reconciliation and making things right.

If you’re coming from a place of trying to make peace with him, then you should absolutely call him after a fight.

You don’t need to wait, you can try to fix this now. There are things you can say to him after an argument that’ll help you diffuse his anger and get him to open up to you again.

But if you’re calling him only to try to make him see things your way, then it’s better you don’t do it.

It would only escalate the fight further. Give him and yourself space to cool off some more instead.

Should I Call Him After a Breakup

Breakups are rarely a definite end of a relationship. Feelings people have for each other, can’t just vanish because you decide so.

It takes months or even years to let go of someone you once loved.

This is why couples break up but stay in touch and try to work things out.

If you want to call your ex after a breakup to clarify things, get an explanation or apologize for something you did, you should absolutely go for it!

Except, if your ex explicitly asked you for space.

When this is the case, you need to respect his boundaries and avoid contacting him for a while. (You can text him after no contact, to check in and see if he is ready to talk, though.)

Another reason why you shouldn’t call your ex after a breakup is to try to tell him how much you love him and convince him to change his mind.

You cannot convince someone to feel differently than they do, trying to do so will only break your heart further.

There are other things you can do to get him to want you back.

How Often Should I Call Him

Regardless, if you’re dating, together or broken up, you should call him as often as he calls you. And if he doesn’t call but keeps on texting, that’s ok too.

As long as the amount of effort both of you are putting in is balanced, all is well, and you really don’t need to worry too much.

However, if you’ve been calling him, and he hasn’t been returning the gesture, it might be time to put your guard up a little.

Maybe you’ve become too attached too early on, so you have a hard time stopping yourself from chasing him and are letting him take you for granted.

If this is the case, you need to slow down and make room for him to show you if he cares or not.

It can be really hard to know for sure what’s going on when he isn’t calling you enough.

Some guys need you to make the effort and get them to come back to you.

Others prefer when you back off. That’s what makes them want you more.

If you’re needing more guidance on what to do in your particular case, I can help you out in a coaching call.

I’ll listen to your story and help you figure out how you need to approach him, to get him to call you more and make more effort in general.

I’ll help you overcome whatever stands in a way of you having the relationship you want and deserve!

And if you’re wondering why he hasn’t called you yet, my husband’s post can give you some answers:

Do Emotionally Unavailable Men Miss You

Thank you for reading, if you have any questions, leave me a comment, and I’ll get back to you!