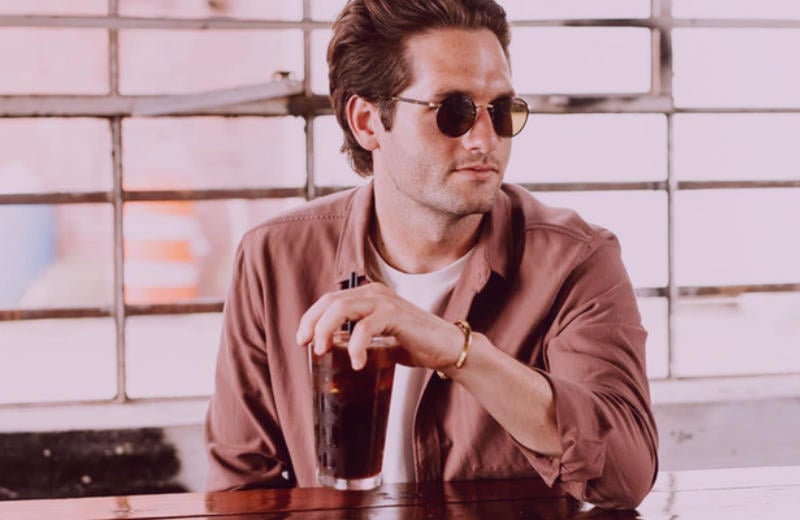 Being played is crap.

And I hate to say it, but as a guy, I’ve known too many men that play women ALL THE TIME!

It’s almost as though it was a pass time to them.

If you’ve ever been into a guy and later realized he was actually just a player, I’m sorry you went through that.

I know how these guys tick and they’ve spilled all their little secrets to me.

So I’m laying out the 5 signs you need to watch out for to ensure it won’t happen to you again!

1. He’s Often on His Phone and Keeps It out of Your Sight

Especially in the early stages of dating someone, you obviously won’t be sharing everything with them just yet.

But there’s a difference between casually glancing at your phone once or twice and being so preoccupied with it that it makes the date feel secondary.

In these cases it’s important to trust your gut and not what he says.

Or does it feel like he is ACTIVELY hiding something from you?

2. He’s Tends to Be Vague About His Activity

This guy I knew would always talk to women this way.

He would avoid mentioning concrete people, places or time frames and keep it all very vague and fuzzy.

But he bragged about all the “Chicks he juggled at once.”

With these types, it can help to pay attention to the difference between somebody not remembering…

And somebody hiding information or steering the conversation elsewhere to derail your train of thought.

This is similar to the last point, with a subtle difference…

Instead of being vague about people, places and time frames, he’s very flexible with how he tells his stories.

Did you hear him tell the same story to someone else but a lot of details changed?

Does he never shoot straight and tell the truth?

Or is he always dodging questions and changing facts as he recounts them?

If yes, you might be dealing with a player here and want to watch out for signs that he’s lying to you.

4. He Frequently and Suddenly Drops off the Map Without Reason

If you happen to be in the early dating stages, then it’s natural you won’t know each other’s whereabouts since it’s all new and you haven’t built trust yet.

But if you’re in a relationship and have been sharing more of yourself with him and he isn’t, it might be a sign to look out for.

A friend of mine was in a relationship with a significantly older guy.

For hours or even DAYS at a time, he would just drop off the map and she’d have no idea where he was or what he was doing.

No replying to her texts or calls.

You know, the type to ghost you for all the typical reasons.

He’d then suddenly reappear and say he had to pull overtime and work late nights and that he was too tired to answer at the time.

This caused a lot of tension between them, but she liked him and wanted to make it work.

One day she found out he had been playing her all along.

There were rarely any late shifts at work.

There were, however, other women.

Last but not least, if he’s not showing interest in you as a PERSON, he’s likely only interested in sex and is a player.

A normal dating process should generally involve getting to know each other.

If he’s constantly fixated on superficials like “Just having fun.” and going to parties or events all the time, keep your eyes peeled.

These types are just out for a constant stream of distractions and in a case like this, you’re just one of them.

There are also additional signs to watch out for that will clearly signal that he’s not serious or into you.

When a man is genuinely interested in you, he’ll take the time for you and be PRESENT.

You’ll see in his eyes that he’s genuinely into you.

Signs He is a Player Through Text

Being played by a guy always feels crap. Moreover, dating a player is a pure waste of time. That’s why it’s important to recognise the signs as early as possible!

A lot of relationships nowadays start through online dating. Because of this, first stages of getting to know each other often happen via texts and DMs (Direct Messages). That’s why I decided to include additional tips on how to recognise a player through texts:

Everybody can forget to reply to a message every now of then. But if a guy keeps on leaving you on ‘read’ (Meaning he’s seen your message) and isn’t replying, that’s an entirely different story…

As mentioned before, there are guys out there who play women for sport. These kinds of men will resort to all sorts of power games to confuse you and make you second-guess yourself.

If a guy keeps on leaving you on read for hours, be sure to put your defensive walls up.

It’s a sign that, not only he is not serious about you, but also that he is playing games with you over text already!

7. He Stops Replying for No Reason and Gets Back to You Hours Later

Much like in the case of leaving you on read, stopping to reply mid conversation is a power move.

No, he is not suddenly just so busy.

He is leaving you awkwardly hanging on purpose. He wants to make you wait for his reply and doubt yourself: “Did I write something that put him off??”

A guy who does this is playing you through text.

8. He Cancels Last Minute Over Text

So you’ve spent at least half an hour getting ready for your date, you’re about to leave your place and then you suddenly get a text from him: “Gotta rain-check, something just came up…” If he’s repeatedly behaving like this, then be warned:

This guy clearly has no respect for your time and doesn’t consider you a priority.

If he did care, he would have let you know much sooner or at least had the decency to call and explain himself.

He is either a player or just an extremely inconsiderate and a rude guy. Best stay away, he is not worth your time.

9. He Keeps on Asking for Nudes

Everybody is sexting and sending nudes nowadays, it’s a great way to flirt and tease when apart.

However, the internet is not the safest of places. That’s why it’s absolutely crucial that you take your time to get to know each other and build trust before exchanging any sensitive messages or photos.

When a guy is intending on playing you, he will not bother waiting to get you to trust him. A player will cut to the chase and try to pressure you or guilt trip you into giving him what he is after as soon as possible.

A common way of doing it is by asking women to send nudes “as a joke”.

If a guy keeps on asking for photos of you and then backs out of it pretending that it was just a joke… only to do it again 15 min later, don’t fall for it.

Not only is he likely a player, but also definitely cannot be trusted. Whatever you send him, might end up on a site of ill reputation the very next day.

So in summary, watch out for these 9 warning signs that tell you he’s a player:

It’ll save you a lot of time and grief.

Hope you found these tips helpful and now feel like you can know for sure if he really likes you or is just playing you.

If you’re struggling with players in your dating life or would like some help with finding the right guy online or in person, then check out the Coaching Calls we offer.

In a call, we’ll give you a strategy specifically tailored to your needs and show you the exact next steps you need to take, to finally find and keep the man, that you want and you deserve in your life.

Additionally, we’ve got further reading you could be interested in. Like if the signs of a player fit for you, then maybe you need to finally write this guy off as yet another sad but hilarious dating problem.

You can move on and put your energy into finding the right guy for yourself instead, someone who is honest and straightforward with you.