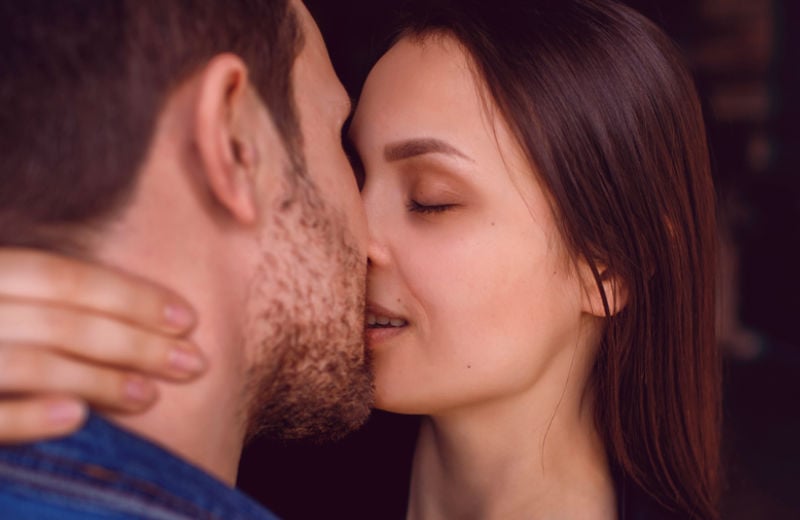 Me and my other half (and also the co-author of this blog – Gabriel) broke up THREE times. Each one of those three breakups was absolutely devastating to me.

The idea of separating from a person I cared about so deeply felt straight-up wrong.

From the very moment we broke up, I wanted to get him back already.

And I managed to do it, three times.

It’s now been over 7 years since our last breakup and we’ve been happily together ever since.

Our breakups were a mistake I managed to fix.

There is a lot of stigma around getting back together with an ex. Your friends might frown at you, family members might judge you for it.

But the reality of the matter is: approximately 50% of couples who break up, get back together again.

In this article, I will share with you the strategies I used to make my ex want me back so that you too can get your man to miss you and chase you again.

1. Heal Your Ego So That You Feel More Attractive Again

Even though breakups can be ‘mutual’ they’re generally initiated by one person only.

Being on the receiving end of this kind of rejection inevitably takes a toll on one’s self-esteem.

When Gabriel and I broke up, it was he who initiated it and because of this, it immediately made me doubt myself. I started wondering about things like:

‘Did I do something wrong?’

The biggest problem with these kinds of thoughts is that they are a HUGE BARRIER that will actually stand in the way of you getting your ex to want to come back to you.

They will make you doubt your own value and act in ways that can undermine your success.

That’s why it’s really important, that before jumping straight into getting your ex back, you let your wounded ego heal a bit first.

There are many ways to go about this.

The first time Gabriel and I broke up, I just partied for a week straight (I was still at university back then…). The second time I went on a relaxing vacation. The third time I decided to join an NGO and helped planning a primary school in a developing country.

The point of this step is to take your mind off those self-defeating thoughts so that you can feel good in your own skin again.

Once you feel more like your old self, you can then proceed to step two:

2. Get a Grip On Your Desperation

Breakups can completely change the power dynamic between a couple.

The person who initiated the breakup tends to suddenly gain a lot more control over the situation.

While the other side is often left feeling like they’ve just completely lost a handle on things.

Losing all sense of control over a relationship tends to make people act DESPERATE.

When Gabriel broke up with me I was as desperate as it gets.

Desperate to get back together…

Back then I had this really strong urge to just let go, allow all my desperation to roam free, and dictate all my actions.

Luckily, I didn’t let that happen…

The biggest problem with acting desperate is that it will make your ex feel like he has got full control over you.

He won’t need to worry about losing you.

He’ll feel secure and confident that you’ll always be there if he ever decides to take you back.

Obviously, this is not a position anyone EVER wants to be in.

There is a simple way in which you can avoid falling into this dangerous pitfall:

By taking charge of the situation.

Don’t let your emotions control what you say and do, act strategically instead.

There is no way around it. If you want to make him want you back, you have to take control and make it happen yourself.

3. Realize That He Still Wants You

“The thing about attraction in relationships is that IT NEVER REALLY GOES AWAY.”

The fact that your ex WAS into you, means that he most likely still IS into you.

That’s because, firstly, chemistry is not really something we have control over. It’s either there between two people, or it’s not.

Secondly, people get ATTACHED to their partners.

They do, no matter whether they deny it or not. It’s just human nature to get attached to other people…

Gabriel was the kind of guy to really play down his feelings and attachment towards me.

He pretended that the breakups didn’t affect him much.

And that he didn’t care whether we were together or not.

But you know what, it was just an ACT that was supposed to keep me hooked and make me endlessly chase after him.

This is something he actually now (not proudly) confirms.

So even if your ex is acting all cold and distant, don’t get fooled by that.

It’s kind of like a power move that is supposed to ensure that he can stay in control of you and the relationship.

People can’t just stop caring about someone from one day onto the next. It’s impossible…

So if your ex wanted you back then, he most likely still wants you now.

Fully realizing this truth can be absolutely groundbreaking when it comes to getting him to come back.

You don’t need to make your ex want you again, he already does. All you gotta do now is get him to admit it and want to follow that feeling again.

This brings me to the last step of your journey…

4. Remove the Barriers to Get Him to Chase You Again

In reality, getting your ex to want you back is much simpler than we’re lead to believe.

Chances are that in this very moment he is secretly pining after you and longing to feel close to you again.

…. if this is really the case, then why doesn’t he just text you and try to get you back yourself?

Fully understanding the answer to this one is going to play a major role in you successfully getting him to want you back.

You see, people always break up for a reason.

So even though your ex most likely wants you right now, it doesn’t necessarily mean that he wants to get back together with you.

Whatever it was that made him want to break up in the first place is likely still acting as a barrier that prevents him from wanting to invest in a relationship with you at this very moment.

There were multiple reasons why Gabriel and I broke up those three times.

Some of them were purely his issues. Others, on the other hand, had to do with some things I’d say and do (or not do).

The secret in making him want you back has nothing to do with doing things to attract him again (because he feels attracted to you already!).

It’s all about removing the barriers that are preventing him from wanting to be together with you.

Fixing just one of those issues on my end that caused Gabriel to want to break up, was enough for us to, not only to get back together but also to NEVER break up ever again!

If you’re interested in learning how to remove these kinds of barriers so that he wants you back, you might want to check out our online course Rebuild your Relationship.

In it, we’ll teach you how you can influence your man so that he goes from being hesitant and distant to dying to please you and chasing you around for love and attention.

In case you’re looking for some extra information on how to get your man back permanently, check out our article: 4 Steps to Get Your Ex Back For Good!

If you have any questions or would like some more specific advice, let me know in the comments section and I’ll get back to you!

Karolina Bartnik
Karolina is a co-founder of the SimplyTogether blog. She and her boyfriend Gabriel went from frustrating fights and breakups to successfully building a lasting and loving relationship. Read their story here!

Hi Karolina. When you guys broke up, did you implement the no contact rule? I’m on the same boat with breaking up three times because of him. The second time I did no contact for a month and not sure if I should do it again.

Hi there! Sorry to hear you’re on the same boat, it’s not a pleasant place to be at..

No, I never implemented the no contact rule. Gabriel and I always kept in touch, texted, emailed occasionally etc. We didn’t text every day, just every now and then. Also, since he was the one breaking up, I didn’t text him as much. I let him do most of the reaching out.

No contact can be helpful when you need that kind of space to gain perspective and figure some things out, but it’s not always necessary.