Is Your Ex Pretending to Be Over You? 7 Signs They Are! 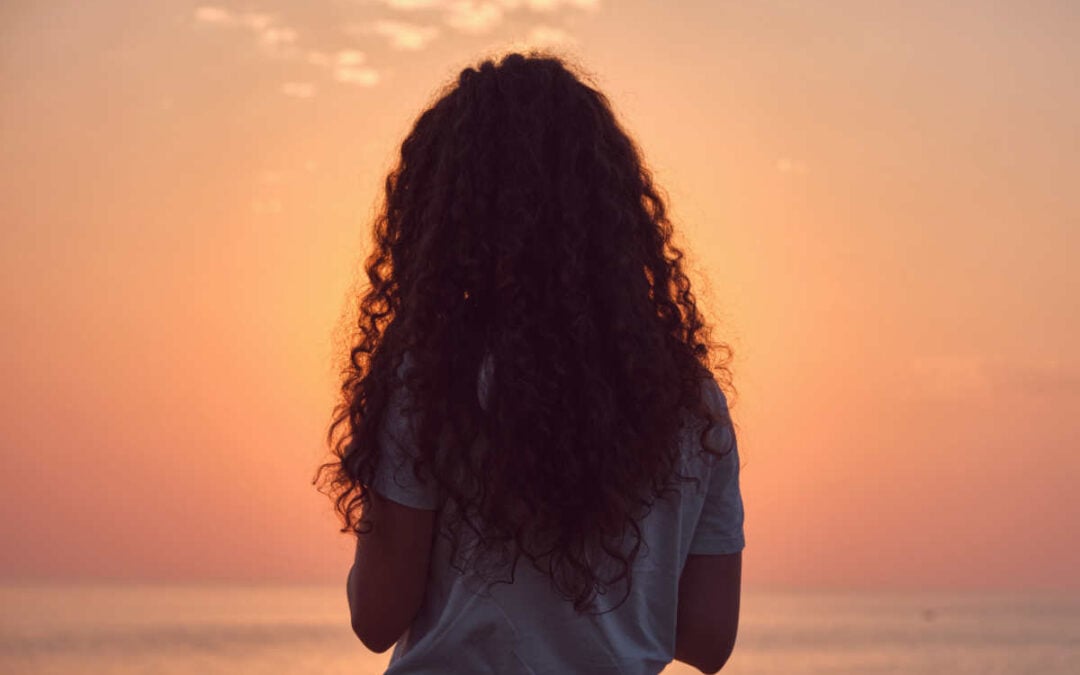 Breakups are NOT always final.

Just because you and your ex broke up, it doesn’t mean that it’s set in stone.

Because people rarely just suddenly get over their ex and move on.

It’s a process that takes time because human attachments run deep, and it’s NOT EASY to let go.

That is likely why you’re looking for signs that your ex is pretending to be over you.

Because they’ve been acting oddly, giving you mixed messages, and you’re not sure where they ACTUALLY stand now.

Back then, it was the same for me with Karolina (my wife, who runs this blog with me).

– Thankfully, we did finally manage to save our relationship after the painful breakups.

But in the first years of our relationship when I broke up with her, I was SO PRETENDING to be over her.

But the truth was that I really didn’t want her to move on.

So if you think your ex is pretending to be over you, look out for the following signs to know for sure:

7 Signs Your Ex Is Pretending to Be Over You

1. Your Ex Stays in Touch With You

They tell you, “It’s over, we broke up.” -But then make sure you’re not losing contact?

They might even say things like “I want us to be friends”. These are all typical behaviors that are meant to just keep up appearances.

Whether it’s over calls, texts, email or any other form of communication.

Staying in touch is a way of keeping tabs on you to assure themselves that you’re STILL attached to them.

2. Your Ex Expresses Anger About Your Breakup

If your ex openly shows you that they’re upset or angry about your relationship ending, it’s a sign that your ex is bitter and that they’re only pretending to be over you so that you come chasing after them.

Because if they were truly moving on, they would pack up their emotions too and move them to the next relationship.

Your ex expressing their frustration is them still desperately hoping they can mend things with you.

That you’ll finally be able to give them what they needed, so the breakup can be undone.

3. Your Ex Still Meets You

This was a signature move of mine when I broke up with Karolina.

“Yeah, we’re totally broken up, but do you want to meet for a coffee tomorrow?”

It’s a common behavior with an ex that is pretending to be over you.

They’ll insist that you’re not longer an item, but will want to hang out and do things as though you were still together.

And yes, you are right. It makes absolutely NO SENSE.

“Oh, you have plans? Who’s coming? Someone I don’t know? What do you mean, they asked for your number?”

These are all signs that they are still jealous and trying to make sure that you don’t move on.

So if they’re taking keen interest in knowing what’s happening in your social life, consider it another sign that your ex is only pretending to be over you, but just won’t admit it.

5. Your Ex Reacts on Your Social Media

Another one of the telltale signs of your ex thinking about you, is that they react on your social media accounts.

I mean, think about it, if they were over you, they wouldn’t be giving you attention and showing that they care about what’s going on in your life online.

They would be busy, moving on and trying to limit all contact with you.

But if your ex is sending you snaps, liking or commenting on your posts, they’re clearly only pretending to be over you, and it’s a definite way to know that your ex STILL CARES.

6. Your Ex Flirts With You

Another typical thing an ex does when they’re only pretending to be over you is FLIRTING.

I did the same with Karolina. Sending flirty texts and saying things to make her laugh and blush. So that she wouldn’t get tangled up with someone else.

Even though I was the one who ended things and didn’t want to get back together, I was still trying to keep her interested in me this way.

So pay less attention to what your ex is saying and more to what they’re DOING.

And if they’re flirting with you, it’s a way of knowing that your ex is trying to get your attention and that they’re definitely just pretending to be over you.

7. Your Ex Makes Sure You Still Have Some of Each Others Things

They may ask for certain things back and insist that you take some of your stuff from their place.

But if they’re holding onto (or insisting you keep) a few items that are meaningful to them, then this is another sign your ex is only pretending to be over you.

Because this is a great way of ensuring your connection remains and isn’t entirely severed.

JUST IN CASE, your ex changes their mind, and they want to get back together with you.

(Who wouldn’t after all the mixed messages and signs from an ex?)

But if you still have unanswered questions, maybe you’ll find the following helpful.

I’ve collected and listed the questions we receive the most frequently from you guys online and in our comments, emails and coaching calls.

So I hope these give you some answers.

How do you know if your ex secretly wants you back?

It’s always tricky to know if your ex has truly moved on and is gone for good, or if they secretly want you back.

Some ways to know is that they’ll respond to your texts right away and tell you that they miss you.

But there are additional signs to know if your ex secretly wants you back, that you don’t want to miss.

How do I get my ex to want me again?

There are a couple of very crucial steps to get your ex to want you again.

And a lot of it lies in what NOT to do.

So don’t jump in head first and try to convince your ex that you’ve changed and that things will be different this time.

Instead, you need to first heal your ego, get a grip on the desperation and realize that they still want you.

Then you’ll be ready to take on the next steps, Karolina covered about hers and my own journey of getting back together after our breakup.

When should you give up on an ex?

If you feel that you’ve tried everything in your power to make things work with them, but they constantly reject and ignore you, it’s likely time to give up on your ex.

When it reaches this point, it’s a sign that things are likely over for good.

Also, it’ll be doing you more harm than good, and you don’t need to put yourself through that any longer.

Time and space will help you clear your head and mend your heart.

When a relationship is really over, sometimes that kind of break helps both people want to give it another shot further down the line.

How do you know if your ex is testing you?

Some ways to tell if your ex regrets breaking up with you and is just testing you is that they won’t reach out for a few days to see what you do.

They’ll also indirectly pursue you, without wanting to commit.What’s important is to watch out for the additional signs of your ex testing you and know how to pass them!

Now, if you really want to make sure everything goes according to plan so that you get your ex back, you might be interested in our 1-1 coaching calls.

In a call, you’ll be able to tell us yours and your exes story and based on that we’ll create a strategy for you to get them back that specifically targets their weakness for you.

If that sounds helpful to you, you can click here to learn more about coaching.

Thank you for reading, I hope you found this post helpful.

Please leave any questions you might have in the comments.

And I’ve got my fingers crossed for you guys!