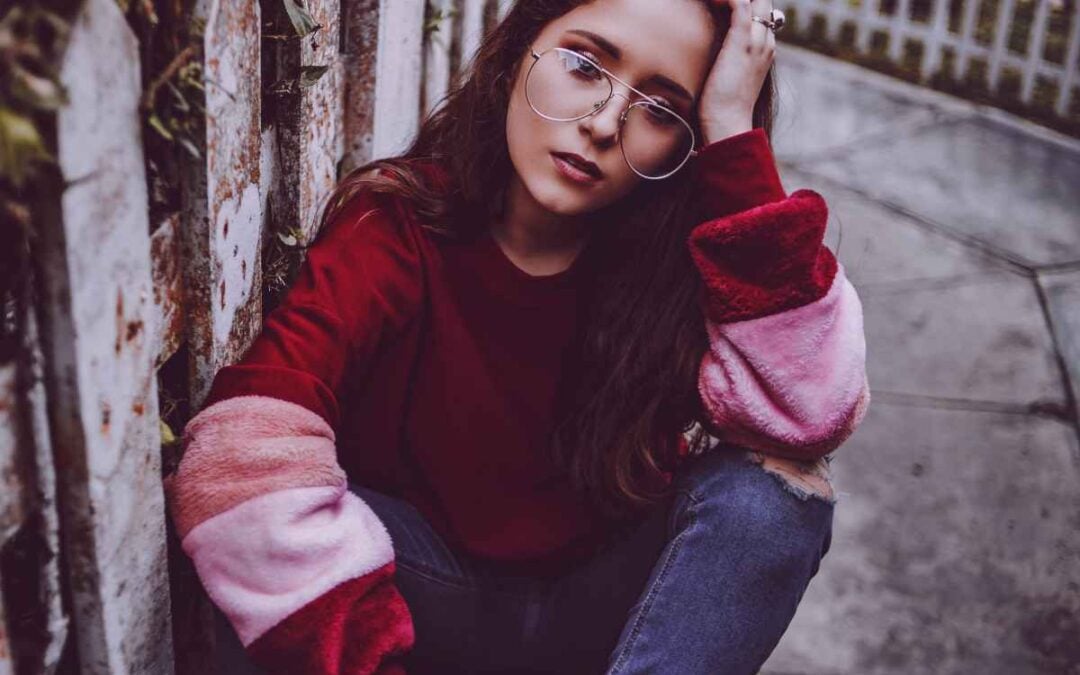 There is really no point waiting for a guy who will never come back.

But at the same time, giving up and letting go of a relationship is extremely difficult…

It takes two people to fix a relationship after a breakup.

You can’t force someone to give you a second chance. You can’t make him see things your way, either.

As hard as it might be to accept this, sometimes it’s better to just cut your losses and move on.

But in order to be able to do that, you need to know for sure that your ex truly is over you.

You need to feel like you’re reading the signs correctly and making the right choice.

That you did everything you possibly could to fix things, but he made up his mind already, and that it was just not meant to be…

Here is a list of signs to help you know that he is over you and will most likely never come back:

1. He’s Blocked You on Everything

Blocking someone on social media and other messaging platforms is a very strong way of communicating that you don’t want to stay in touch with this person.

Unfortunately, it’s a sign that he is done with you guys and wants to move on.

If your ex did this to you, you’re likely very hurt. So much so, you might be questioning whether he really meant it.

“Why would he go to these lengths?! He didn’t have to do this… Is he just overreacting and will change his mind a couple of weeks further down the line?”

Regardless of his reasons for doing this, he is going to these lengths because he wants you to take the breakup seriously.

I know this might be hard to hear, but it’s a sign he is not intending on coming back.

It’s a whole other story if he just ghosted you, though.

Ghosting is suddenly cutting on contact without any warning or explanation.

It doesn’t necessarily include blocking someone on social media. It’s enough for him to just stop replying to your texts.

The purpose of this sad behavior is to actually leave a window of doubt so that he can then potentially get back in touch and restart the relationship as though the falling out never happened.

That’s why ghosters do often come back….

2. He Is Actively Avoiding You

Another strong indicator that your ex will most likely never come back is when he is doing everything in his power to avoid ever meeting you in person.

An example of this would be: him not showing up to parties with friends you two have in common, dropping off his keys in a mailbox, asking a friend to pick up his stuff for him, etc.

You might be wondering: “Why is he acting so silly?? If he was over me, he wouldn’t need to play these kinds of games…”

The thing is, him doing this is him letting you know he made up his mind already.

He wants to move on and is just making sure there are no more openings for you guys to slip into your old patterns.

I know this too is likely hard to hear, but a guy is actively avoiding you the whole time it’s because he wants to gradually distance himself from you.

Unfortunately, it’s another sign he is likely never going to come back.

3. He Picked up All His Stuff Already

Your ex keeping his things at your place after a break-up is a bit like him having an emotional guarantee. It likely comforts him to think that you guys still have something in common.

It’s also a way of ensuring that he will have a reason to meet up with you at least once more. (In order to pick up all the stuff he is letting you keep for now.)

Unfortunately, the opposite is also true.

If your ex has been adamant about getting back all of his things already, know that he is serious about the breakup.

It’s his way of showing you that he doesn’t want or need any ties with you.

Unfortunately, it’s another sign that he is likely over you and is not planing on coming back.

4. He Avoids Any One-On-One Time

When two people are unsure about their decision to break up and still feel drawn to each other, they’ll seek out opportunities to be alone together and possibly feel closer again.

And on the contrary, when a guy is fully resolved that he is over you, he will try to make sure that nothing comes in the way of his decision.

Much like when it comes to him avoiding seeing you, one on one time has the potential to make him slip into old patterns. It can also just lead to awkward silence and painful distance.

So if your ex has been making sure you’re never alone together, know that he is likely doing it in order to avoid any uncomfortable situations.

It’s another sad sign that he lost his feelings for you and will likely never come back.

5. He Remains Distant and Guarded

This point and the previous one tend to go hand in hand.

If you’ve seen your ex recently, and he was acting extremely distant and guarded, know that he is likely very hurt.

So much so, he probably doesn’t trust you anymore, that’s why he put his walls up and is not intending on bringing them back down anymore.

The thing is, it takes two to rebuild trust in a relationship after it’s been broken.

If you’ve been trying to get your ex to open up, and it’s not having any effect; he just continues to stay distant and guarded no matter what, it might be because his mind is made up already.

It’s another sad sign that he is over you and doesn’t want to get back together.

A word of warning here, it could also be that your ex is emotionally unavailable.

Men with these character traits have a hard time showing their true feelings and letting you know where they are really at.

An emotionally unavailable man can act extremely distant and miss you at the same time!

When two people are together, they have their ways of interacting with each other. This means giving each other cute nicknames, having insider jokes etc.

After a breakup, this kind of relating generally dies down. It rarely completely disappears, though.

But if your ex is a feels like a stranger and stays a stranger for a long time, know it’s a sign that he is not wanting to let you in anymore.

He likely lost his feelings for you and is now relating to you in a totally new way.

Unfortunately, it’s another sign that he is moving on and most likely will never come back.

7. You Haven’t Been in Touch for Months

When a couple breaks up, their feelings for one another don’t just vanish from one day onto the next.

It’s normal to pull away and take a break from each other.

One of you or both of you might be very hurt and angry, however, the connection you guys share deep down is still there.

Time heals all wounds, unfortunately it can gradually dissipate feelings too.

Maybe you even tried cutting him off in the hopes that it will make him miss you. But he just didn’t react to it at all.

As sad as it is, if your ex hasn’t reached out to you or replied to your text since at least 3 to 6 months, know it’s likely that he is over you and there simply is no point waiting for him anymore.

Him not reaching out or not responding to anything you write is in fact a response.

Think about it, if he hasn’t come back by now, he will likely never come back.

How Do You Tell if He’s Over You

Hope that after reading all these signs, you understand your situation better and know what the odds are for getting your ex to want you back.

Not every relationship is meant to be.

It takes two people to fix things, and if he made up his mind already, there is nothing you can do about it.

So if three or more of these signs fit your circumstances, know that there is really no point waiting for him.

Don’t let a guy endlessly reject you over and over again. It will only break your heart even more.

More importantly, you deciding to give up and move on might be the very thing that can get him to finally realize what he is losing.

My husband broke with me three times in the first years of our relationship, too.

Every one of those times, I actually took him seriously and tried to move on almost right away.

Ironically, this attitude is a big part of what got him to come back to me. If you’re interested, you can read more of our story here.

Moving on after a breakup is very difficult.

It’s hard to give up and let go of somebody you once cared for. It’s also hard to know if you’re doing the right thing.

Maybe deep down you’re still unsure and want to keep on fighting for him.

Or maybe you’ve had enough but feel guilty about moving on.

I can help you make sense of all this mess in a coaching call.

Here, I’ll share stories from my own experience, as well as what I’ve learned from our clients. Together we will then figure out what it is that you really need.

I’ll also give you actionable tips to help you get the things you want from him. Regardless, whether it’s about getting closure or about getting him back.

If after reading these signs, none of them or very few actually fit your situation, then perhaps your ex isn’t over you…

In that case, you might want to check out: 9 Signs Your Ex Is Waiting for You and Secretly Wants You Back

But if a lot of the signs fit, you might find more comfort in reading: 7 Emotions You’ll Feel After a Long-Term Relationship Breakup

And if you have any further questions, leave me a comment, and I’ll get back to you!