Why Ghosters Always Come Back and What to Do About It 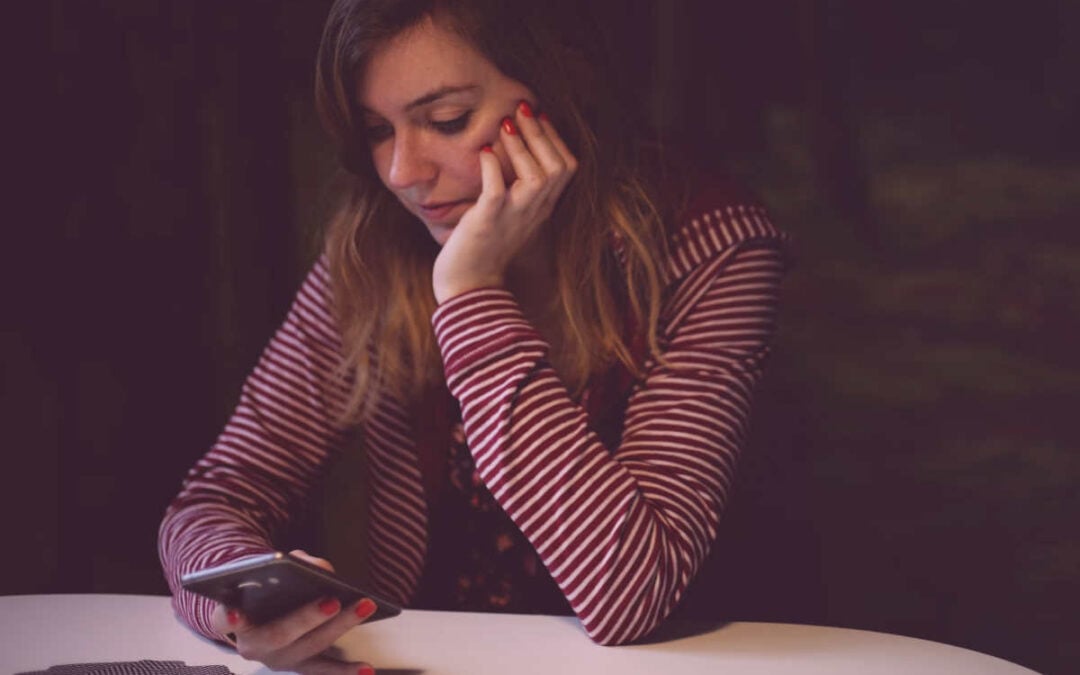 Being ghosted by a guy you liked is a painful experience. Maybe you’re in a bit of a shock or even disbelief because of it.

You probably thought that what you two shared was special and that he cared about you just as much as you cared about him. Things seemingly were going so well…

…only for him to suddenly cut you off for no reason and with no explanation!

If this just happened to you, you might be wondering: “Is he ever going to get back to me?”

Or perhaps someone who ghosted you just got back in touch, and now you’re really confused and don’t fully understand what he wants from you at this point.

Worry no more, I got you covered!

In this post, I will share with you everything you need to know about ghosting. We’ll talk about why ghosters always come back, what does it mean when they do and what best to do about it.

Why Ghosters Always Come Back

Imagine two people start dating each other. They’re both into it, things are going well, but then the guy starts having second thoughts.

He suddenly becomes scared of how fast things have been going. He’s not sure if he is ready for any serious commitment.

Plus, he was putting on a bit of a show to impress his date, pretending to have it all figured out etc., but he just can’t keep it up anymore.

So he is very undecided:

And that’s why he just ghosts his date.

But at the same time, he is also making sure that the relationship doesn’t continue.

To him, ghosting is a painless solution to his dilemma.

In his head, they’re not dating anymore, but theoretically they could just pick up exactly where they left off, if he were to change his mind.

This is the reason why ghosters always come back!

The very purpose of ghosting is to create uncertainty and thereby leave room for a potential change of heart.

This is also why ghosters still follow you. They want to keep tabs on, so that they are up-to-date on what is going on in your life and can intervene if necessary.

How Long Until a Ghoster Comes Back

Firstly, I want to make clear what qualifies as ghosting.

If a guy you’re dating suddenly stops replying only to get back to you a couple of days later, he hasn’t ghosted you.

A few days of no contact isn’t enough to qualify as ghosting.

There are many potential reasons why a guy might stop responding.

If someone you’re dating has dropped off the map of for about a week, or continues to do so, that’s also not really ghosting.

It’s possible that he is emotionally unavailable and has trouble letting you become a part of his life.

Another possibility is that he is hiding something, like a depression, an addiction or worse.

Still, a few days up to a week of silence isn’t enough to qualify as ghosting.

How long does it take for a proper ghoster to come back then?

Unfortunately, I couldn’t find any reliable statistics on this.

But a lot of you guys have shared your stories with me in your comments and emails. Based on what you’ve told me, on average, a ghoster takes about 3 to 6 moths to come back.

But this is just an estimation. There is no fixed time frame for this.

It all depends on the situation and on his character.

Some ghosters come back after a month, some get in touch after a year of no contact, others never come back.

This brings me to my next point…

Do Ghosters Ever Regret Ghosting

The short answer is: no they don’t.

I know this might be shocking and hard to hear, but let me reassure you right away: it doesn’t mean that you were completely wrong about him, and that he didn’t care about you at all.

The reason why ghosters don’t regret ghosting is because, in their head, they haven’t lost you yet.

To them, it’s an open-ended breakup. They think they can just get back to you and win you over again. So in a way, they feel like there is nothing to regret yet.

The only time when a ghoster might start regretting what he’s done is when tries to restart the relationship, and you’re not interested in him anymore.

This probably makes you wonder: “if he doesn’t regret ghosting me, then why did he come back?”

There are many reasons why men ghost women, but there is only one reason why they come back:

When a guy comes back after ghosting you, it means: he is still attracted to you and wants you again.

Does it mean you’re special to him and that he really cares about you, though?

A guy who is a ghoster isn’t mature enough to experience this kind of serious attachment.

Him coming back after a long time apart could indicate that you two shared something deeper and that he missed you.

But it could also be because some other girl just dumped him, and he wants to feel less lonely.

Or maybe he noticed that you were about to move on and barged in to prevent it. He might not want a serious relationship, but he doesn’t want anyone else to have you either.

Now that you know that a ghoster coming back means that he wants you again, let’s discuss what your most strategic next move should be.

Should You Take a Ghoster Back

You should almost never take a ghoster back.

He did this to you once already, he is bound to ghost you again.

Even if he doesn’t, he has already shown that he can’t be trusted.

Regardless how special things might have felt with this guy, it wasn’t for real. He was pretending to be someone he is not and hasn’t been honest with you.

A guy who is truly in love with you, would never treat you this way.

If he truly cared about you, he would have told you what was going on, he also wouldn’t be stringing you along and keeping things vague on purpose.

So this is the reasonable thing to do, but I know that when it comes to the matters of heart, people hardly ever act reasonably…

I myself took my boyfriend back after he broke up with me three times. (He never ghosted me though…)

Still, I was definitely doing the unreasonable thing back then, and it actually turned out great. We are now happily married, we’re running this website together, and we’re helping other people with their relationship problems.

I also know from a lot of your guy’s comments that saying no to a ghoster is often easier said than done.

So if you need some support when it comes to standing your ground, or you are just really unwilling to give up on him but don’t want to go into it unprepared, I’m more than happy to support you with this, in a coaching call!

Here, I’ll listen to your story and help you make sense of it.

We’ll then make a plan and give you tips on what to say and do, so that you can either get closure, or regain control and feel secure with him again.

If you feel frustrated that you just keep on falling for the wrong kind of men, you might find some helpful tips in my other post: How To Finally Find The Right Guy

And in case you have any questions, leave me a comment below, I’ll answer them there!