No Response Is a Response – 5 Things It Could Mean 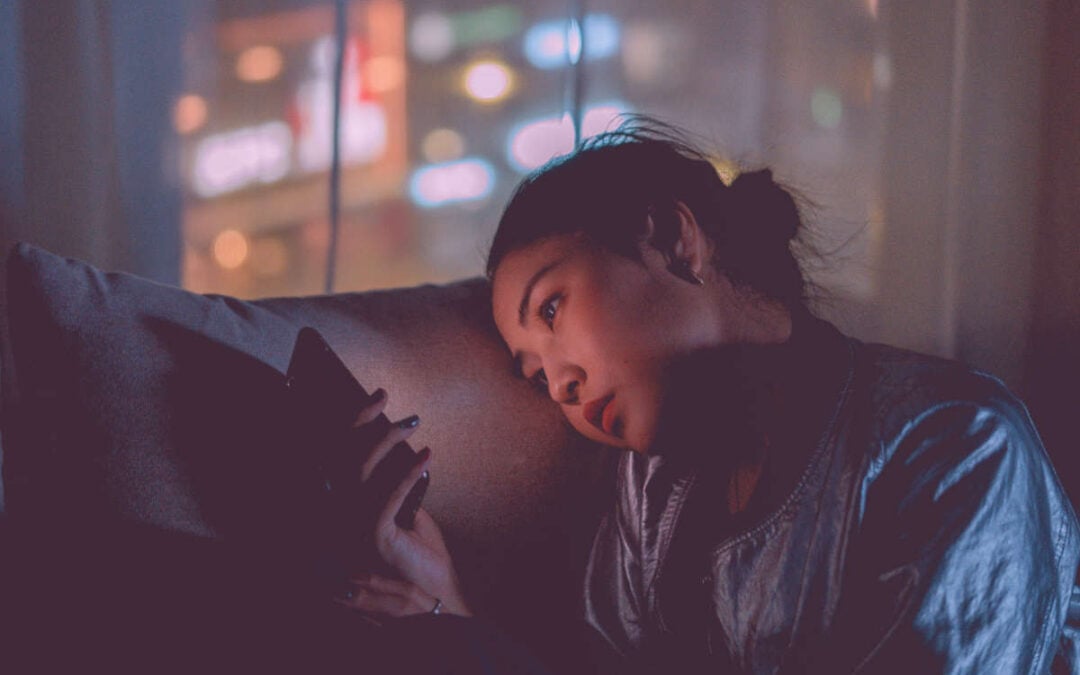 When you text someone and they don’t respond to you at all, it can feel very confusing.

You can sense that they are trying to tell you something, but you’re not one hundred percent sure what it is…

That’s because ‘no response’ is a response that can mean different things depending on circumstances.

Whether it’s your crush, the person you’re dating or your partner…

In this post, I’ll explain why they’re not answering (maybe leaving you on *read*) and what they’re trying to tell you by doing it.

Why No Response Is a Response

Before jumping into what ‘no response’ response means, let’s first outline why you should actually treat it as an answer.

When your message remains unanswered, it’s likely to leave you wanting some sort of closure.

You might be wondering: “Did they even see my message?”.

Sure, it might happen that they clicked on your text, got distracted and forgot about it.

Or that they somehow missed the notification.

But nine out of ten times it’s not going to be the case….

Generally speaking, when someone doesn’t respond or leaves another person on read, they do it on purpose.

So if a guy or a girl hasn’t answered your text, keep in mind that they are most likely fully aware of it and are doing it for an effect.

And they are choosing to do this to convey a message.

Even though, they might not be using words, their lack of response is in fact a response.

Even though ‘no response’ it’s a response, it doesn’t always mean the same thing.

Its meaning often depends on how the conversation was going beforehand, and also on what your relationship is like.

Here are five entirely different scenarios of what a ‘no response’ response could mean:

1. They Might Not Understand What You Want From Them

Things that might be clear as day to you, might be not at all clear to the person you’re texting with.

There are people out there who simply don’t get social cues or aren’t comfortable with small talk.

They might read your message and think to themselves: “I don’t understand what you want from me”.

And then choose to remain silent.

This kind of situation is more likely to happen when you’re just getting to know each other, but it can happen further down the line too.

It generally comes about after a longer period of silence, when your text was meant as a conversation starter.

If you’ve sent them an emoji, a meme, updated them about your day but didn’t ask any questions, or asked a question but didn’t add a question mark “?”, they might have read your message but simply didn’t get what you were trying to achieve with it.

“Do you even want a response?” -They might think…

If you feel like this could be the case for you, know that the best way to get out of this one is to simply start a conversation by getting to the point and asking a direct question.

Don’t beat around the bush and they’ll respond faster because they understand your intent.

This is another classic misunderstanding that usually happens in the first months of dating.

When two people don’t know each other that well yet, they also don’t know how to read between the lines and respond to things….

Some people have a real block when it comes to being social, expressing things or reacting to messages.

They sort of freeze and just remain quiet.

This kind of ‘no response’ response is more likely to happen when the person you’re dating is either very shy or emotionally unavailable.

So if you texted them a joke, a meme, funny emojis etc, and they just left you on read, it’s possible that they are simply trying to communicate:

If this resonates with you, the best way to go about it is to back-paddle a little.

Scroll back to the time when they were responding and try to continue a conversation that was previously going well.

And if there isn’t one yet, just try to switch to another topic.

3. ‘No Response’ Response Could Mean “I’m Just Not Interested”

This is probably the toughest meaning of the ‘no response’ response.

It generally happens very early on.

Maybe you’ve only been chatting and have never even met yet. Or you’ve only met once or twice.

Another possibility is that you’ve known each other longer, but this person keeps on dropping in and out of your life.

Maybe they even ghosted you in the past.

This meaning of the ‘no response’ response can be a tough pill to swallow.

Rejection is always hard to deal with.

But there is no point wasting your time on someone who either isn’t serious or just isn’t into you.

It’s best to just cut your losses and move on.

This kind of ‘no response’ response is more likely to happen further down the line in a relationship.

Maybe you’ve been dating for a couple of months now, everything has been great, you’re on good terms, texting daily and then suddenly your partner’s responses started becoming increasingly shorter…

…so much so, they might eventually stop responding entirely!

Their silence could be a non-verbal cue meaning: “I just need some space right now”.

When this happens, there is no need to panic, their ‘no response’ response doesn’t mean they changed their mind about you.

Maybe they’re just stressed about something or want some distance and alone time.

It’s normal for people to need to pull away after getting close sometimes.

If this fits your situation, don’t text your partner anymore.

Give them the space they’re requesting, maybe even wait for them to text you first.

This meaning of the ‘no response’ response applies to couples who have been together for a longer time, like months or years.

It often happens after or in the midst of a fight!

If you and your partner have been arguing a lot lately or even went through a breakup, but then you started talking and he or she just straight up ignored you, know that they might be thinking:

“I’m not getting into this again…”

Maybe they are really hurt and frustrated.

They also might be a bit lost for words and feel like they don’t want to repeat themselves or repeat the argument again.

You might be feeling this exact same way too…

If this is the ‘no response’ response situation you’re in, know that their silence doesn’t mean they don’t care about you anymore.

They are just communicating their frustration and also making it clear they don’t want to come your way at the moment.

The best thing to do in this situation, is to back off, think about your last conversation and try to regain your partner’s trust.

Alternatively, you also might want to try taking a little relationship break, so that both of you can clear your heads and cool off.

What to Do About ‘No Response’ Response

The exact best thing to do about a ‘no response’ response strongly depends on the situation you’re in.

However, there are some common approaches that will benefit you the most, no matter what.

Firstly, DON’T continue texting the same way you did before!

Regardless of whether you’re in the early stages of dating or have been together for a long time, you can’t force a person to change their mind. Moreover, attempting to do so will only push them further away.

Rethink your strategy and adapt your attitude instead.

Take your time to try to gain clarity on what the ‘no response’ response means in your case:

1. That they don’t understand what you want from them

2. That they don’t know how to respond

4. That they need space for now

…and then take the steps we discussed.

If you still feel completely lost and unsure about your situation, we can help you with this in a coaching call!

Here we’ll listen carefully and ask clarifying questions, so that we can paint a full picture of what happened and why. We will help you know for sure if there is still hope, or if it’s just a waste of time.

You’ll also get tips on what to do and how to respond to a ‘no response’ in a way that will restart the conversation and give you the best shot at making it work!

If your ‘no response’ response happened in the early stages of dating, you might be interested in reading my other post: The Real Truth About Why Men Ghost Women

But if you and your partner have been together for a long time, and still your messages remain unanswered, you might find this more helpful: Tired of Begging for Attention In Your Relationship? Here’s What to Do!

And in case you have any questions, leave me a comment below, and I’ll get back to you.