How to Get an Emotionally Unavailable Man to Open Up 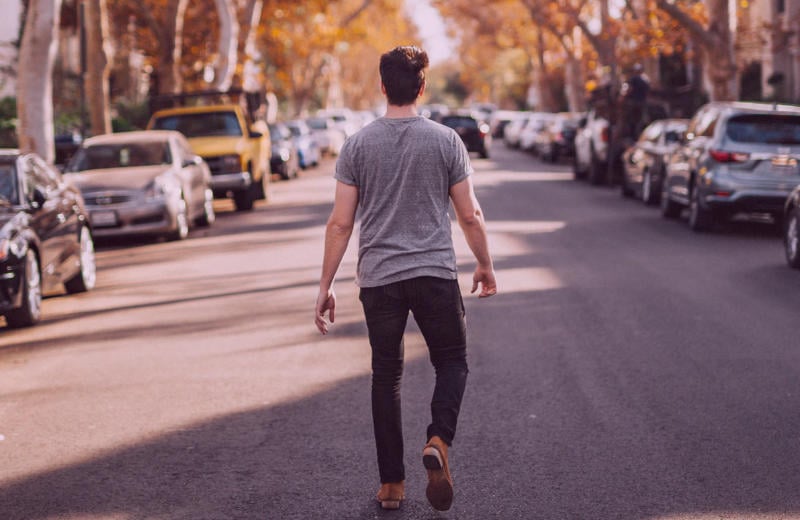 There are few things worse than banging on your man’s emotional door and not invoking even the slightest response from him.

What is it with men and their electrified high-security fences?

Being in a relationship with someone who is emotionally unavailable can be frustrating.

You can’t really connect with him on a deeper level.

The truth about why men are often emotionally distant might surprise you.

It’s because they are afraid.

And they don’t even realize it themselves.

1. Understand That Your Man’s Emotional Distance Has Very Little to Do With You

The first step in getting through your man’s emotional barriers is understanding that it’s not your fault he is being this way.

His emotional walls have little or NOTHING to do with you.

They have been there long before you even arrived.

In other words, he’s not specifically rejecting YOU, he’s rejecting EVERYTHING he perceives as “potential threats”.

He probably also plays it safe, so he puts everything on the “potential threat” list, rather than risk getting hurt.

Next up, you need to keep in mind that he’s so used to being emotionally distant and unavailable, that HE DOES NOT EVEN NOTICE IT.

You: “Honey, I feel like when I try to get through to you emotionally, you put up this impenetrable wall.”

Him: “What are you talking about? What wall? Like a brick wall?”

“No, like an emotional barrier, it’s as though you’re scared of me and don’t want to let me in”

“Me? Scared of you? What? I haveth no fear woman!”

And he’ll go on to denying everything.

And that’s a big No-No for men.

Because being hurt means being weak and men aren’t supposed to show any weaknesses.

2. Understand That He Is Wounded And Needs Time To Heal

His wall exists because he’s been hurt in the past. Otherwise, there wouldn’t be a wall, he’d be open and easy-going.

He put boundaries up over YEARS to prevent oncoming attacks and prevent getting hurt again.

We all do this to a lesser or greater degree.

It’s just that his boundaries might even rival that great wall in China.

This, of course, makes him very inaccessible and leaves you emotionally unfulfilled.

So there are certain parts of his emotional world that have been attacked and damaged and they need to be gently healed.

This will take time.

Don’t set yourself up to fail by expecting instantaneous change.

Have you ever broken a bone? It takes months to heal and years for a full recovery.

And it is no different from emotional wounds.

Getting him back on track requires listening, patience and a lot of encouragement.

Bit by bit he will let his walls down.

3. Be Prepared, He Will Test You

Do you know what’s more threatening than an attack?

Somebody getting past your defensive walls of emotional unavailability.

Because without them, you can’t even fend off an attack!

So don’t expect him to initially welcome your desire to get past his guard.

You will encounter a lot of resistance.

The key here NOT TO PUSH.

Pushing him to open up will only VALIDATE his belief in the necessity for his wall and even STRENGTHEN it.

You need to be strategic about this.

When you sense his resistance, accept it and give him space. Come back to it, when he’s cooled off.

Show him that you mean no harm.

You can even TELL HIM that you mean no harm.

In our relationship, we’ve often reassured each other this way.

We gradually let our guard down as the other PROVED to us, that they had good intentions.

He has to SEE that you don’t attack him and are KIND to him instead.

The more times he has the experience of you being gentle and loving when he’s in a tight or vulnerable spot, the more his walls will come down.

And this will happen involuntarily! He won’t have control over it!

The more he sees that you are kind and nurturing instead of attacking, the more his guard will drop, simply because it’s what’s GOOD FOR HIM.

Everybody craves deep meaningful connection, we can’t help but move towards it!

It’s all well and good to be the giving and loving woman, but ultimately you need YOUR pay off too.

And here’s where you get it.

The more you apply the above-mentioned attitude, the less you’ll be banging on his proverbial emotional door asking to be let in.

He’ll gradually trust you increasingly and you’ll finally be able to have the emotional intimacy with him that you desire.

Now if despite everything, he remains emotionally unavailable and you’re not entirely sure how to work around it, you might find it helpful to learn more about how to gain his trust.

Ultimately, the more times you’ve proven to him that you’re “Safe”, the easier and faster his walls will come down.

What’s more, is, he’ll LEARN that letting his guard down with you is a GOOD THING, a positive experience from which he also reaps plenty of benefits.

Which causes this mutually beneficial connection to reinforce itself. Getting an emotionally distant man is not easy, but it’s not impossible!

If you need help getting his walls down, check out our Rebuild Your Relationship course.

In it we teach you exactly how to approach your emotionally unavailable man so that he finally opens up and you can have the connection with him that you want.

You’ll also learn to avoid the common mistakes women make when trying to get their man to trust them, which undo any progress towards connecting with him.

In case you have any questions about any of these points, drop me a comment and I’ll get back to you.