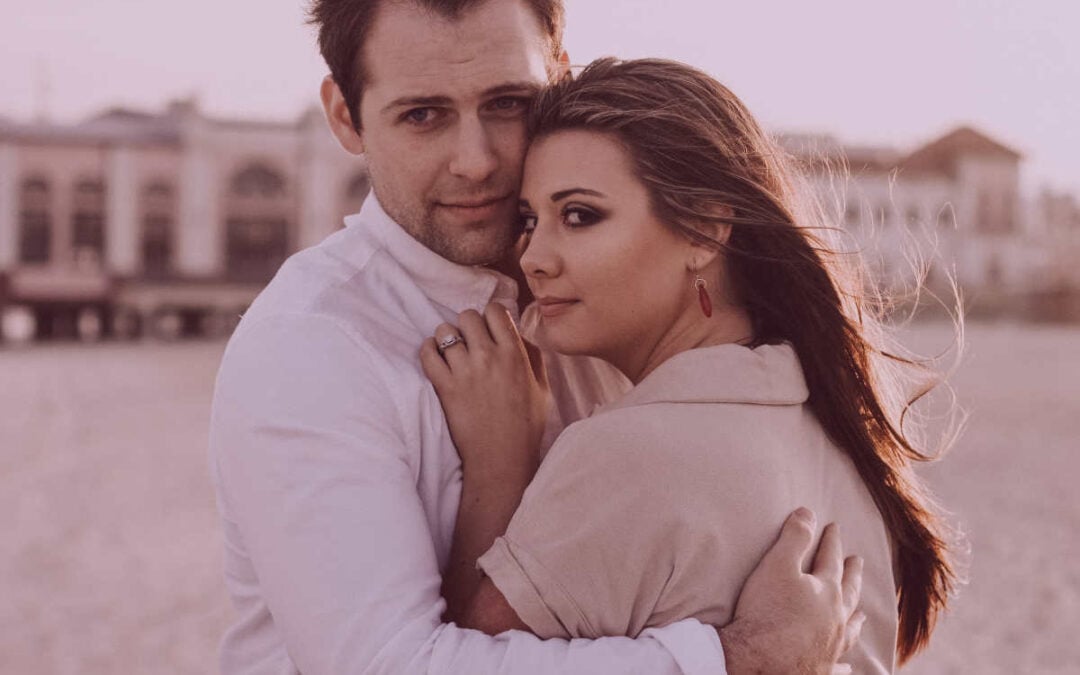 Do you feel like your ex has been testing you lately? First, they wanted to break up, but now something about their behavior seems very confusing.

It’s as though they keep on sending you covert messages…

No, you’re not imagining it!

Most breakups are not final. When somebody says they want to break up, they rarely ever fully mean it.

That’s why exes will often test you after the breakup. It’s to see if they made the right choice or not. It’s also them giving you chances to prove them wrong.

Before jumping into the signs your ex is testing you, I’ll first go more into details on why people do this.

Understanding your ex-boyfriend’s or ex-girlfriend’s motives will make it easier for you to fully read and understand their behavior.

Why Is Your Ex Is Testing You

There are three big reasons why people play mind games and send mixed or covert messages to their ex-partners.

Some of them have to do with you, while others might be almost entirely unrelated to your relationship or you as a person.

They Are Testing You to See if They Can Trust You

Trust is a huge component of any relationship. It’s something that is very painful to lose. I know this might seem counter-intuitive: why would my ex care about trusting me if they wanted to break up?

But like I said, breakups are almost never the end of a relationship. Feelings you might have for each other can’t just vanish from one day onto the next.

That’s why your ex might be testing to check if they can still trust you, despite the breakup.

This is something that’s likely also pretty confusing to hear.

Why would your ex worry about you not caring about him or her anymore, after wanting to break up?

The thing is, emotions are not logical.

Your ex is likely still attached to you and would like to believe that the same is true about you.

They Are Testing You to Figure Out What They Actually Want

People like to present themselves as confident and decisive. This is especially true for men.

They often feel pressured to act as though they had it all figured out and knew exactly what they want.

The truth is. Nobody really knows what they’re doing. Especially when it comes to love and feelings!

Chances are, your ex testing you is just their own attempt at figuring out what it is that they truly want from you.

Now that you know why your ex is acting this way, it’ll be easier for you to wrap your head around their odd behavior and read between the lines.

I know personally how frustrating and confusing these kinds of situations can be.

My now husband and I broke up three times in the first two years of our relationship. When we were broken up, he also gave me all sorts of mixed messages.

That’s how I also know that receiving these kinds of vague hints from them will inevitably make you feel a little excited and hopeful.

This is why it’s so important that you’re able to read their signs correctly and respond accordingly.

1. Your Ex Doesn’t Reach Out for a Few Days

The first days after a breakup are always the toughest.

It’s hard to go from interacting with someone on a daily basis, to next to no contact from one day onto the next.

Maybe you’ve been struggling with this lately. Your ex either stopped reaching out to you or maybe they stopped replying to you.

Know that their lack of response is in fact a response. Here is what it could mean.

They are likely checking if they can trust you to respect their boundaries and give them the space they might have asked for.

Your ex might also be testing you to see how long you can last before contacting them.

Either way, it’s normal and healthy to take some time for yourself after a breakup.

Give them a week to get back to you, if they don’t check in by then, reach out to see what’s going on.

2. They Ask About Your Love Life

There is nothing more painful than have your ex nonchalantly ask about your love life.

Yet, this is something that happens a lot. Many of our coaching clients end up feeling hurt and confused because their ex made them feel like they wanted them to move on.

The thing is, when a person is really scared of something, they often try to play it down and pretend that they’re cool with it.

Well, this is exactly what your ex is doing when they’re asking you about your love life.

On one hand, they are testing you to see if they can trust you to stay attached.

And on the other hand, they’re provoking you to show them that you still care.

It’s a bluff, and it’s important that you take it as that.

Also, they just provided you with a great opportunity to make them jealous, so be sure to use it…

3. They Act Out of Character

Another classic way how exes test their partners is by acting out as if they were a rebellious teenager.

This might include things like changing their style, cutting their hair, getting piercings, going out, smoking, drinking or even screaming and shouting. Basically any action and behavior that is meant to test your patience and provoke you.

If your ex has been putting you through something like this lately, know it’s a sign they are testing you and trying to get your attention.

They want to see if you’ll try to step in and take their freedom away from them.

They’re also likely going through some sort of personality crisis and are figuring out who they truly are and what they want.

If this is your case, it’s important that you don’t react and don’t let them provoke you.

Set boundaries when necessary, and maybe even consider carefully cutting them off for a bit.

4. Your Ex Is Defensive Whenever You Talk to Them

Another common sign that your ex might be testing you is if they’re extremely defensive towards you.

Maybe they’ve been needing space, and you didn’t give it to them. Recognizing how and when to give space can be tricky.

Or maybe they’re very hurt about something you might have said or did.

Either way, don’t let them drag you into a pointless fight.

Try to read between the lines. They most likely just need you to listen and understand them.

5. They Reach Out to You via Social Media

Has your ex been ignoring you lately, but at the same time you get a feeling that whenever they post something on social media, it’s directed towards you?

Well, that’s because it is.

Your ex is fully aware that you follow them and see their posts.

So if they have been posting quotes, songs or photos that really got to you, keep in mind they did it on purpose.

Maybe, for whatever reason, they felt like they can’t communicate these things directly. So they try to get your attention this way.

They might be even missing you and secretly wanting you back.

This is a sign your ex is testing you to see if you get their message and will respond.

6. They Try to Make You Jealous

Jealousy is one of our strongest drives, that’s why it can be used to manipulate us fairly easily.

If your ex acting in ways that made you jealous lately, know it’s a sign they are testing you and trying to get your attention.

I know this might be counterintuitive. Maybe in your head it means that they’re wanting to move on…

But if your ex truly was over you, they wouldn’t resort to playing these kinds of mind games. If anything, they’d keep their distance and try to avoid any further drama.

So don’t play cool. Show them your true feelings, but also make sure to set boundaries and not let them play with your heart this way.

7. Your Ex Is Pursuing You but Doesn’t Want to Commit

Last but not least, one of the most common signs that your ex is testing you is the hot and cold behavior:

They have phases of wanting to see you every minute of every day.

Followed by distance and pulling away. There are many reasons why people (in particular men) act this way.

Your ex’s behavior might make you feel frustrated and confused. Every time they withdraw, you’re worrying if it’s because of something you did.

Just so that you know, this kind of hot and cold behavior has likely more to do with ex’s commitment issues than it does with you.

Something is standing in the way of them officially getting back together with you.

The best way to respond in this situation is to, on one hand, talk about whatever doubts your ex might be having that are preventing them from wanting to commit to you again.

And on the other hand, you also have to make it clear that you’re not going to wait for them forever.

Now you know how to recognize if your ex is testing you and why they’re doing it.

Ultimately, passing their tests is the only way to get them to trust you and want to get back together.

Each situation requires a different set of responses. However, there are some rules that will work for all of them:

Firstly, don’t panic. Acting impulsively might lead you to doing things that will only sabotage all your chances.

So, try your best to keep your emotions in check.

There is no rush. Your ex’s feelings for you will not vanish any time soon.

Secondly, be patient and understanding. I know this is easier said than done, but keep in mind, this attitude will give you the results you’re hoping for the fastest.

And last but not least, don’t try to bottle it all up and try to deal with everything all by yourself. Talk to your friends, trusted family members. Find outlets and express your feelings and frustrations.

If you feel like you’d benefit from some additional support with passing all your ex’s tests, that something I can help you with in a coaching call.

Here, I’ll carefully listen and help you make sense of their behavior.

We’ll also make a plan on how to respond and what to do to get your ex to fall in love with you again.

And if you want to know more of our story how my husband and I got back together, check out my other post: How I Got Him Back - 5 Ways to Make Your Ex Want You Again