Signs He Knows He Hurt You – and Feels Guilty 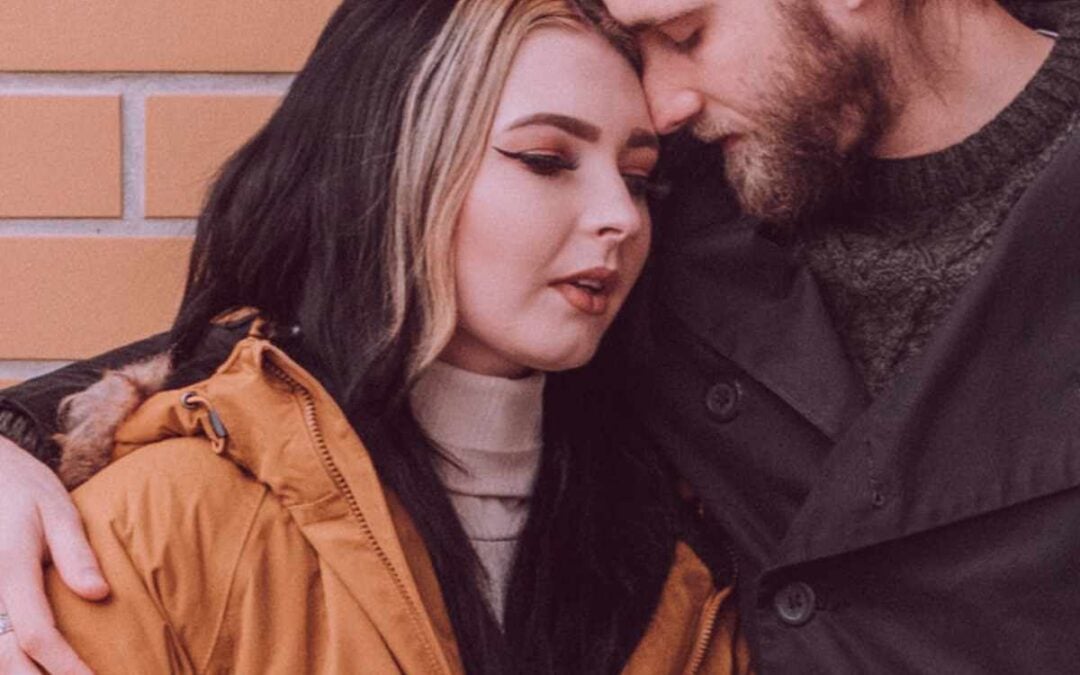 So he did something that really hurt you.

And this is not like the other times, where it was a small enough incident that you could forget it within the next hour.

No, this was really hurtful, thoughtless and maybe even cruel.

For some of you, it might have even led to a breakup, and he’s your ‘ex’ now.

And to make things worse, he’s not even giving you signs that he knows he hurt you.

Which means he’s hurting you with the incident itself and adding to it, by not acknowledging your pain.

He sure has some nerve…

And if so, what are the signs that he knows he hurt you?

In this post, we’re going to get to the bottom of it all!

We’ll put a stop to overthinking that’s got you turning in circles, by answering these questions from above.

And after going over the signs, we’ll also talk about what you can do to make him REALIZE that he hurt you and then REGRET IT.

What Are the Signs That Someone Feels Guilty for Hurting You

Before we cover the signs to look for, a word of warning:

Be careful not to fall for them too quickly!

Because he might be giving you the signs for an EFFECT and be trying to get on your good side without earning it.

So don’t let him do that right away!

Especially if it’s with your ex-boyfriend.

(And if you’re really unlucky, he’ll also have the tendencies of a player.)

I know it can be really hurtful to resist just getting back to the familiar and ‘make everything alright again’.

But if he hurt you this badly, he needs to learn a lesson and understand that there are consequences for his actions.

This is the only way he’ll ADMIT that he realizes he hurt you and is sorry.

Here are the 7 signs he’ll give you, so you can know that HE KNOWS that he hurt you and is feeling guilty about it:

1. He Texts and Calls More

How does a guilty man act, you ask?

Well, he’ll be sure to find excuses to text and call you more often and regularly than he has in the past:

Yes. He will put his best foot forward and give you all that attention you’ve been desperate for, because he knows he hurt you and feels guilty.

2. He Does Things for You

Us men can be weird.

At times, we’re awful with words and emotionally unavailable, so we DO things for you instead to try and make it right when we’ve caused you pain.

So if your guy is unusually active and looking for excuses to help you out in some way, then yeah.

You’ve definitely got yourself a sign that he knows he hurt you.

Another cliché that never stops giving.

“I didn’t want that kitchen table of yours looking all lonesome, and since it’s the season ‘n all, I figured I’d get you a bouquet of your favorite flowers to decorate, ya know?”

Watch out for these kinds of signs.

He’ll look for things he can buy you as an indirect, unspoken apology because he knows he really hurt you.

4. He Just Won’t Leave You Alone

Previously he was all about needing his space…

But now, he’ll call, text and do things for you or give you gifts, just anything and everything to find excuses to NOT leave you alone.

So, he’s trying a form of combination of the first three signs we mentioned.

You can think of it as your (ex)boyfriend having zero aim and little understanding of what you truly need, but his heart’s in the right place…

That’s why he’ll load a truck full of all the good he can offer, come over to your place and overwhelm you with it all, hoping something will stick and make you forgive him, because he knows he caused you pain.

As mentioned, men can have a tough time putting emotions into words.

It’s like he’s got a block of something stuck in his throat that only permits indecipherable grunts and limited facial expressions.

And he’ll be proudly proclaiming that he made his apology, when all you got was:

“I’ll admit that I could’ve done things a bit better.”

Depending on your guy, he’ll be okay at- or downright miserable with apologies.

Nevertheless, it’s how a person acts when they are guilty, so consider it another sign that he knows he hurt you.

6. He Gives You Puppy Eyes

You know that cute face he puts on when he wants something from you?

Well, he’s gonna dial that absurdly irresistible adorableness to a whole different dimension so that you simply can’t resist him.

As previously mentioned, be weary of such cuteness-overload tactics and make sure he acknowledges his mistake and that he hurt you.

But him trying to win you over this way, is another sign that he knows he hurt you.

7. He Makes Promises to Change

When he feels like he’s on your good side again, he’ll likely make sweeping promises of all the things he will (or already has changed) and how everything will be different this time.

Again, if it’s your ex that hurt you, be careful and take things slowly.

Because as well intended and genuine as his promises may be, things don’t change so quickly in relationships.

But his promises are definitely another sign that he knows he hurt you.

So now we’ve covered all the signs with which he can (often indirectly) communicate that he understands and knows he messed up.

Here they are again:

But what if he doesn’t give you these signs?

What if he’s so stuck up in his own ways, that he doesn’t even realize what he’s done?

Well, in that case you’ll unfortunately have to make him realize it.

How Do You Make Someone Realize They Hurt You

I’ll be honest with you, it’s not easy.

As we’ve previously covered, there are reasons why relationships are complicated.

And depending on his character, your (ex)boyfriend might have a really difficult time recognizing that he hurt you.

BUT, it is common in relationships!

Both Karolina and I know how hard it can be, because we’ve had our own struggles in realizing we hurt each other.

And we learned the hard way, that in order to make him realize he made a mistake, there are 2 things you need to do:

Let’s cover both in more detail.

1. Show Him That You’re Hurt

Now, it may sound obvious, but we’ve seen too many cases of men hurting their partner, and she DOESN’T make it clear that she’s hurt.

Sometimes this is because she’s afraid of rocking the boat and escalating the conflict.

But other times it’s because she expects him to read between the lines and see the signs.

Either way, you’d be setting yourself up for disappointment.

Instead, show him and let him know that you’re hurt.

Wear it on your sleeve and DON’T make a secret of it.

And if that still isn’t enough to make him realize he hurt you (which admittedly is often the case), then we move to the next step.

2. Talk About Why He Doesn’t See That He Hurt You

If you’re not getting anywhere by showing him that you’re hurt, then it’s a sign that he’s BLIND to the fact that his behavior hurts you.

This is a very crucial point to understand.

Because if he can’t see that he’s causing you pain, by extension, he can’t give you the acknowledgement and apology you need.

You’re then stuck in scenarios where you’re endlessly chasing him for an apology that he CAN’T give you.

Much like with men who think they do nothing wrong.

So in order to change this, you first need to talk to him about why he doesn’t see that he hurt you.

Why is he blind to it?

You’ll need to have gentle conversations with him about it, and the reason he has difficulty realizing he hurt you is often because he’s blind to his own pain about similar issues.

He doesn’t really know or understand.

So be sure to take things slow and gain his trust, otherwise he’ll just throw up another wall.

Once you’ve had those conversations, he’ll be less blind to his own pain and in turn be able to realize that he hurt you.

How Do You Make a Guy Regret Hurting You

Some of you have asked how you can make a man feel bad for hurting you.

Well, once you’ve helped him be less blind to his own pain, he’ll finally see what he’s put you through and with that will come A LOT of regret.

He’ll see all the difficulty and pain he caused, and the fact that you stuck it through with him will also make him realize YOUR VALUE!

You can likely expect him to regret it for a long time, and he’ll keep bringing up moments from the past that he’s reframed and finally recognize them as painful moments he caused for you.

I’ll admit that some men can be a difficult case to crack, and their walls feel like concrete barricades that are impossible to penetrate.

And experiencing repeated rejection and ignoring from a guy like this can feel really discouraging.

But this is where one-on-one Coaching could help you out.

In a coaching call, we’ll listen to you, to get a crystal clear picture of what your situation is with your man.

You’ll then get clear actionable steps to take, which will lead to him finally understanding the pain he caused you and give you an appropriate apology.

Which in turn will help you heal and find security in your relationship again.

We also have a post that you might find helpful for your situation that you can read here 4 Steps to Make Him Worry About Losing You.

Let me know if you have any questions in the comments section and I’ll get back to you!