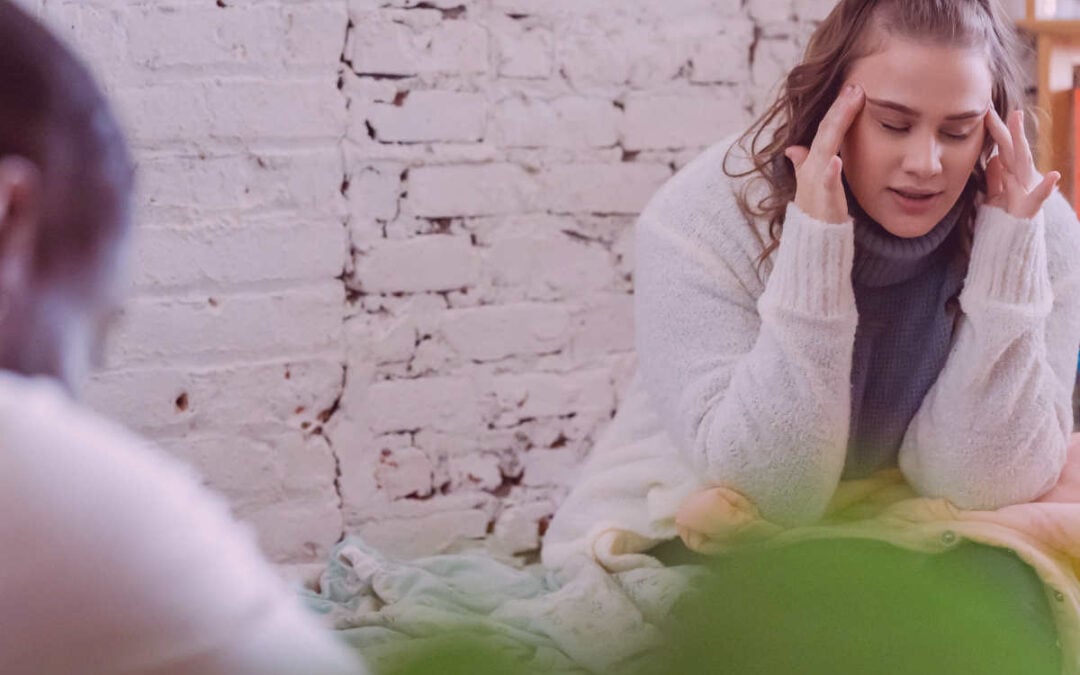 So your husband thinks he does nothing wrong.

He considers himself above all mistakes.

He knows everything and is the unequivocal expert on all matters in your relationship and beyond.

If something goes wrong or if you’re unhappy, that’s all on you.

Because again, your husband thinks he does nothing wrong. So by extension, if it’s not him, then it’s implied (or he straight up tells you) that it’s all somehow YOUR fault.

He washes his hands of the discussion, and goes back to being distant.

…Leaving you feeling unhappy and emotionally abandoned in your marriage…

If that sounds like your current situation, then know you’re NOT ALONE with this.

Many women have to contend with a spouse that simply won’t hear it and think he knows better.

And I’ll be the first to admit that as a husband, I too struggled with this problem with my wife Karolina.

Now, I may not fall onto the extreme end of the spectrum, but the reasons behind this behavior and how to deal with them are the same.

So in this post, I’d like to share our experience with you and how Karolina helped me grow out of not being able to admit I was wrong.

You’ll be able to apply the lessons we learned to your own marriage, so that you can finally hear your husband GENUINELY say the words:

To help you reach this point, we’ll be covering the following questions:

When trying to understand your husband’s behavior, it can be helpful to have a term that captures how you feel about him.

You may have heard or thought of some of the following labels:

Now, he may be one (or all) of these things, and you have every right to be angry/upset and may want to call him things far worse!

When Karolina tried pointing out my resistance to thinking I was wrong and how controlling I could be, it would fall on deaf ears.

We had to go beyond these labels to get me to admit fault.

Because as it turns out, the type of person to never admit they are wrong, is someone who is actually best labeled ‘terribly AFRAID’

Which brings us to our next point…

Why Does My Husband Think He Does Nothing Wrong

Let’s get into your husband’s head a little.

This way, you’ll know exactly what you’re grappling with, which in turn will help you approach him in a way that he can admit he’s wrong.

So, when Karolina confronted me about something I did wrong, and I would stonewall, it was because of a very simple reason:

I was afraid of the negative consequences of doing something wrong.

You see, in our lives we’re often taught that if we make mistakes, it means we deserve punishment.

It can start at a young age, with experiences of being abandoned by a parent in a shopping mall because you were a “Bad child”.

Or more extreme cases, like being hit because you accidentally broke a vase.

Likewise in adulthood you can experience this wrong=punishment dynamic in toxic relationships.

(And also made it difficult for me to open up.)

Because I was so conditioned to believe that being wrong = deserving of punishment.

In the same way, your husband will have his own backstory where he repeatedly experienced excessive punishment (often unjustified) over being wrong.

That’s why he turns everything around on YOU.

That is why your husband thinks he does nothing wrong!

Because he’s afraid that if he’s wrong, he’ll deserve punishment.

And he’s trying to avoid punishment at all costs. So he’ll never give you that win!

To top it all off, he’s likely NOT EVEN AWARE of this mechanism and just how badly it can lead to him being emotionally unavailable.

So the type of person to never apologize and insist they are always right, are typically ones who have experienced excessive punishment over (often small) mistakes.

And when you try to make him see his mistake, he thinks you’re trying to find a way to make him wrong and justify punishing him.

Now, this DOES NOT mean that his behavior is okay, and that you have to put up with it!

Because we know how endlessly giving in your relationship also can’t end well for you.

But seeing it from this perspective will give you much more power over him in your relationship dynamic.

Which brings us to…

How Do You Deal With a Husband Who Is Never Wrong

You know from your own experience that when you live with someone who is never wrong, the more you attack and try to make him see he’s wrong, the more he’ll stonewall you.

Your husband will just plant his feet and selfishly insist he’s done nothing wrong.

Pushing won’t get you anywhere with him. It’ll also drain you fast and make you lose patience…

But how do you deal with a rigid husband, then??

You need to gain his trust, so he reveals his vulnerable side.

Only then will you be able to make him listen to you.

Allow me to explain…

Previously, we covered how when you try to deal with a husband who thinks he is always right, you need to keep in mind that he is afraid of being wrong.

And he is afraid of admitting he’s done something wrong because he believes that it would mean he deserves punishment.

So the only way to actually get through your husband’s defense mechanism is to gain his trust and make him feel safe.

In other words, you need to build and demonstrate that there’s a big safety net for him with giant letters that read:

It’s OKAY to be wrong and make mistakes.

Nothing bad will happen to you.

Only then will you be able to make your husband realize his mistake.

Otherwise, he’ll fight you tooth and nail and never admit he’s wrong, because he doesn’t trust you yet.

It was the same for me with Karolina and I guarantee you, your husband is eyeing you up the same way, thinking:

“Can I really trust her?”

What’s important to note here, is that men are secretly desperate for this kind of safe space, where they can admit fault and feel safe.

Because believe me, the pressure of keeping up the facade of always being ‘right’ and having it all figured out, is actually an immense weight that we’re eager to unload.

So, gradually gain more of his trust and convey to him that you’re a safe space in which there won’t be any punishment.

And your husband will fall into your arms, pouring his heart out and apologizing for all his wrong doings…

Now, this information alone will give you a great advantage already, and you can start thinking about your strategy based on what we’ve talked about here.

And if you’d like more details on how to best go about building this safety net, have a look at our Rebuild Your Relationship course.

Here you’ll learn the right mindset and tools you need to get him from being an uncaring husband, to trusting you with admitting he was wrong and finally telling you those words “I’m sorry.”

We also break down and show you the exact steps we took in our own relationship for Karolina to get through my defenses and gain my trust enough to share these vulnerable things.

Thanks for reading, you can drop your questions in the comments section and if you’d like to learn more on this topic, you might want to read: He Gets Defensive When I Tell Him How I Feel – How to Get Through.