6 Secret Reasons He’s Being Distant Towards You 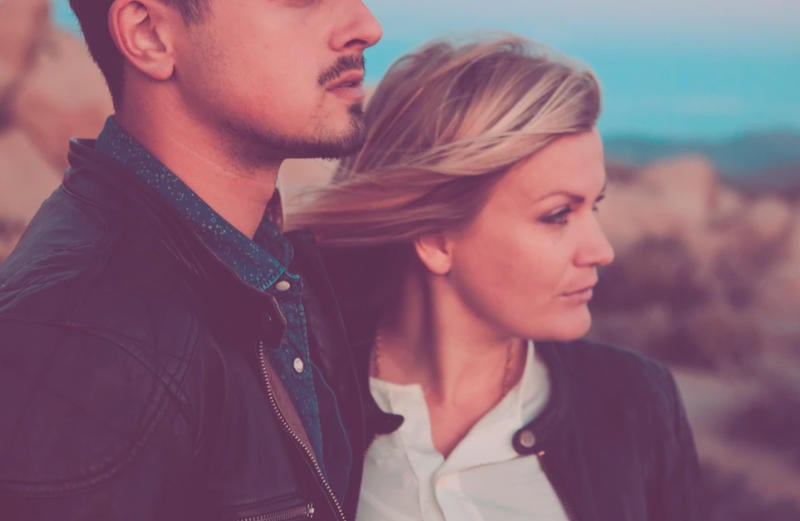 It can be especially frustrating to try to get close to your man and have him reject you and grow increasingly distant.

I’m covering the 6 secrets reasons and WHY he does this.

These are all the secrets that he keeps not so much from you, but from himself.

So bare in mind that he’s often not even conscious of doing these things, this’ll help you apply the knowledge better.

1. He’s Not Aware Of His Emotions

But there’s additional layer to it..

Often men AREN’T EVEN AWARE that they are feeling emotions!

This means he’s not conscious of being emotionally unavailable or distant towards you.

To him everything’s fine. Even if he’s secretly not.

Because of this, you might be trying to find out why he’s so agitated after work and he’ll simply deny anything being wrong.

“What are you talking about? I’m fine”

2. He Has Difficulty Trusting You

He might outwardly communicate that he’s in love with you and wants to build a life with you, etc.

But that doesn’t necessarily means he TRUSTS you.

Yes, I now that sounds bonkers, but let me explain.

Amongst men there’s a general mistrust towards women.

And boys, being in those circles, are unfortunately taught that and pick it up at a young age.

By the time they’re adults it’s something they carry with them, often without even realizing it. Which is often a reason he’s being distant towards you.

As you can imagine this puts roadblocks in the way of your relationship.

But you can definitely get past it, there are ways to gain his trust.

3. He Can’t Admit He Feels Hurt

There’s a lot of shaming between men when one of them expresses they feel emotionally hurt about something.

This leads to habits of hiding and denying his pain, as not to get hurt even more.

In a romantic relationship, this manifests as distance and he’ll be emotionally unavailable.

If you’re in this situation, understand that unless he learns to trust you, he CAN’T admit to feeling hurt..

The risk is simply too great.

Instead, he’ll put his walls up and remain distant towards you.

4. He’s Not Supposed To Be Pampered

I personally LOVE a blueberry smelling hot bath with a cushion and a couple of scented candles.

Add a suspenseful novel to the mix and I’m happy as can be.

It totally helps me relax and unwind.

This however wasn’t always the case for me.

It took me years to learn to allow myself to relax and pamper myself.

(I’ll admit I picked a lot of it up from Karolina :P)

Because it goes against the ‘man rules’. If you enjoy the above, you’re clearly gay and must come out as such.

But it negatively impacts romantic relationships, because men will often feel like they have to hide their ‘girly side’ from their girlfriends.

This upholds his distance and limits his display of (and of course YOUR access to-) a more gentle and vulnerable side.

5. He Can’t Doubt Himself

Men are often raised to be the ULTIMATE ROCK that people can count on.

Always self-assured, confident and certain of where he is going in life, no matter the storm.

And sure, we certainly aspire to be our best selves and be there for our loved ones.

But maintaining an image of indestructibility and ultimate certainty is absolutely EXHAUSTING!

It also does not help you in a relationship.

If he can’t doubt himself and share concerns or lingering questions about a matter with you, he’ll only show you the strong immutable image.

Which severely limits your access to how he’s ACTUALLY FEELING, which in turn creates distance.

Again, this is something he’s mostly likely utterly unaware of.

Because the belief that ‘needing love is weakness’ has been with him from early years.

As you can imagine, such a belief is extremely LIMITING.

And can cause serious distance between the two of you!

Because not only will he NOT look for love from you.

I personally struggled with this one for a long time with Karolina. I was SO BLIND to her affection.

We’ve seen this dynamic with our friends as well and it can be tough to get out of.

Be sure to keep an eye out for this one too.

So these are the 6 secrets that cause distance between the two of you:

To continue reducing the separation that these limiting beliefs create, you should check out our Rebuild Your Relationship course.

In it, we show you what causes this remote behavior in men and give you precise tools to remove those barriers and replace them with a special bond of intimacy and trust.

When your man is being distant many of these secrets can actually reinforcing themselves and make him increasing emotionally unavailable too.

If you think this is the case in your relationship, our article on how to get an emotionally unavailable man to open up is probably worth a read.

If you’d like to share you story or have any questions about the reasons why men are distant, let me know in the comments section. I’d love to help out.