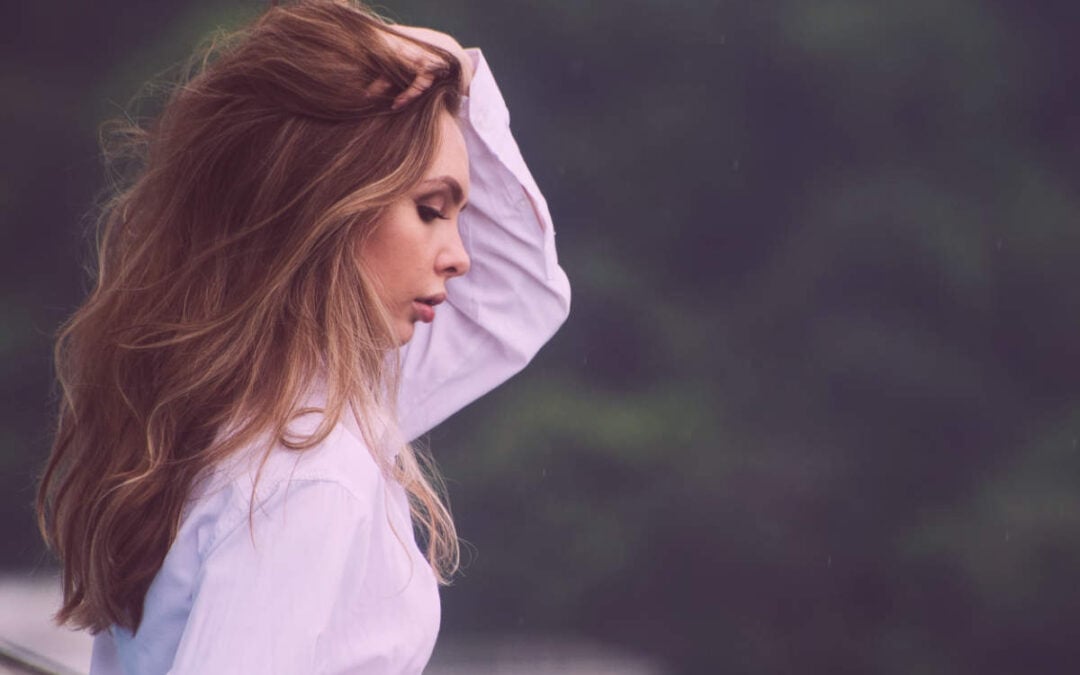 It’s not easy to recognize the signs that he doesn’t love you anymore.

Facing the truth that your boyfriend or husband doesn’t care about you as much as he once did, can be heartbreaking.

Maybe you feel betrayed and disappointed: “How could he give up so easily?!”

Or you blame yourself and wonder why, despite all your efforts, it’s just never enough for him.

It’s painful to know when the love is gone in a relationship.

However, coming to terms with it, is the first step in doing something about it.

So give yourself a pat on the back for being willing to face this difficult truth and keep in mind, what might feel like a seemingly hopeless situation can actually change.

You can get your boyfriend or husband to care and chase you again.

You just need to know how to do it!

In this article, I’ll list the signs that he doesn’t love you anymore and explain what you can do to reignite the spark, get him to step up his game and fight for you again.

The number one sign how you can know that he doesn’t care anymore is when he almost stops putting in any effort into making the relationship work.

This might mean many things, here are some examples:

What makes these signs so hard to accept is that it’s truly upsetting to see how little he actually cares.

Besides, it’s hard to have to chase him and beg him for attention all the time!

The thing is, he doesn’t love you as much as he once did, because he is likely hurt and disappointed himself.

The reason he isn’t putting in the effort anymore is to communicate to you that he is unhappy with how things are.

But then, why doesn’t he just straight up tell you what’s wrong and what he is needing from you, right? This brings me to sign number two…

Another clear indicator that a man doesn’t love you anymore, is when he stops communicating.

You probably used to just get each other. So much so, you could continue talking for hours on end!

But now, he sits in silence and doesn’t tell you why.

Maybe you even tried getting him to talk, it only worked briefly, but then he shut down again.

Here are some example of what it means when a man stops communicating:

It’s not easy to improve communication in a relationship.

In fact, this is something most couples struggle with. It’s a common pitfall that makes couples grow apart and care less for each other.

3. He Is Emotionally Unavailable

The next common sign that can help you know that he doesn’t care anymore is when the man you’re with becomes emotionally unavailable.

He is not as supportive and understanding as he once was. He doesn’t connect with you and feels distant and reserved.

Here are some examples:

When this is the case in your relationship, it really can feel like all the love is gone.

He might even judge you for needing reassurance and emotional closeness.

4. He Is Guarded and Distant

Another sad sign that he doesn’t love you anymore is when your boyfriend or husband is guarded and distant.

It’s similar to the previous one, just that in this case it’s less about him being there for you emotionally and more about how unwilling he is to let you in.

These are the examples of when a man becomes distant and guarded:

Being together with someone who doesn’t let you in anymore is very hard.

You can never feel close or secure.

He leaves you feeling alone and makes you believe that he doesn’t care about losing you.

5. He Doesn’t Make Plans for the Future

A further sign that he doesn’t love you anymore is when a man stops making plans for the future with you.

When a man treats you this way, it’s clear that he isn’t looking forward to doing things together with you.

Being stuck in a relationship with no clear future can be deadening and heart-wrenching at the same time.

On one hand, you’re probably already expecting him to pull away.

But on the other hand, you’re likely also secretly hoping that he is making plans, but just doesn’t share them with you.

Unfortunately, he is most likely losing his feelings and might not even want a future with you anymore.

This is why he isn’t making any plans.

6. He Is Physically Distant

This is another sad and painful sign that your boyfriend or husband doesn’t love you anymore.

When you care about someone, you crave to be physically close to them.

But when his feelings are gone, so is his need for closeness and affection.

These are the examples of what I mean exactly:

Affection and physical closeness are very important ways of bonding between people.

Your boyfriend or husband not wanting closeness with you, shows that he likely doesn’t trust you anymore.

This is why he literally chooses to keep you at an arm’s length.

7. He Desires You Less

The next big sign that a man doesn’t love you anymore is when he doesn’t want or initiate intimacy very often, if at all.

Just like affection, sex is also an important way of connecting and reconciling after a fight.

Here are some examples of what I mean:

This is a very difficult situation he is putting you in.

Maybe you’re thinking to yourself: “He doesn’t want me anymore, and it hurts”.

But let me reassure you here.

He is not interested, not because you’re unattractive or undesirable.

Since he was attracted to you once, all that chemistry can be reignited today.

It’s just that all that fire has been extinguished by the burden of all your unresolved relationship problems.

Keep in mind, there is actually a lot you can do to get him to want you sexually again.

And none of it has anything to do with changing your looks!

Coming to terms that the love is gone, and he doesn’t care as much as he once did, is incredibly difficult.

You’re likely also at your limit at this point.

Maybe you, too, have been losing interest in your relationship for a while now.

But you’ve learned to accept this new reality and live with it.

You might be baffled that your boyfriend or husband doesn’t love you but wants to stay together.

It’s frustrating to be stuck with him, when he is treating you this way.

Or you’re worried that things are hanging by a thread and expecting him to want to leave any moment now.

Either way, you can’t let this situation continue the way it is.

You’ve waited long enough for you to know that It will not resolve itself on its own.

You have two options here, you can either:

a) Call it quits: Tell him that you’ve had enough, you can’t continue living this way and are willing to walk away from him, if he doesn’t try to improve anything.

b) Try to mend things: This one is the safer bet. It’s less likely to actually end in a divorce or a breakup. However, it will require you to put in effort to stop your relationship from dying.

You’ll need to communicate with him and start fixing all the problems that were driving you apart.

My husband and I actually went through this very journey ourselves.

We, too, struggled in our relationship and almost lost each other because of all our problems.

But we managed to overcome them, and now we teach others how to do the same.

If you want structure and a step-by-step plan on how to fix your relationship, check out our online course: Rebuild Your Relationship

Here we teach why men fall out of love and what to do to reverse this process.

We will show you how to set boundaries to make it clear to him that he can’t continue treating you this way.

We’ll also give you tips on what to say and do to make him care more and become wild for you again.

I hope you feel a little less alone after reading all this.

You’re very brave to be facing these sad signs. You really can get him to love you again, but you will have to stand up to him and fend for yourself.

I know how it feels to be questioning your boyfriend’s or husband’s love for you, this is why I suspect you’re likely at your limit with this.

If that’s your case, be sure to check out my other post:

When Is Enough Enough? How to Know When to Give Up and Let Go

Thank you for reading, I hope you have lovely days despite the heavy topic.

And if you have any questions, leave me a comment down below.