Why Do I Need Constant Reassurance in a Relationship 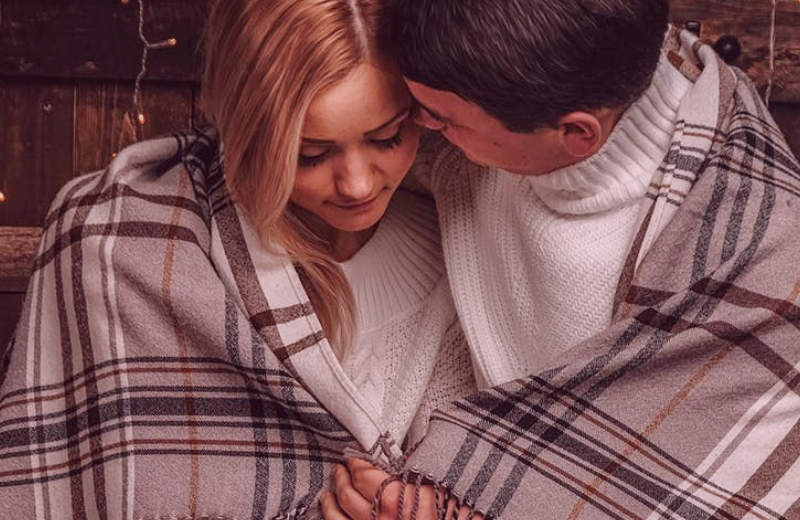 If you find yourself constantly needing reassurance in your relationship, let me first tell you, I’ve been there.

I struggled with endlessly needing to hear that everything was okay ALL THE TIME in my relationship.

“Do you love me? Are you gonna leave me? Is everything okay with us? Are you mad at me?”

It’s a miserable place to be in.

Because your mind is never at ease, and you’re dealing with the constant fear, doubt and worry of something bad happening without warning.

Not to mention my girlfriend, Karolina, had given me no reason to worry!

So on top of it all, I was persistently worried about annoying her too… which then led to me worrying that we might be fighting too often, and on it went.

But in time I learned why I had a constant need for reassurance, where it came from and finally how to overcome it.

And I’m going to explain how you can too.

What Does Reassurance Mean in a Relationship

Starting with what might seem obvious, but is actually a common question people ask.

“What exactly does reassurance mean?”

Reassurance is your partner putting you at ease about a relationship worry you have.

For example with Karolina, I would often worry about her secretly judging me as lazy and in turn an unsuitable partner.

So even after a hard day’s work, if I decided to just watch YouTube to relax, and she’d walk in, I was worried she was silently judging me as lazy.

I would express my worry, and she would reassure me:

THAT is what reassurance means in a relationship.

You have a constant worry in your relationship, and then your partner contradicts that worry.

Is It Ok to Seek Reassurance in a Relationship

As though needing reassurance wasn’t embarrassing enough, I also felt guilty about needing it!

And it’s a catch-22 scenario, because you might feel reluctant to ask for reassurance because it’s a vulnerable thing to do.

But once you muster the courage to ask, you might immediately feel like you SHOULDN’T be needing it.

Personally, I had all sorts of judgements tumbling through my head:

“Is wanting reassurance bad? Why am I so insecure? Why do I need constant reassurance? Why can’t I just get over it!”

And being stuck in this position makes an already difficult situation trickier.

Not only is it okay, it’s NECESSARY.

What do I mean by that?

As we grow up, reassurance is crucial because it’s what allows us to have our thoughts and feelings validated by an external authority.

It’s what helps us form a sense of confidence and certainty about ourselves and the world around us.

But when we lack that -*cough* emotionally unavailable parents. – then we never get to build that foundation that everybody needs and deserves.

So we become insecure in our relationships.

Because we’re not sure whether we can trust our thoughts and feelings in a situation.

So later in life we have to play catch up on all of that missing reassurance.

I had to get the reassurances I needed much later in my life too, most of it in my 30s in fact!

And this catching up often happens in our relationships, just as was the case with Karolina and me…

How Do I Stop Being so Insecure

In order to stop the overthinking, insecurities, and constant need for reassurance, we need a couple of things:

Awareness of your situation, which you’ve already completed since that’s what got you here.

So well done on finding the courage!

Next, it’s important to understand that your insecurities are driving a constant need for reassurance.

For me, it was generally an underlying fear that she would ultimately change her mind about us and decide to call it quits.

But by becoming aware of- and understanding my own insecurities, I was better able to ask for the reassurance I needed.

Ask for the reassurance you need.

Simply getting the right kind of reassurance is the BEST way to overcome any insecurity.

As previously mentioned, this kind of validation is something we just inherently need to feel confident in ourselves.

And when we don’t get enough of it in our childhood, we need to catch up on it later.

Brushing up on our communication skills can also help with this.

Which leads us to our last point.

How Do I Ask My Partner for Reassurance

This is the most crucial step, but may also be the most scary.

Because you have to ask for reassurance or attention without wanting to seem needy.

I would know, it’s a vulnerable position to be in.

You should remember though, that men actually need constant reassurance as much as women do.

For me, it actually turned out that reassurance was a love language of mine. (words of affirmation) and a really important one at that.

So know that it’s NOT just you who needs constant validation.

It’s men, it’s women, and it’s everybody to a greater or lesser extent.

Now, as for how to ask your partner for reassurance while maintaining your dignity.

As previously mentioned, you can of course just ask for it.

In addition, there are specific ways to ask for reassurance that guarantee you get it and make you feel empowered while doing so.

Since this challenge was such a big part of my own and Karolina’s struggle in our relationship, we were sure to specifically add how exactly to get the validation and reassurance you need in our Rebuild Your Relationship course.

We designed it especially for women and in it, we show you the exact phrases to use to get what you need from your man.

We also teach you how to build confidence so that down the line, you rarely even need reassurance because you will feel secure in your relationship.

Otherwise, if there’s something I missed, or you have any other questions, leave them in the comments below, and I’ll get back to you.

And if you’d like some related reading to the topic of constant reassurance, you might find How to Make Him Listen to You interesting.