Do Guys Notice When You Stop Texting Them? Yes, They Do! 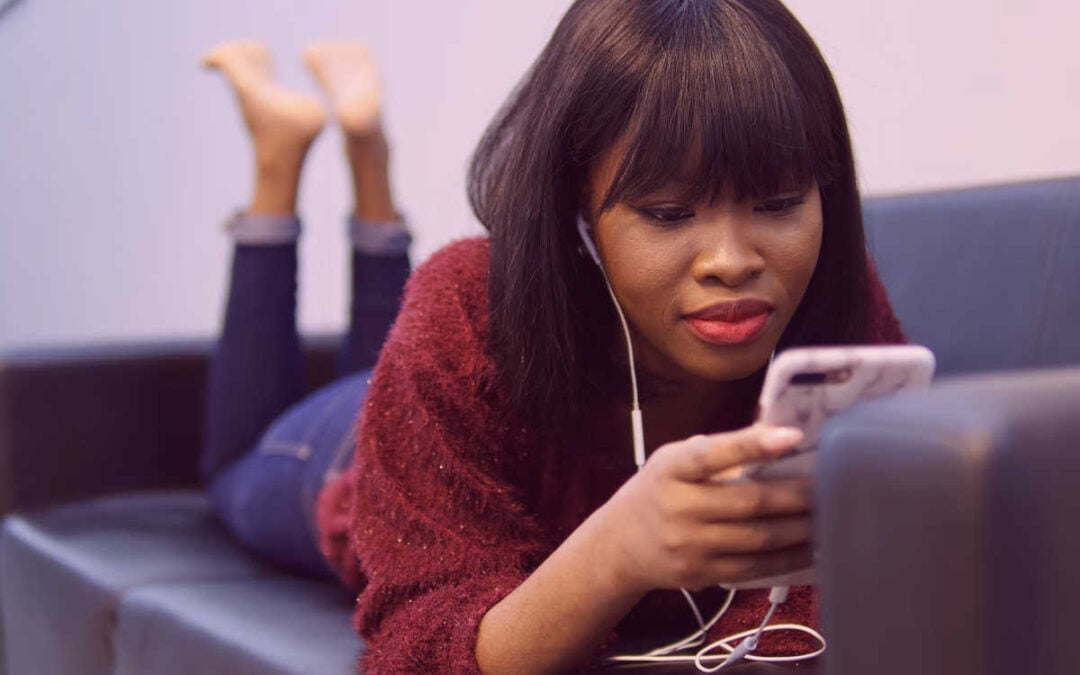 Do guys even notice when you stop texting them?

If you’re asking yourself this very question, chances are a man you like hasn’t been giving you much attention lately…

Maybe things were going well initially. You guys had a good rapport, and he was giving you all the right signals.

But then he suddenly became more distant, started taking forever to reply or giving you one word answers.

Maybe things became so bad, it made you wonder: will he even care if I don’t text him anymore?

Guys’ can be so tiresome!

They love playing hard to get, by acting distant and unavailable.

But at the same time, in some cases, their silence and resistance are subtle ways of communicating that they’re not really into you.

In this post, I will help you make sense of men’s strange texting behaviors. I will also give you some tips on how to respond in a way that will make him more interested in you.

But before getting into any more details, let me first give you a one clear answer to your first burning question:

Yes, guys absolutely notice when you stop texting them.

You see, when a man receives a lot of texts from a woman, he knows it’s a sign that she is interested in him.

Deep down, everybody enjoys receiving attention, it’s flattering and makes him feel better about himself.

So when the source of all that validation suddenly vanishes because you stopped chasing him, he will notice it.

Whether he will really care about it or not, that’s a whole different story…

Do Guys Care if You Stop Talking To Them

The answer to this question is pretty straightforward:

A guy who is genuinely interested in you will care if you stop texting him.

Even if you’ve been overtexting him so much so, he was getting slightly annoyed with everything you’ve been needing from him lately.

Still, if he really likes you, he will become at least a little unsettled when you’re suddenly not talking to him anymore.

That’s because deep down he was enjoying it and liked the feeling of having you crush on him so hard.

At the same time, a guy who isn’t interested in you will not really care if you stop talking to him.

Maybe he is just a player and was never serious about you to begin with.

Or maybe he has a hard time saying ‘no’ and was just being polite until now.

Either way, a guy who isn’t into you might even feel relieved when you stop chasing him.

Should I Stop Texting Him to Get His Attention?

Now you know that guys do notice when you stop texting them. You also know that them caring about it fully depends on whether they like you or not.

This is where we can start discussing how to play this out strategically, so that you can get him to respond and pay attention to you.

So does not texting a guy back make him want you more?

You can probably guess the answer to this one already.

A guy who just isn’t into you is not going to want you more when you don’t text him back.

He doesn’t really care and isn’t seriously interested, so you not replying isn’t going to change this and suddenly get his attention.

It’s a lost cause and a waste of time. Best just move on.

A guy who is interested in you, on the other hand, he will definitely feel unsettled when you don’t text him back.

After all, he was enjoying having you around and giving him all the validation.

So when the source of all those good feelings vanishes out of the blue because you stopped texting him, that will get his attention.

He will start worrying if you changed your mind about him and is going to try to do something to get you hooked again.

There is one exception to this rule, though.

Things might work a little different if the guy you’re dating is emotionally unavailable.

These kinds of men have an extra hard time showing their true feelings and risking getting hurt.

They might take you not texting them as a rejection, and only pull away more as a result of it. They will feel insecure, believe you don’t really care and that you are anyway better off without them.

An emotionally unavailable man will start sending you subtle signals that he misses you, though.

How Do You Know When to Stop Texting a Guy?

If a guy you’ve been texting with…

Then know, that these are all signs that you should stop texting him.

No response is a response, but it can mean many things.

You need to stop chasing him, in order to see where he truly stands. If he cares about you, he will miss you and reach out.

If he doesn’t, you won’t hear from him for a while.

Beware, he might get back in touch with you a few weeks or even months further down the line and pretend as though the falling out never happened. Ghosters do have the tendency to come back.

But there is no point for you to waste your time on someone who isn’t serious and wants to just drop in and out of your life, no strings attached and no explanation.

You deserve so much more than this! Plus, your time will be better spend finding the right guy instead.

I Stopped Texting Him and Haven’t Heard From Him

I know that being so clear and decisive is much easier said than done.

Maybe things felt really special between you and this guy, so much so, you even wonder:

The thing is, a man who truly loves you will show it to you. He will also make the effort to keep you hooked even when you stop chasing him.

So if you stopped texting a guy, and you haven’t heard from him, that’s most likely a sign that he isn’t really serious about you.

It takes a certain degree of maturity to really commit and build a happy relationship.

A lot of people out there just aren’t there yet.

Maybe he did like you, but isn’t mature enough to really let you in and put in the work…

But if you really want to make sure you gave this relationship all you’ve got, you can always wait a little, then get back in touch with him to see if he is more responsive or not.

Sometimes, just giving him space isn’t enough to get a guy to make more effort. You have to drag him out of his hole afterwards, too!

But if you try again and still he either takes forever to reply, gives you one word answers or doesn’t respond at all, that’s a definite sign for you to just move on onto something better.

If after reading all this, you still feel unsure about your situation, this is something I could help you figure out in a coaching call.

Here you could tell me more about what happened between the two of you and how it came to this. Then together we would come up with other things you can do to get his attention and make him want you more.

This way, you can be absolutely certain that you did all you could to save your relationship.

In case you want to learn more about why guys act this way, read my other post on: Why Men Pull Away and How to Get Them to Stop Doing It.

And if you’re wondering how to really recognize it if the guy likes you or not, be sure to check out: 14 Signs He Just Isn’t Into You.

Thank you for reading!

And if you have any questions about how guys react when you stop texting them, leave me a comment, and I’ll get back to you!