6 Reasons He Isn’t Texting You Back & What To Do 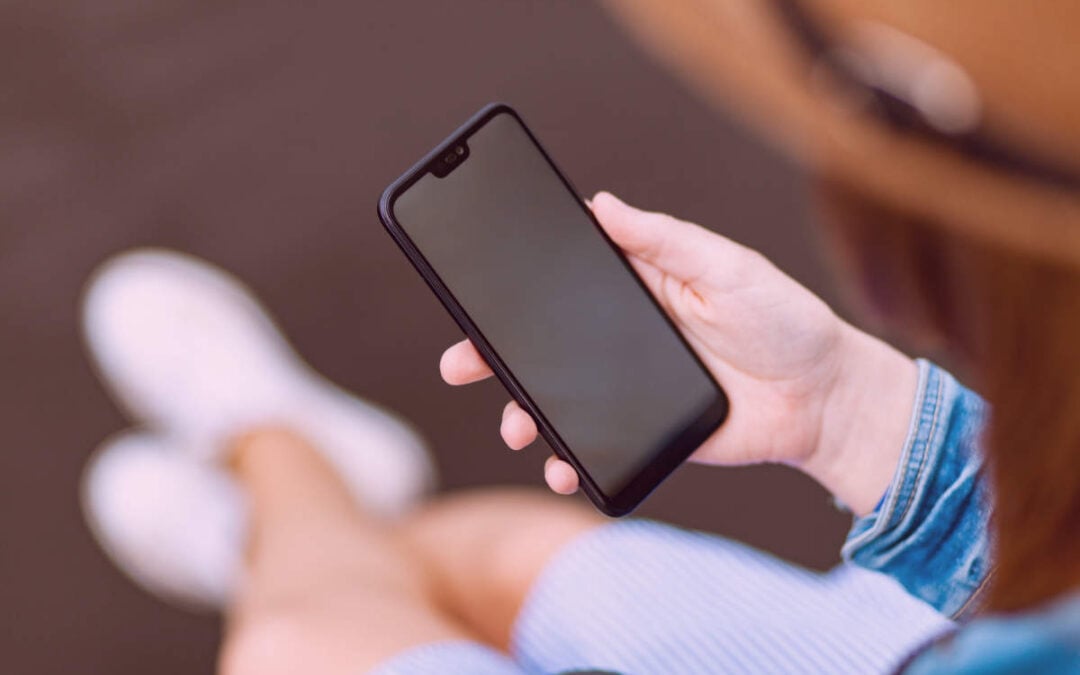 You sent him a text a few hours, days -or even a week ago, and he still hasn’t texted you back?

You know he got your text because you’ve seen him online, or got a ‘delivered’ confirmation, or he may have even straight up left you on ‘read’.

Which understandably has you asking what to do when he doesn’t text you back?

Hi, I’m Gabriel, and I’m going to help you with your dilemma. In today’s post, I’ll talk about what you should (and should not) do to get him to text you back.

Enough introduction, let’s relieve some of your concerns!

5 Most Common Reasons Why Guys Do Not Text You Back

First and foremost, it’s crucial that we talk about WHY he might not be texting back. Because if you don’t take these points into account, you’re going in blind and risk screwing up your chances.

So let’s quickly go over the reasons why he might not be texting you back.

Out of the following six reasons, this is admittedly a less common scenario, because in most instances, he should have a moment to send you a short text to let you know everything’s okay.

But it may be that he’s having a genuinely busy day that’s preoccupying his ENTIRE attention.

Whether it’s a demanding boss drowning him in paperwork, family drama that he needs to sort out, or something else entirely.

2. He Didn’t Think Your Text Required A Response

If you sent him a text that he might interpret as something not requiring an answer, he might just leave you on ‘read.’

When he doesn’t see a clear question or intention behind a text, he might let the conversation run dry or leave you hanging awkwardly.

Possibly not even thinking much of it, he shrugs his shoulders, and simply goes about his day.

Totally oblivious, that you were hoping for him to text you back.

3. He’s Annoyed About Something That Happened

Something might have gone down between the two of you, and he’s annoyed or even angry about it.

His answer to the problem? — Throw a tantrum and not text you back.

Whatever big or small incident may have transpired between you two, it’ll be important to eventually clear the air once he gives you a chance.

Him not texting you back can also be his indirect way of telling you that he just wants space.

As to why he wants space, that could be for multiple reasons, including the previous point (him being annoyed or hurt about something).

All in all, it’s best to give him space the right way before reaching out again.

5. He’s A Player -And You Shouldn’t Trust Him

Sometimes the simple reason he’s not texting back is that he’s a player.

Players juggle multiple women at once and are NOT SERIOUS about a relationship!

So they do the bare minimum to string you along, and that can mean not bothering to text you back in a timely manner.

If you’re unsure and maybe haven’t known him for a long time, these warning signs will tell you if he’s a player.

Now, I hate to be the bearer of bad news, but it needs to be said:

Sometimes a guy might not message you back because your feelings are unfortunately one-sided.

To you, it may have been absolutely AMAZING, and you’re head over heels and missed the signs that he isn’t into you.

But I hope to be wrong on this one!

Should I Text Again If There Is No Reply?

9 out of 10 times, you should NOT text again if there is no reply. At least not immediately!

Because you’ll be ruining your chances or potentially hurting yourself, REGARDLESS of which scenario he fits into:

If you text him again, he’ll see all your messages once he gets the chance to catch a breath and might think you are needy or controlling, which won’t help your chances.

2. He Doesn’t Think Your Text Required A Response

Best case scenario, you manage to clarify that you actually were hoping for a response, and he happily obliges. But it’s likelier that he’ll think you’re being pushy if you text again too soon.

3. He’s Annoyed About Something That Happened or 4. He Wants Space

In these scenarios, he’ll become MORE agitated with you if you text him again because he’s sulking and needs some time.

5. He’s A Player -And You Shouldn’t Trust Him

You’d be heading down a dead end street and wasting your energy. Time to cut him loose and finally find the right guy.

If you know this is the case, then texting him again would be a wild goose chase and potentially mean further hurt for you. Maybe save yourself the trouble and come to terms with it being a one-sided love…

So for these reasons (and more that we won’t cover today) it’s best to WAIT for two to three days before texting him again.

If you do, he’ll think of you as laid back and appreciate you giving him the time he needed to come around again.

As you can see, pausing and giving him some space is often what you should do when he isn’t texting you back, instead of texting again.

Is No Response A Rejection?

No response is a response, but it does not necessarily mean rejection. Rather, it entirely depends on your particular circumstances.

If he falls into any of the first 4 categories we covered:

— Then him not responding DOES NOT automatically equal rejection. You’ll likely get a chance to clarify things and reconnect.

Now with all of that out of the way, let’s finally discuss…

Is your mind racing with all sorts of unpleasant or even horrible scenarios to explain him not texting you back?

If so, I recommend putting your phone aside for a moment. Take a deep couple of breaths and relax…

Chances of anything dramatic having happened are statistically slim, and everything is going to be OKAY.

You might be tempted to grab your phone and repeatedly text or call him, or like his posts on social media to finally invoke a response from him.

If this is you, definitely DO NOT do it.

Remaining calm is vital in a moment like this, because if you go off the rails now, you might just scare him off for good.

3. Do Not Text Him Again Right Away

In addition, you certainly don’t want to text him hours (let alone minutes) after your prior text.

Now is the time to play the waiting game…

And waiting means 2–3 days before you text him again. Yes, 2 whole days at least!

Because you need to SHOW him that you’re not desperate. Nothing will scare a man off faster than desperation.

4. Shift Your Focus To Something Unrelated

We’ve talked about what not to do so far. Now the first thing you should do when he isn’t texting you back is to shift your focus to something engaging that is ENTIRELY unrelated to him.

This will help you get through those couple of days.

It can be work, hobbies, friends, family, etc. Dedicate your full attention to people or an activity that captivates you.

And time will fly by in… well, no time!

What’s more, doing this (amongst other sneaky tricks) will actually make him miss you.

It goes without saying that if he texts you prior to the 2–3 days being complete, it’s okay to respond.

Give it at least half a day before you get back to him. (Unless you’re on thin ice with him and things are critical, then respond sooner)

Because he needs to realize you’re not at his beck and call. Let him feel that you have other things going on, that you have a life and interests of your own.

6. Text Him Again With A Clear Intention

Now, if a couple of days have passed, and you haven’t heard from him at all, then you can try texting him again.

Don’t type something in a rush, hit ‘send’ and hope or even regret it a moment later!

Take your time to figure out exactly what you want to achieve, have a clear intention in mind to help steer your message in the right direction. Examples might be:

7. Ask Him A Question He’ll Want To Answer

With your intention in mind, ask him a question you know he’ll enjoy answering.

For example, you can follow up on that event he mentioned or ask him how his stressful job is going.

Think of a question that you know he is likely to want to answer because he doesn’t mind it, or better yet WANTS to answer!

The key here is to NOT ask any questions that are about yourself and what you want. Make sure they’re about him (at least initially). This will give you the best chances of him texting you back.

…Which can lead to small talk, further questions, a friendly exchange and finally another date.

What If He Doesn’t Text Back At All?

If he doesn’t text back at all despite your best efforts, then he’s unfortunately not interested or was a player to begin with.

Either way, it’s out of your control at this point.

Some of you still might not want to let go, and you can try again in another 2 weeks, but chances are very slim that he’ll text you back at this point.

I know it’s easier said than done, but I’d recommend you try dating other men for now and if you do hear back from him eventually, you can always give it another shot.

The reason I don’t recommend endlessly chasing without at least seeing other guys is that it won’t do your self-worth any good.

Now, I know this is not everyone, but if you struggle with this, you might find it helpful to read my other post: 10 Ways to Stop Obsessing Over Someone.

And if you’re clear that you still can’t let go yet, you might be interested in checking out: Do Guys Notice When You Stop Texting Them? Yes, They Do!

Thank you for reading, regardless of your conclusion, I hope you at least found some of the answers you were looking for.

And if you have any questions about a guy not texting you back, please leave them in the comments section and I’ll get back to you!