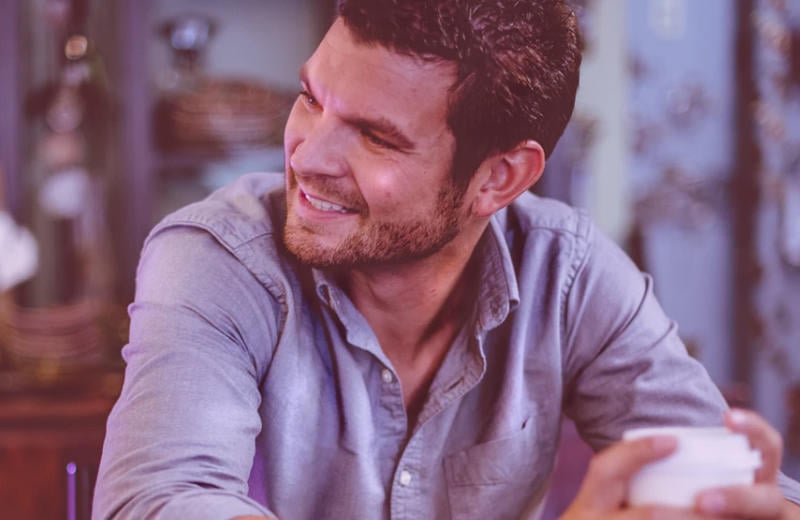 Of all the things men love to hear women say to them, there are a few that they are truly DYING to hear most.

Also, they are most likely NOT EVEN AWARE, of needing to hear them.

This puts YOU in a really good position!

You’ll get through to the core of his heart and trust.

And he’ll appreciate and value YOU for it.

Even men in relationships don’t necessarily believe that their partner will be there for them.

Especially in a moment of dire need.

Because chances are like most people, your man has made the distressing experience of being left to fin for himself when he wasn’t ready.

So when he is about to take on a task that is daunting to him (EVEN if it’s a small one) he’ll appreciate you for supporting him.

Let him know “I’ve got your back.”

Let him feel it. That if he needs support, you’re in his corner.

That if something goes wrong, if he falters or struggles that you’ll be there to pick up the pieces with him.

It’s something he desperately needs to hear from you. He will trust and appreciate you more for it.

In my case, my father was unnecessarily cruel and harsh.

He put me through torturous tasks where the stakes were intentionally set against me.

That way I was guaranteed to fail the task.

He would then come down on me like a pile of bricks with what he considered to be valuable “Life lessons”.

There is a good chance your partner has had at least some similar experiences with people in their lives.

So when they mess up on something, a self-punishing pattern might kick in.

In these moments you can tell him that “It’s okay to make mistakes.”

You can reassure him that everybody makes mistakes and that there’s no shame in falling.

“Why do we fall? So we can learn to pick ourselves up.”

This is the next thing your man might need to hear after the above mentioned moment.

After he’s fallen and you’ve helped him up and dust himself off, When he’s ready, he’ll likely want to try again.

You showing your SUPPORT and telling him

“I believe in you and I know you can do it.”

Will fill him with so much pride, you might even catch his eyes watering up.

These are powerful words.

And ones we often, unfortunately, don’t hear enough.

So when YOU ARE the one to deliver the words to him, he’ll respect and open up to you even more.

There are also other things you can to do make him more emotionally available.

4. “Thank You for Making an Effort”

Your man might be a little oblivious to your needs.

In these moments, be sure to tell him it’s not quite what you meant.

But in ADDITION to that. What a man really needs to hear is “Thank you for making an effort.”

The reason to do this is because it shows him that you appreciate his efforts and it ENCOURAGES him to try again.

And be able to give you exactly what you truly want.

This one is simple.

When your man seems touchy about a certain topic or avoids answering questions.

Telling him “We don’t have to talk about it now.”

Can instantly relax him and even lower his guard.

You see, men are sensitive to feeling pressured into talking about things they don’t want to talk about.

They don’t want to feel forced or obliged to tell things to their girlfriends they don’t feel ready to.

So when you demonstrate that you are understanding about that and aren’t pushing.

It might also totally surprise him and if he has this continuous experience with you, it’s likely he will trust and open up to you.

Even though we live in the modern age with an ongoing conversation about equality between the sexes.

I’ve heard many stories about women worrying about being judged for making the first move in seeking intimacy with their partner.

That they’ve been shamed for their sexual desire.

So when women have those kinds of experiences, it’s obvious they would be hesitant to initiate.

And it’s important to be cautious and have trust with your partner before doing so.

Having said all of that…

To hear the words “I want you.” and FEEL that you do.

It’s a very intimate and special feeling to a man and in turn, he will desire and value you even more.

Now, remember if you want maximum impact, do not just deliver the lines.

If you want what you say to have a REAL EFFECT on your man, you need these things to come from the heart.

Say what FEELS REAL to you.

Put it in your own words or give it your own spin if that feels better to you.

Now you’re fully equipped and prepared to say the words that will have him totally melt in your arms and tell you that you’re the most caring and understanding woman in the world!

If for some reason, however, he’s a stubborn one and eyes you up suspiciously with disbelief, even when you say these nice things…

Then maybe he’s the type who wants you to be curious instead and responds better to being asked questions like these.

Now saying the things to your man wants to hear is a wonderful thing to do for him, but let’s take a moment to talk about what’s in it for YOU.

Chances are you’re trying to figure out what he needs, so that you can win him over and gain his trust. And this in turn should help build the deeper bond and security with him that you’re maybe longing for.

But as I’m sure you’ve experienced yourself, simply saying what he wants to hear or doing what he wants, is unfortunately rarely enough to get him to treat- and relate to you the way you actually want!

It’s a common misunderstanding, that these things alone, will change a mans behavior.

If you want to truly change things with him and take your relationship to the next level, then don’t miss our Rebuild Your Relationship course.

In it we go beyond the things men like to hear and teach you exactly what steps you need to take to get him to respect and value you; a relationship where he just can’t get enough and wants to build a special and deep attachment, just with you.

If you have any questions about what men need to hear or if you would like to share your own experiences, let me know in the comments.

I’d love to hear your thoughts.

I agree 100%. The proof is in our 33-plus years of marriage. Tonight is date night, so yeah, we are still honeymooning.🥰

I am fortunate, and the 6 things above have always been part of our love language.

P.S. In case you look to see who wrote this: Daryl is my name and I am female. The world wide web seems to think all Daryls are male. My pet peeve is assuming I am male and spelling my name wrong. 😆

That’s nice to hear Daryl! Really happy for you!