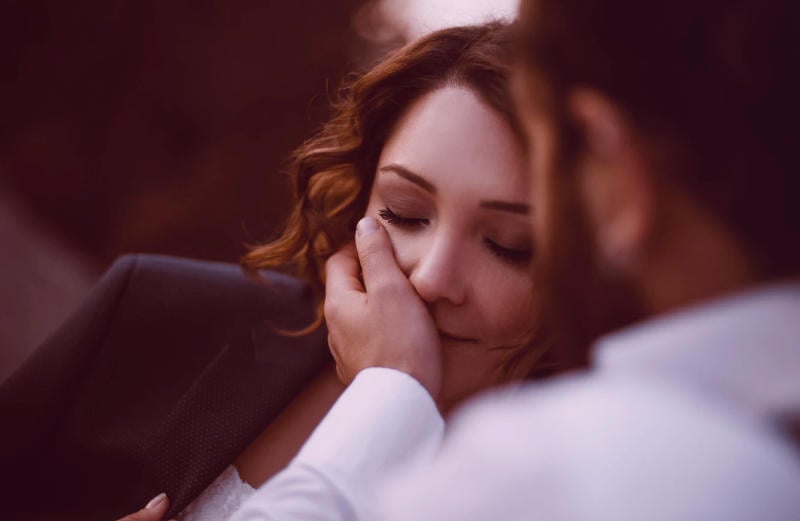 Get what I want by using my insecurities?? How the hell is that supposed to work?!”

You’d likely expect insecurities to NOT get you what you want in a relationship.

Something you might actually rather HIDE so that you’re not rejected!

But there’s an unexpected loophole…

#1 Your Insecurities Are a Way to Connect With Him

When you feel insecure about something, you’re likely in a VULNERABLE state.

(Which yes, is often NOT a pleasant experience since it carries RISK)

However, if you’ve built some trust with him and you then display some vulnerability (insecurity) of yours, it will make him CONNECT with you.

In other words, it’s not a protective mask you’re presenting to him.

It’s the real YOU.

And when you do that, you connect straight with him and his heart.

If you’re not sure how to do this, just try to FEEL your emotions and insecurities.

It’s in FEELING them that they become “visible” to both you AND to him. When your emotions aren’t being felt, they remain hidden.

As a man, I will tell you that in my experience…

When women did this, it immediately created an IRRESISTABLE connection between her and myself.

#2 Once You Are Connected With Him, He’ll Want to Care For You

The connection you’ve established is a very POWERFUL one.

Because it’s based on real emotions you’re sharing with him.

This creates a connection with his heart that he can’t resist.

Since you’re making him feel SPECIAL because you trusted him with your insecurities and that in turn will make him feel like ‘the man’ and invoke his protective instincts.

To illustrate, when Karolina shares something vulnerable with me like this, it immediately SOFTENS me…

But it also makes me feel like I WANT to take care of her and give her what she wants!

You see, you’ve tapped into a man’s protective instincts and he’ll move mountains to try and make you happy.

#3 In The Protective Instinct State, You Can Get What You Want From Him

Once you’ve gotten him into the protective instinct state, it’s a good time to get what you want from him.

He’ll be far more receptive since he’s bonded with you now.

Whether you want more intimacy, to feel safer or you just want him to finally listen to you, so that you feel supported and understood by him.

Whatever it is you’re needing…

There’s a much higher chance of getting it from him when you’ve connected with him this way through you’re insecurities and vulnerability.

Got any questions or thoughts about this post? Let me know in the comments section and I’ll get back to you.