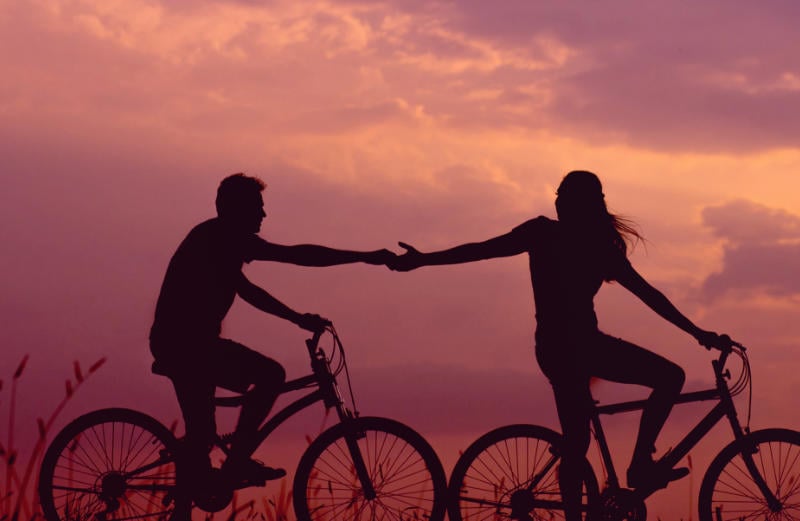 A man’s world is very different from that of a women’s. It doesn’t operate by the same rules and although there may be greater freedoms in one area, others are restrained and often forbidden.

Not many women get a chance to glance behind the unspoken iron curtain that isolates men. As was the case with me, most men are utterly unaware of there even being a division or a set of unspoken rules.

It’s the world we’ve lived in our entire lives, so it’s normal to us. So piercing it as an outsider, is no easy feat.

Few women in my life were able to reach through these constructed barriers and gain my trust.

I’m going to share what allowed these women to achieve that, so that you can apply the same principles in your relationship to bring your man closer.

As a boy, I was frequently reminded of the fundamental differences between men and women.

I was made to understand that the way we think and our needs are inherently so fundamentally different, that this is what causes the inevitable conflicts and difficulties in relationships.

That this was the natural state of affairs and not much could be done about it.

Later I learned that girls were raised with a similar school of thought.

This attitude creates an early rift between the sexes, that can deepen with age. A set of prejudices and expectations that pits us against each other and only widens the chasm.

Women that were able to get through to me, did not believe the narrative of inherent conflict between the sexes.

First and foremost, they didn’t see me as a man, they saw me as a person.

A person, just like them. That was struggling in finding a place in the world and shelter from the bombardment of expectations and demands.

They understood, that although our worlds were vastly different. Our needs and desires were alike.

They saw a unique opportunity in teaching one another about, what the other’s world didn’t permit. This could create alliances to be reckoned with.

Being around that kind of attitude, built trust and brought me closer to my values and created more awareness of my own emotions.

2. They Understood That I Was An Unwitting Prisoner

The men’s world I grew up in severely restricted and frowned upon kindness and compassion. Emotions in general were thought of as a sign of weakness, that needed to be instantly quelled by ‘hardening’ your child.

By the time I’d freed myself from their jurisdiction, I was already numbed out and blind to my emotional needs.

Karolina had a great eye for spotting the emotional imprisonment of men and would take my side in the least expected moments.

Me: “Statement about how tough it can be for women in the world”

Karolina: “Is it any different for men really?”

I received empathy that pierced straight through the cage, I didn’t even realize surrounded me.

She wasn’t disagreeing with things being bad for women. She was empathising with predicaments men dealt with as well.

She was seeing the common thread in our suffering, the things that united us. Not what differentiated us.

The accumulation of these kinds of experiences softened me and made me less distant.

3. They Built Me Up & Encouraged Me

When I was in a vulnerable spot, Karolina didn’t take advantage of the situation by coming down on me or establishing an elevated position.

What some consider “just teasing” and “only joking”, wasn’t to her. She understood that words can diminish and disempower a man, especially if they were in a compromised position or their guard was down.

She understood that suggesting deficiencies or limitations (often under the guise of teasing or fun) reinforces existing limiting roles and beliefs. This take away an opportunity to grow out of them.

Instead, she was incredibly gentle encouraging, this allowed me to get back up on my feet and try again. It also showed me I could trust her and that she wouldn’t judge me or take advantage of my vulnerability.

4. They Had Little Regard For Authority

There is nothing more delightful than witnessing a woman not conform to what is expected of her.

Especially in the face of self appointed authority, who considers themselves.. well an authority and that that justifies them being condescending.

The harder an authority pushed, the harder they push back.

“What does this have to do with making a man less distant man?”’ You might ask.

Defiance requires strength and backbone. This character trait shows she’s willing to take a stand and protect what she cares about!

It creates a sense of protection and safety, which builds trust and can bring a man closer to you.

Don’t let anybody tell you men don’t experience fear and crave safety. That’s utter BS. We too have the same needs, we’re just not allowed to acknowledge, let alone express them.

5. They Sought To Build A Life For Themselves

Nothing is sexier than a woman building her own future. It’s the opposite of what many women are made to be and men are conditioned to expect.

You know what it secretly does for a man?

It means he isn’t expected to have it all figured out and fit the role of sole provider. It means he can build a future with you and share the responsibilities in your lives.

This creates a level of interdependence and freedom that nothing can rival. So don’t shy away from your ambitions, they’re an asset.

You may have noticed that all of these points have a common theme.

They describe women that lead.

Yes, Leadership is sexy. It’s trust inducing and means a man isn’t expected to have it all figured out. It means he can share the load of responsibilities and decision making with you!

I’ve heard women say they’re afraid men won’t find them attractive, that the only way to make it work is to be subservient, otherwise the men will feel inadequate and run away.

That may be the case for some, but know that a large portion of men crave these qualities in a women (often secretly). They’re simply very reluctant to admit it, since they’ve been reprimanded in their youth.

Also, let us know what traits somebody had that helped you become less distant in the comments section!