Should You Block Or Ignore An Ex? When To Do Which 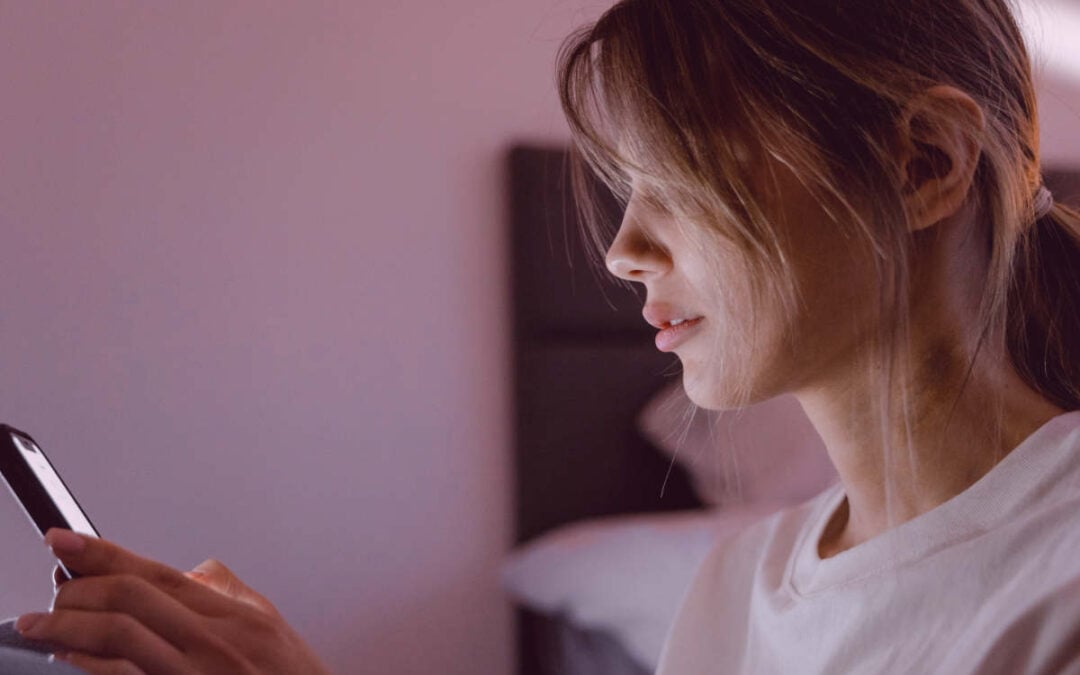 If you’re wondering whether it’s better to block or ignore an ex, chances are you’re pretty hurt.

Maybe they did something extremely out of line. Or you just had enough of the same old problems constantly repeating themselves. Perhaps it was their decision to end things that broke your heart…

Regardless of what led you to this point, I’m so sorry you’re going through this!

I know how much it hurts to be on the verge of wanting to ignore or block your ex.

My husband and I broke up three times in the first two years of our relationship. And there was a time when I needed to cut him off for a while to give myself room to heal and recover.

It didn’t really work as I intended… but more on this later.

In this blog post I’ll explain what blocking an ex does to an ex, when to do it and when it’s better to just ignore them.

I’ll also share a bit more of our story and our clients stories to really illustrate how exes react depending on the circumstances of your breakup. But before going into it, I want to clarify a couple of your guy’s questions about blocking an ex:

What You Need To Know Before Blocking An Ex

Blocking an ex might be the last time you’ll ever interact with them. But it also can give your ex that irresistible impulse to lose all sense of self-control and start chasing you.

Generally speaking, it tends to have the opposite effect than the one you intended it to have.

If you’re trying to move on, your ex will likely feel compelled to chase you.

And if you’re doing it to get them to come back to you, it might only backfire and drive them further away.

It’s a paradox. For you to understand it, we need to dive a little into the psychology of blocking an ex.

What Message Does Blocking An Ex Send

Blocking an ex sends a very clear message of rejection: that you’re very hurt and angry and don’t want anything to do with them anymore.

It tells them that you’re not available or interested in any type of interaction.

You’re doing this to them will trigger a lot of mixed feelings for them. Mostly negative ones, though.

A little side note here: if your ex struggled with respecting your boundaries in the relationship, blocking them might send them into an anxious spiral.

They might initially see it as a misunderstanding, deny that you meant it, and look for alternative ways to reach you. Like contacting you in person, reaching out to your friends, etc.

Does Blocking An Ex Hurt Them

Yes, blocking an ex definitely hurts them. It’s painful to be rejected, especially by a person you cared about.

Keep in mind: any hurt and pain you’re adding to a relationship will create additional barriers when it comes to potentially getting back together.

Does Blocking Your Ex Make Them Miss You?

No, blocking an ex doesn’t make them miss you. It might make them feel like they’ve lost control over you, trigger their anxiety and make them chase you, though.

But, if you’re doing it for an effect, your ex will most likely see through you.

I’ve had countless male coaching clients roll their eyes and say things like: “She blocked, unblocked and then blocked me again. Why is she being so childish? Can’t we just figure it out like two adults?”

Also, if your ex is angry with you about something, so much so, they broke up with you because of it, blocking them will not change this, it will only make them more angry.

Should I Block My Ex Who Dumped Me

If you want to move on, blocking an ex who dumped you will ensure that you don’t hear from them.

This will speed up your recovery and make room for you to fall in love again sooner.

But if you want to get your ex back, you should not block an ex who dumped you.

It will only make them give up on you and move on faster. This is especially true when your ex is an avoidant.

Is It Safer To Simply Ignore Your Ex

Yes, ignoring your ex is a much safer bet. It doesn’t trigger nearly as many emotions as blocking does. It also leaves you more room to change your mind further down the line.

As long as your ex isn’t overriding your boundaries, in which case blocking them is the only way for you to stay safe from their constant harassment (this is how some exes end up being blocked on everything).

Will Ignoring An Ex Make Them Miss You

Yes, ignoring an ex will give them room to miss you. Especially if they were the ones who dumped you. Ignoring is much milder form of a rejection. It doesn’t hurt nearly as much.

If you’re ignoring an ex, you’re not communicating that you don’t care about them anymore. You’re simply giving them a bit of a cold shoulder.

You often have to cut your ex off a bit to get them to miss you, as long as you give them some encouragement as well.

Here is where I want to share a bit more of our own story.

Gabriel and I (we’re the couple who runs this blog together) broke up three times in the first two years of our relationship. To be more exact, he dumped me THREE times. Last time it happened, I thought to myself: third time’s the charm, I’m not doing this again.

After our third breakup, he wanted to meet up for a coffee to make sure “we parted on good terms”. I was not up for it and refused to see him for a month. I wanted to give myself time to heal and actually intended to move on.

Once I thought I was over him, we finally met for coffee, that turned into drinks, then a hookup and this is how we got back together in one afternoon/evening.

The moral of the story is: breakups are messy, they rarely work out the way you expect them too.

When you don’t know what you’re doing, your actions will likely lead to the opposite result of what you desire!

Is Ignoring Your Ex The Best Revenge?

If you’re looking for revenge on your ex, it shows you’re not over them. That’s ok.

It’s a natural reaction to feel this way when someone you loved hurts you deeply.

Ignoring your ex can be a good start, but if you really want revenge, you might need to combine it with some provocative social media posts.

However, keep in mind that pushing it too hard can break your relationship for good.

But if you’re cold already and 100% resolved on moving on, you can safely ignore your ex and show off how well you’re doing without them to your heart’s content.

Is It Better To Block Or Ignore An Ex?

If you want to move on, blocking your ex is a better option. It will give you the distance you need to disconnect emotionally and start over.

Keep in mind, if your ex was anxious or controlling, you might need to prepare yourself for their initial resistance. They will eventually give up and leave you be, though.

But if you’re not sure what you want or want to get your ex back, ignoring them is a much safer bet.

As long as you’re not too cold and rejecting, it will leave them room to miss you, and it gives you a way to get back at them a little. You do get some revenge without risking pushing them away completely.

Breakups are messy, rejection hurts, there is no way around it.

The biggest problem with ignoring your ex in order to get them back, is that they might be doing the very same thing to you.

You might be applying the no contact rule to get them to change their mind. And they might be doing the very same thing to get you to change yours or to get their point across.

This is why ignoring your ex is almost never enough to actually get them to want you back. You always need to combine it with some effort to come their way and address their issues.

If you want to know what it takes to get your ex back, I go into detail on that here: How I Got Him Back  –  5 Ways to Make Your Ex Want You Again

And if you’re feeling so hurt and heartbroken right now, that you don’t know what is what anymore. On one hand, you might feel like you want to cut your ex off completely because they hurt you so.

But on the other hand, you really want them to see their own mistakes and make it up to you.

I can help you get through this in a coaching call.

Here, you can tell me what happened, and I’ll take your side. I’ll then help you figure out what it is that YOU really want and what to do to achieve that outcome.

Thank you for reading, if you have any questions, leave me a comment, and I’ll get back to you!