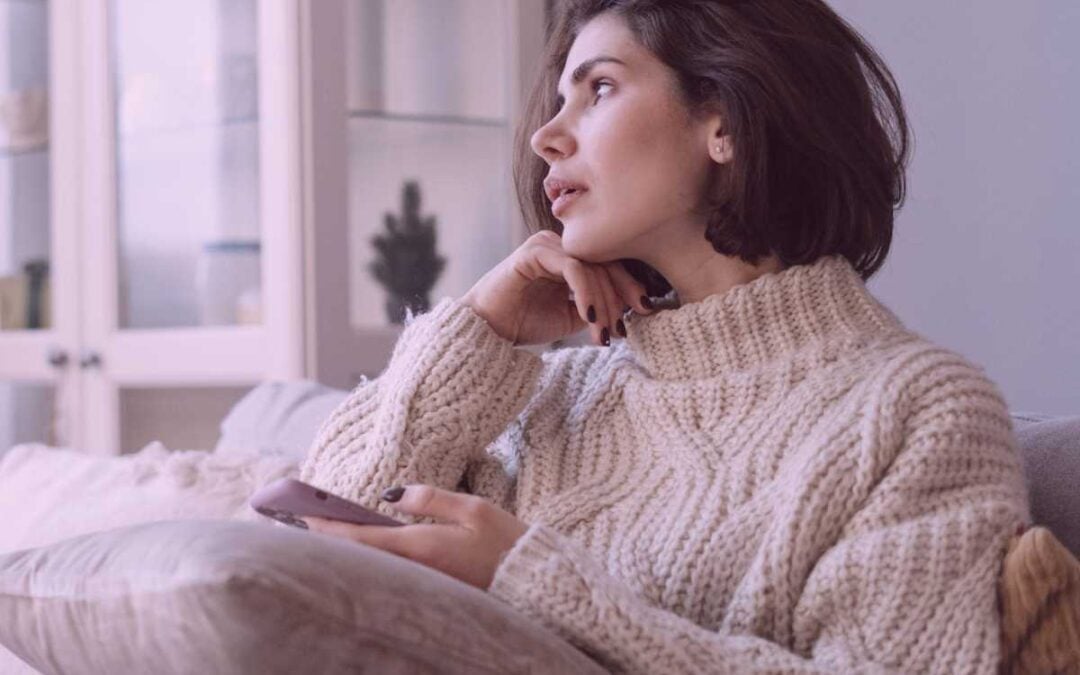 If you’re looking to understand the male psychology of the no contact rule, chances are you’ve been applying it for a while and are wondering if it’s working or not.

You probably expected your ex to write to you already and might now be wondering: What is he thinking? Why hasn’t he reached out? Does he even miss me?!

The no contact rule is the most prevalent way of how people try to get their ex back. But the biggest problem with it is that it’s so popular not because of its effectiveness, but because it’s what a lot of people feel like doing after a breakup.

Rejection hurts. There is no way around it. So it’s only natural for you to hope that giving your ex a taste of his own medicine will bring him to his senses.

Unfortunately, 9 out of 10 times, this attitude only does more damage than good.

Yes, there are cases, where no contact does have the desired effect. I will talk about them later in this post. But for the most part, it doesn’t work the way you want it to.

As a man who initiated multiple breakups, I will explain the real male psychology of the no contact rule based on my own experiences, as well as that of countless coaching clients, whom I helped get their ex back.

When women start the no contact rule, they generally hope that their ex will go through a transition. That he will process his own emotions and come to conclude he made a mistake.

The consensus on the internet supports this, too. Most experts will tell you that the male psychology of the no contact rule looks somewhat like this:

1. He is happy with his newfound freedom

2. After a while he notices your absence and start missing you

5. He realizes he made a mistake

6. He wants you back

This emotional journey is what you expect your ex to go through after breaking off contact with him.

I hate to break it to you, but most men will get stuck at:

and never get past it…

Male Psychology During No Contact Rule – The Sad Reality

You see, us men, we are not the best at processing our emotions.

Not to say that women are better at this, because they’re not. We all get stuck, start holding grudges and eventually just give up.

The sad reality of the no contact rule is that for men, their emotional journey actually looks like this:

1. He is happy with his newfound freedom

2. After a while he notices your absence and start missing you

5. He keeps on waiting for you to fix things

6. But eventually he gives up and moves on

You’re both rejecting the other, hoping that it will motivate them to back down and do what YOU want.

But us men, we are fighters.

What’s more, we’re used to having more control and power when it comes to commitment. After all, it’s often still considered a man’s job to make the first move, initiate sex or even propose.

So when a woman tries to prove to us that don’t have control over any of those things, we will fight that notion with all we’ve got.

And sadly, denial is our most powerful weapon.

What Does a Man Think and Feel During No Contact

You see, men are used to getting things their way. Especially when it comes to matters related to commitment. This is why we often vehemently deny a reality that might not suit our own narrative.

What a man thinks and feels during no contact will heavily depend on his reasons for wanting to break up.

Still, he will mostly remain stuck in his own confirmation bias and will look for ways to view your silence as reassurance for himself: that his decision to break up was 100% right and justified.

I know, understanding this side of male psychology is disappointing. Men can be very stubborn and remain so, no matter what.

For example, if your ex wanted to split up because he didn’t believe you were good enough of a match, he wasn’t in love, didn’t think you were soulmates etc.

Then he will take you not contacting him as a confirmation for all of his doubts and fears.

He will feel rejected and resentful and think to himself:

“I was right to end things, clearly she never really loved me. If she did care about me, she would have never abandoned me this way. I’m better off on my own.”

Even if he secretly wants you back, he will likely only continue waiting, hoping that you will finally do something to prove him wrong.

Similarly, if your ex broke up because he was unhappy in the relationship and things weren’t working for him, he will take your rejection as further proof that you don’t care about his well-being and needs.

I know that it might seem unfair that he should be the one resenting you for abandoning him. After all, he is likely the one who decided to break up in the first place!

The reason for this is: when somebody says they want to break up, they mostly never actually mean it.

They might be in denial of what his decision entails and think of it more as a break rather than a real breakup. The sign of this is when your ex keeps on relating to you as though nothing has changed.

Also, men often break up as a last resort to finally get you to take them seriously and come their way.

The same way, he might be breaking up with you just to get you to back down and give him what HE wants.

In most cases, male psychology of the no contact rule will disappoint your expectations. Especially in the long term. But there are a few exceptions.

There are cases where the no contact rule can actually work wonders.

No Contact Rule Works Really Well in the Short Term

Like when you stop reaching out to your ex for a few days shortly after a fight or a breakup. Giving a guy 5-7 days of space is that sweet spot that can make him miss you without triggering his defensive walls of resentment and denial.

It might give him an impulse to start sending you subtle signs, at which point you will need to help him along, cooperate and try to fix things.

We need encouragement to feel motivated and keep pursuing something or someone.

And we also need help and support to be able to overcome our own limitations.

You Have To Do No Contact if He Demands It

Another case in which no contact is not only beneficial but even necessary is when your ex made it clear that he wants you to stay away from him.

He might have repeatedly asked for space or even blocked you.

When this happens, there is no way around it, you have to do what he demands for as long as he needs you to do it.

This is where 30 days of or more no contact can be the only remedy to save your relationship.

To answer this question, I want to share a story of one of our clients. Her boyfriend broke up with her because, according to him, she didn’t respect his boundaries and was too needy.

Initially his rejection only triggered her more and led to her over texting, calling etc. To which, he blocked her and told her he wants nothing to do with her anymore.

When she came to us, she was distraught and in disbelief that he could end things this way.

We helped her calm down and find the strength to do what he asked of her.

She didn’t contact him for three weeks until he reached out, but only to demand that she comes to pick up her things from his place.

He didn’t even want to see her. He put her stuff out in boxes and left it on his porch for her to collect.

Obviously, this was an extremely difficult situation for her, but she could sense that he is stubborn and there is no room for anything else. So she did exactly what he asked her to do.

She came, got her boxes and drove away without as much as one goodbye text.

He called her that evening and opened up to her about his feelings. He confessed he does miss her, but is unsure if he can trust her. From this point onwards, they stayed in touch.

She gradually convinced him that she understands what HE wants and needs.

Two weeks after picking up her boxes, she was already staying over at his place again. And a week later they were officially back together.

The moral of this story is: in order to get a man to change his mind about a breakup, you need to come his way and do what he wants, at least to some degree.

So if he blocked you or asked for space, give it to him. But if he didn’t, don’t.

Male psychology being the way it is, makes it impossible for you to change his mind just by not speaking to him.

What to Do Instead of the No Contact Rule

Now that you know that the no contact rule might not be the best approach for your case, you might be wondering what else to do. Hundreds of coaching calls where my wife and I were supporting others in getting their ex back, helped us develop an alternative approach.

It’s based on the principles that worked for us (we also broke up and got back together) and for our clients.

The point of it is to stay in touch, but remain guarded and little distant. And then gradually warm up your ex by winning his trust.

This way, you won’t trigger his defensive mechanisms. But you can also protect yourself from him taking you for granted and making you chase him.

If you want to learn how to apply the limited contact rule, I can explain it to you in detail in a coaching call.

Here I’ll listen to your story, take your side and build you up so that you’re more self-assured and can come off as strong and cool when talking to your ex.

I’ll also give you tips on what to say to him, to get him to stop being so stubborn and want you again.

If after reading all this you’re still unsure if the no contact rule is the right thing to do for your case, my wife’s post can help you with this:

Thank you for reading! If you have any doubts or questions regarding male psychology of the no contact rule, leave me a comment and I’ll get back to you.