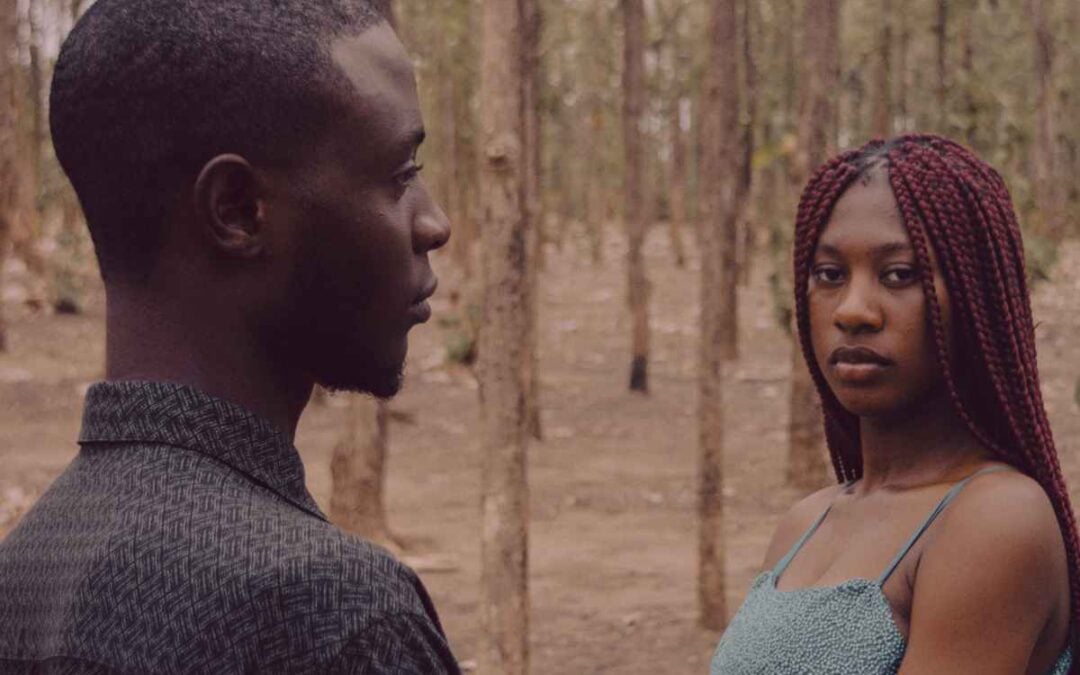 If you find yourself in this very situation, then chances are you can already sense him becoming more distant and shutting down emotionally, and you wish he would have just told you what is going on.

If only he just openly said what is not working for him, you could already start fixing it!

But no, your boyfriend or husband seems to endlessly resist all your efforts and continues to stay silent, even though you know that something IS bothering him.

Communicating with a man who won’t communicate is no easy feat, but it can be done. In this blog post, I will share tips on how to approach your significant other so that you can get past his defensive walls and get him to open up to you again.

But before going into what to do, I want to first outline what’s making him act this way.

3 Most Common Reasons Why a Man Won’t Communicate

Understanding why your boyfriend or husband doesn’t want to talk will help you approach him the right way. Because, even though it might seem like he is just being defensive or difficult, it’s never quite so simple.

In his head, he likely has good reasons for shutting you out and distancing himself.

Some of them might have to do with you and your relationship, while others are the result of his past experiences and his upbringing.

1. He Is Holding a Grudge

One of the most common reasons why someone doesn’t want to talk is that they are holding a grudge about something.

For example, you might have said something judgmental about his gaming habits or didn’t appreciate something he did. But rather than straight-up say what is bothering him, he is trying to communicate his upsetness by giving you the silent treatment.

Similarly, his silence might also be a defensive reaction when you tell him how you feel.

Unfortunately, this kind of childish behavior is far more common in relationships than we’re all willing to admit. Even though it might be his direct reaction to something you said or did, there is also another, deeper underlying reason for him to be so quick to shut you out and distance himself:

2. He Never Learned How to Communicate

Everybody picks up habits from their parents, and it’s only a recent awareness that lack of communication has a negative impact on relationships.

It wasn’t the case in the past…

Your boyfriend or husband might not have had the healthiest of role models when it comes to communicating when growing up. He might have picked up some bad, self-defeating habits that are now keeping him isolated and making him shut down emotionally.

So the reason he doesn’t talk is: on one hand, he might not know how and when to say things in a way that will make him feel heard.

And on the other hand, he also likely doesn’t know how to respond to you communicating things to him and feels threatened easily.

3. He Says Things That Are Hurtful to Hear

Sometimes it might seem like a man won’t communicate, when in reality he is in fact saying things the whole time. It’s just that the things he is communicating can be very hurtful or scary, so much you literally can’t hear them.

There are things a husband should never say to his wife. But no relationship is perfect. We all bring up difficult topics now and then.

For example, he might be telling you about his relationship doubts or making unreasonable demands. These kinds of things might be so outrageous or scary, it’s hard to take them seriously. So they just kind of slip your mind.

When this happens to you, it might seem that your boyfriend or husband isn’t communicating, when in fact he is. It’s just that he is saying things you can’t or don’t want to hear.

Communication is always a problem in relationships, and in most cases couples struggle with all three of the above-mentioned reasons.

A man who doesn’t want to talk is likely holding a grudge. But at the same time, he is probably also stuck in self-defeating patterns he picked up in his past. Only to make matters worse, he likely tried communicating certain things to you, but you just couldn’t hear him out.

Getting through to him will feel like navigating a maze with lots of booby traps. But it can be done. To illustrate how to do it, I want to share a story with you guys.

One of our coaching clients – Jessica – found herself in a relationship rut.

Her boyfriend just started a new job and shortly after started becoming increasingly distant. No matter what she tried, he remained grumpy, fought her on everything and spent all his free time gaming.

When she reached out to us, she was on the verge of a breakup. She just couldn’t take it anymore.

It took two things for her to turn it all around:

Doing Something He Wants or Likes Will Get His Guard Down

Dealing with a man who doesn’t communicate will require a huge dose of patience.

You will have to give in and come his way, at least to some degree.

In Jessica’s case, her boyfriend refused to do anything else than gaming. The moment he stopped working, all he wanted to do was shoot virtual enemies all night long.

She was really irritated with it, but then she realized that gaming was his only way to relieve stress from his job.

Instead of taking his inactivity as a personal rejection, she saw that he is struggling with something and that this is his way of coping with it.

One evening she sat next to him, started watching his game and browsing her phone. Initially he was suspicious and felt judged, but she told him she is just tired but doesn’t want to be all by herself.

She kept on observing what he was doing and made a few genuinely nice comments about his gaming skills.

This was enough to win him over.

Eventually, he asked if she was hungry. They ended up making food together and started TALKING. This was actually a huge win, because they haven’t had a conversation this long in months!

In order to communicate with a man who won’t communicate, you will likely need to start by winning him over similarly. Doing something he likes or wants might be the ONLY way to get his guard down.

The second component of getting through to a man who is bad at communicating is setting boundaries with him. This is often the only way to get him to take you seriously and keep his own bad habits in check.

In Jessica’s case, her boyfriend and her lived together, and he was just expecting her to do all the housework.

Much like him, she had a full time job and wanted him to help out, at least a bit.

She told him she needs him to start putting his own dirty dishes away.

Initially, he rebelled and they both let everything pile out on the kitchen counter. But after a few days of not having any clean plates, he finally backed down and learned the lesson.

He started taking her requests more seriously and actually made an effort to come her way too.

Putting your foot down and making a guy feel the consequences of his choices is often what it takes to get him to take you seriously. Even if he initially only stubbornly rebels and remains distant, someone who truly cares about you will eventually get your point and come around.

In order to communicate with a man who won’t communicate, you will have to apply both of the above-mentioned approaches:

1. Get him to drop his guard down by caving in and giving him what he wants

2. Setting boundaries to get him to take you seriously

You will likely need to do both those things over and over again. This is how you start rebuilding your connection and gradually improve communication in your relationship.

Fixing this problem is going to be a long term process. But it’s all about getting things to start moving in the right direction.

If you’re looking for a complete step-by-step guide on how to get through to a man, this is something we teach in our online course: Rebuild Your Relationship

Here we will give you the exact phrases you can use, to get him to listen and take you seriously.

We will also teach you how to approach a man to motivate him to make more effort and give you more of what you want in your relationship.

If you’re looking for further tips on how to break through communication blocks in a relationship, check out my other post: Defensive Listening in Relationships | How to Deal With It

Thank you for reading! If you have any questions, leave me a comment, and I’ll get back to you.