Your Boyfriend Fights With You on Every Small Issue? Here Is What to Do! 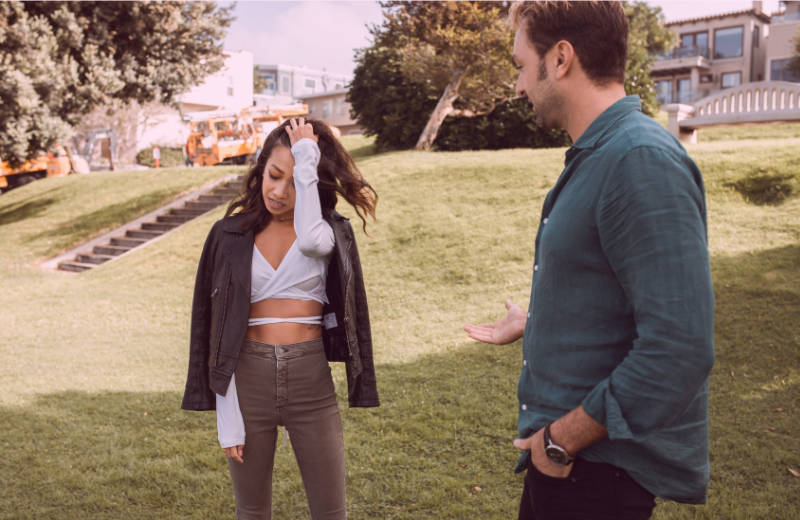 It’s normal for couples to fight every now and then. However, arguing on a daily basis is absolutely exhausting, and it’s not something anyone can endure over a long period of time.

When your boyfriend fights with you on every small issue, you need to do everything in your power to stop the cycle to prevent it from escalating and seriously damaging you or your relationship.

Dealing with someone who is constantly picking fights with you can be very tricky though.

On one hand, it’s likely extremely frustrating and maybe even infuriating, and on the other hand, it might also make you doubt yourself and feel like maybe you are doing something wrong the whole time.

When it comes to relationship arguments, most people have been conditioned to respond to them in a way that often only makes things worse.

However, just by slightly changing your attitude, you can immediately deescalate the situation and deflect your boyfriend’s attacks.

Here is how to do it:

1. Make It About Him Not About You

If your boyfriend is acting overly defensive or even controlling about your behavior, chances are this has little or nothing to do with you.

Everyone brings their own, unique emotional baggage into a romantic relationship. This baggage is often the source of friction between a couple. It can make people act in unreasonable ways and cause huge arguments to erupt seemingly out of nowhere.

If your boyfriend keeps on picking fights with you about every little thing you do, try not to take it personally and get to the bottom of what he is actually upset about instead.

Stop yourself from responding to his accusations. He is likely just being a bit of a drama king…

The best way to get him to calm down and quit his little tantrum is by making an effort to listen to him and understand him.

In my experience reflective listening will work best for you!

Asking him questions and reflecting his answers back to him will immediately remove the friction, cut the argument short and can even prevent it from happening in the future.

2. Set Firm Boundaries with Him to Stop Him From Picking Fights

Everybody has their limits. No one can be infinitely caring, understanding, patient or attentive. If you feel like your boyfriend has been expecting the impossible from you, then it’s definitely time to start setting boundaries with him.

You have to communicate to him that it’s not ok for him to continuously fight with you on every small issue.

He can’t expect you to do everything exactly the way he wants things done.

Let him know that you have reached your limit and won’t tolerate or engage his behavior anymore.

Don’t let him provoke or overrun you. Be firm, calm, and assertive.

Setting boundaries is a skill everybody needs in a relationship. They’re a healthy protective measure that can allow you to regain power and control over any situation.

3. Demand Space From Him When You Feel Too Exhausted or Overrun by Him

Asking for space is generally a move men tend to pull a lot. Whenever they’re grumpy, depressed or just tired they often ask for ‘some space’ so that they don’t have to deal with all the unpleasant things right away.

Well… women deserve to have the SAME privileges in a relationship!

Whenever you feel like you just can’t deal with your boyfriend anymore. That him fighting with you is just too much and you can’t take any more of it, tell him that you need a time out.

Be firm and decisive. Don’t let him drag you back into an argument.

You deserve to have a break.

Besides, taking breaks during an argument is actually healthy and can be extremely beneficial when it comes to finding resolution.

People tend to get lost in their emotions. When two people get emotional, things just tend to escalate.

Just spending some time apart is often enough to gain a new and more accurate perspective on the matters. It can help both of you to snap out of your patterns and see your fight with a clearer head.

Additionally, asking your boyfriend for space is a power move.

By doing it you’re communicating to him that you’re in charge of the situation just as much as he is. It can actually make him respect and trust you more.

Once you feel like you both cooled off, get back to him and let him know that you’re now ready to start resolving the problem again.

4. Combine All Three of These Techniques to Get Him to Completely Stop His Attacks

When your boyfriend fights with you on every small issue it’s a sign that he is actually very scared of you having your own independence.

By listening to him you can help him overcome his doubts and fears, so that he won’t need to control you as much. In most cases, just listening and being understanding is not enough to deal with a situation like this.

That’s where setting boundaries and demanding space come into play.

You’ll need to apply all three of these strategies to teach your boyfriend that it’s NOT necessary and NOT ok to fight with you on every small issue.

If you’d like to learn more about all three of these techniques, it’s something we cover in detail in our online course Rebuild Your Relationship.

Here you’ll learn what to say to him and how to say it, to stop him from constantly fighting you. We’ll also guide you step by step on how you can influence his behavior so that you get him to support you and love you the way you need instead!

If you have any questions about the approaches described in this post, or about our online course, leave me a comment and I’ll get back to you!

We also have a post that can answer further questions you might: How Often Do Couples Fight in a Healthy Relationship.