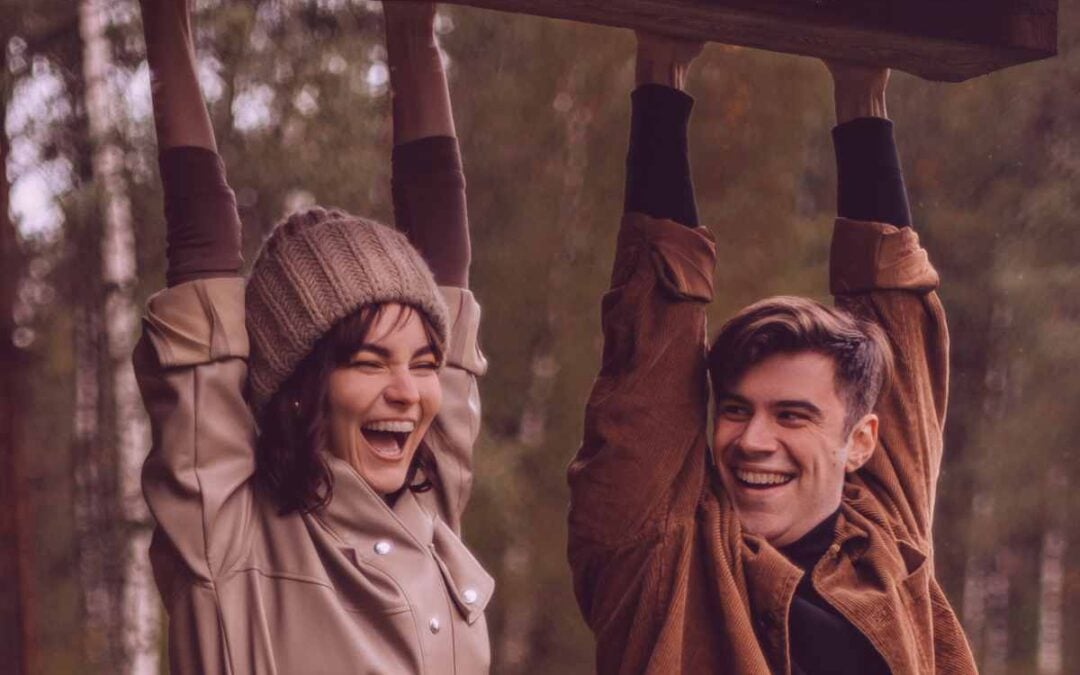 If you’re wondering what the meaning of ‘Platonic soulmate’ is, here’s the simplest explanation:

A platonic soulmate is a special friend that you DON’T share romantic feelings with.

It’s someone with whom you connected with immediately and have a shared understanding with.

But regardless of how much time you spend with your platonic soulmate, neither of you want to hold hands or make out.

That’s what a platonic (flat, without depth) soulmate (a person perfectly suited to you) means.

An example of a platonic relationship is someone you share interests with, like a hobby or sport, and with whom you meet on a regular basis.

Afterwards, you might relax somewhere together and talk about your worldviews and beliefs, of which you have a lot in common.

You’ll be able to talk for hours without even realizing how much time has already passed.

So we’ve covered the definition of a platonic soulmate.

But what are the signs of you having actually found yours?

Here are the top 7 to look out for, that’ll help you know for sure!

1. You had an instant connection

Sometimes, it’s enough to just meet your platonic soulmate, and it’s clear that you were meant to have a special connection.

It’s not like with those other people you meet, where conversations trudge along awkwardly, and you’re eager to escape at the first opportunity that presents itself.

With your platonic soulmate, you’ll dive straight into engaging topics that fascinate you and realize how much you have in common.

It’ll be hard to stop talking!

2. You have similar interests

A common second sign is that you’ll have a lot of shared interests with your platonic soulmate.

Whether that’s a certain sports activity or a niche hobby that you, someone else finally understands and appreciates!

3. You’re always there for each other

When the going gets rough, and you need a friend, you’ll be able to count on your platonic soulmate.

And the same will be true for YOU towards THEM!

When they’re in need of a supportive friend, you’ll make time.

4. You see the world through the same eyes

Whatever frustrates you about people, they’ll just GET IT.

And when your platonic soulmate is annoyed for the umpteenth time about how your government is just screwing everything up, you know what they mean and are vehemently nodding in agreement.

If there are subject matters you DON’T AGREE on, then you and your platonic soul share mutual respect for the other’s view.

5. You can trust them with your insecurities and vulnerabilities

Everybody struggles in life.

And when you’re having a crisis or a meltdown because the voices in your head have gotten the better of you, you know you can count on your platonic soulmate.

You can be vulnerable and share your insecurities with them.

They’ll be the safe space you need and can trust, patiently listening and meaning to understand you.

6. They respect and appreciate you for who you are

Despite having endless things in common with your platonic soulmate, you will still have your differences.

And that’s a good thing, because it means you learn from each other and grow together.

This leads to a relationship in which both of you respect and appreciate the other, with all their strengths and weaknesses.

7. They are there for important moments in your life

You’ll both make those important events fit into your calendar.

No excuses or rain check.

Because you actually WANT to be there to show your support.

So, these are the 7 signs of how to know that you’ve found your platonic soulmate.

Not all of them have to fit, it’s more about the signs that mean the most to both of you.

In addition to the signs, here are some questions you guys have been asking.

These answers will help you clarify what platonic soulmate means and whether you’ve found yours.

What is the difference between soulmates and platonic soulmates?

Whereas, a soulmate relationship will have plenty of chemistry and romantic attraction between both people.

What does it mean when love is platonic?

When love is platonic, it means that the love and appreciation is one of friendship and mutual respect, without the desire to jump into bed with them.

Can you be platonically in love?

…Well, you can totally love someone platonically and love having them in your life because they bring so much to it.

But if you’re ‘in love’, to me, it sounds like you might be developing feelings a little more intense than you would for a platonic soul mate. 😉

What is platonic intimacy?

Again, platonic intimacy means that you have a special connection with someone, without any romantic attachment or feelings.

If you’re kissing someone on the lips, you guys might be more like platonic soulmates, since you’re expressing romantic and sexual interest in each other!

Maybe one of you is fighting your feelings for the other?

Is a platonic relationship good?

Absolutely! If both parties are happy having a platonic relationship, it means you are mutually benefiting and there’s nothing that speaks against it.

Enjoy it and have fun!

Platonic love is basically the adult version of that.

You will still meet to share a meal, do fun things together and possibly activities, but your exchange has the depth and breadth reflective of your adult life.

Finding a platonic soulmate is a bit like finding a needle in a haystack.

So appreciate and don’t lose yours!

Can you have multiple platonic soulmates?

Sure you can! If you’re lucky enough to find multiple platonic soulmates in your lifetime, appreciate it!

Nothing speaks against it, since no romantic feelings are involved.

So, to recap one last time, a platonic soulmate means: a special friend that you don’t share romantic feelings with.

I hope you’re either going to find yours, or are already having a blast with your new bestie!

Otherwise, if after reading all of this, you think you’ve found your soulmate rather than your platonic soulmate, you can make them want you with these 7 sneaky ways.