Are You a Sigma Female? Let’s Find Out! 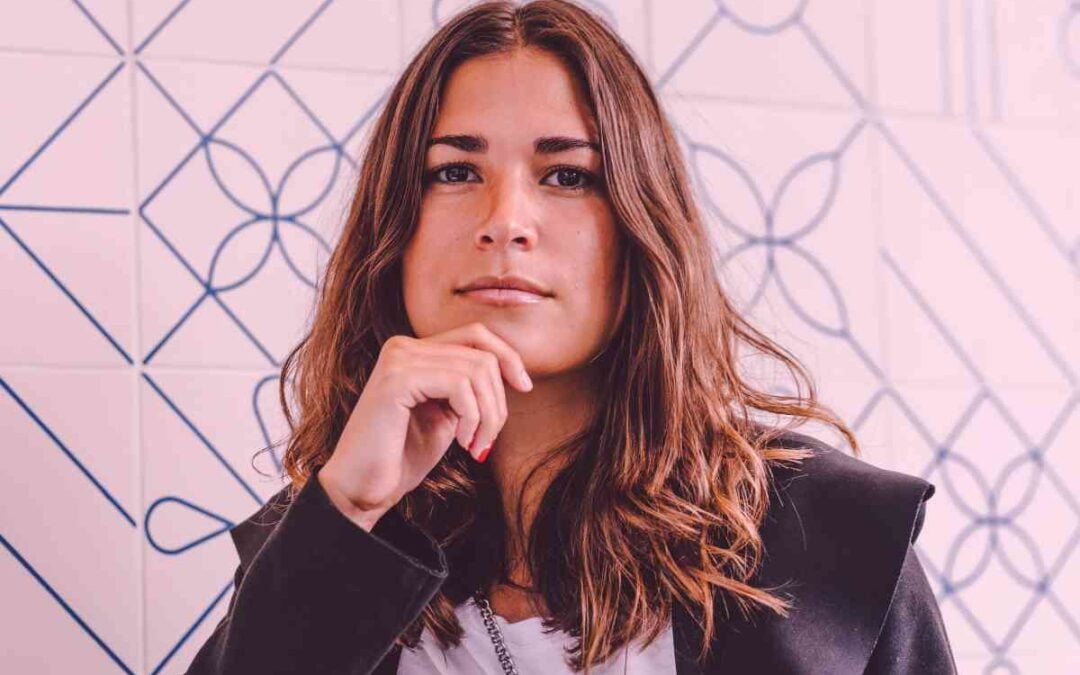 So you’re wondering if you’re a sigma female?

Let’s go over the character traits of a sigma female so you can figure out whether you recognize yourself in them.

What Is a Sigma Personality?

A sigma female exhibits alpha qualities, but is more in tune with her emotions and will seek independence over leadership. You can think of a sigma female as an introverted alpha.

Here are the sigma female traits you might have:

One of the KEY character traits of a sigma female is her self-reliance.

She has learned through a lot of hardship, that if she wants to achieve her life goals, she needs to make it happen herself.

So whether it’s about her career, her relationships or any other ambition, she is quick to take matters in her own hands.

She doesn’t need other people’s reassurance or approval to get started on things.

2. Her Guarded Nature Can Make Her Mysterious

Although not intentional, and certainly not for an affect, sigma females can be rather mysterious.

In many cases this is because she is guarded and careful about people she lets into her life.

Experience has taught her that people need to EARN her trust, and that certainly counts for love partners in her life as well.

Since she’s ambitious and eager to reach her goals, a sigma female won’t waste time with gossip and fruitless power games.

She will tell it like it is, and also make her intentions clear without feeling abashed.

And although she doesn’t expect herself from others, she won’t be shy about expressing what she wants.

If you are this type of female personality, you will have a little patience for beating around the bush and wasting time.

4. She Answers the Call to Adventure

Adventure is spelt in capital letters for a sigma, female. She doesn’t do boring.

When there is a call to adventure, she answers it, because the uncharted and yet-to-be-explored is far more exciting to her than the predictable routines of daily life.

When sigma females pick a partner, they will expect them to keep up with their adventurous spirit!

5. Loyalty Matters a Great Deal to Her

Sigma females are loyal to their friends and partners, and expect the same in return.

They set a high standard for themselves and value honest, caring and reliable people.

She doesn’t fall into the trap of caring for someone who doesn’t care about her.

And if someone crosses her, they are bound to feel the consequences of their trespass.

6. She Doesn’t Focus on Trends, She Creates Them

One thing that sigma females don’t do particularly well is follow.

Rather than obsess over trends they seek to create and capitalize on them.

She understands that social norms and hierarchies are fleeting constructs which she tries to operate outside of.

7. Others Value Her Friendship

When it comes to her friends, she understands the worth and value of their relationship.

Because, although sigma females may not fall into the classic alpha characteristics of leadership, they do know how to create strong ties of friendship.

8. She Doesn’t Worry About What People Think of Her

A sigma female does not place much weight on people’s opinions of her.

But she listens to trusted people in her life to get their opinions and feedback, since she considers them to have genuine value.

And although she is capable of taking feedback on board, she also knows how to stop overthinking and gets back on her feet quickly.

Another typical characteristic of a sigma female is that she understands that there are no rewards without taking some risks.

This is a character trait that often separates her from her peers who prefer walking the beaten path and placing their bets safely.

She blazes her own trail instead and is therefore often left working alone towards her goals.

Not by choice, put out of necessity.

10. Others Can Feel Intimidated by Her

Sigma females are sometimes so focused on their own lives and ambition that they don’t realize how intimidating they can be to others.

They might be a little too transparent at times and forget to have a filter.

When this happens, it is mostly a coincidence and NOT a conscious effort by her to unsettle someone.

This can also make it challenging for her to find a partner on her level that can keep up with her pace and standards.

11. She Can Adapt to Situations Quickly

When life throws her a curveball, she is quick on her feet and adapts to the situation accordingly.

Whether that is a role that is suddenly expected of her in a social setting or an aspect of her career taking an unexpected turn.

A sigma female will rarely be caught off guard.

People are generally polite, but there are moments when they are quite the opposite and need to be put back in their place.

A sigma female understands this very well and is practiced at setting CLEAR BOUNDARIES when someone crosses a line.

This also applies to how much she invests in a relationship because she knows that endlessly giving doesn’t end well.

She’s not afraid of conflict or being disliked and places more value on people respecting her than liking her.

How Do I Know If I’m a Sigma Female?

If 8 or more of the 12 sigma personality traits listed above fit for you, then you’re a sigma female.

And to summarize the most important points again:

A sigma female is an independent, loyal, straight-shooter, who is often ambitiously driven and operates outside of the standard social hierarchy. She takes risks, can be intimidating and sets hard boundaries when she needs to.

Do you recognize yourself in this description? Or have others described you this way?

If yes, you’re a sigma female.

And if you’re wondering whether it’s good to be a sigma, the answer is there is no good or bad here. It’s a matter of preference.

There are multiple female personality types, some traits of which you’ll identify with and others not so much.

The real question is who do you WANT to be?

And based on that, you can chart your own course in life to become that wonderful version of yourself.

Do Sigmas Have Friends?

But sigmas are more introverted in the sense that they don’t care to participate in the power games and gossip that comes with social groups.

Therefore they might also prioritize the pursuit of their goals over their community. This can lead to periods of isolation as they move between social circles.

Due to their loyalty, they will however maintain the friendships that mean a lot to them.

What Are the Six Female Personalities?

These are the six female personalities in order of their theoretical social hierarchy:

The Sigma sits on the same level as the Alpha, except that a sigma chooses to operate outside of social hierarchy by their own choice.

What’s important to keep in mind is that these social hierarchies are concepts to help you better understand social constructs you live in.

They are not a hard science.

(The term ‘alpha’ found its way into mainstream culture, through the idea of an ‘alpha’ wolf. A term that has long been rejected by David Mech himself, who studies wolves and originally introduced the idea.)

Having said that, all female personality types have strengths and weaknesses, so although there is a perceived hierarchy, one is not better than the other.

They are simply different with their own unique characteristics.

With that said, here are short descriptions of the six female personalities:

An alpha female is someone who leads a group and emanates strong will and confidence.

When you’re an alpha, you are often intimidating to others by how direct you can be with your opinions and domineering nature.

You’ll likely also feel exhausted with the endless responsibilities and decisions you have to make for your ‘pack’.

The difference between alpha and sigma female is that as a sigma you’ll have strong alpha qualities while being more in touch with your inner thoughts and feelings.

You choose independence over leadership and pursue your own goals relentlessly.

Some perceive the sigma as ranking higher than alphas because of their autonomy and freedom.

A beta female is often the right-hand woman to their alpha, she is loyal and trusting.

If you identify with this type you’re likely to be more introverted and quiet, but will be vocal to back a person you believe in.

But when your kindness and loyalty are trifled with or put into question, the person doing so is guaranteed to regret it.

A delta female tends to be shy and needs her time to warm up to people.

But once people have won your trust, you’ll form incredibly deep and strong relationships for the long-run.

You’ll also be incredibly kind and patient and will honestly speak your opinion.

Being well organized and planning ahead comes as easy as breathing to you.

A gamma female is someone who excels in all aspects equally. But this is admittedly at the expense of not feeling like she truly masters one thing.

Nonetheless, as a gamma you’ll lead a very balanced life and pursue your goals with a solid planning framework.

You’ll likely be family-focused and engaged with your community.

An omega female personality is knowledgeable and educated.

If you identify with her, you’ll often find yourself buried neck deep in books or pouring over piles of data trying to decipher the patterns.

You’ll be very logical and thoughtful in your approach to life, always seeking to understand the underlying principles that govern things.

Trying to stop obsessive thoughts might be something that preoccupies you at times.

Thank you for reading, I hope you’ve found the answers you were looking for and now know whether you can identify with the sigma female personality or not.

Either way, I’m sure you’re an incredible person who brings a lot to the people in your life.

If you have any questions, please leave them in the comments below and I’ll get back to you.