Top 5 Common Relationship Problems & If You Should Worry 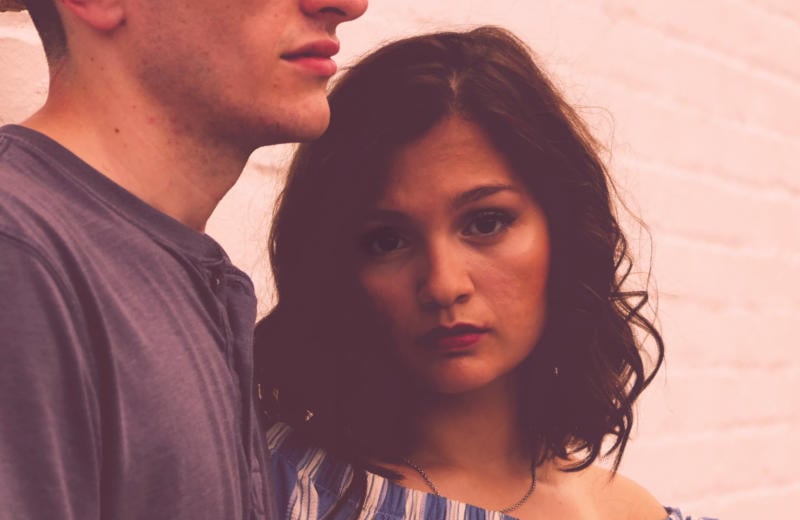 Wondering whether your relationship problems are common and if they are something you need to be concerned about?

Well, we’ve got you covered.

In this post, I’ll talk about these top 5 relationship problems:

Also, I’ll discuss how serious they are, whether you need to worry and give you practical hacks on how you can SOLVE them!

Relationship Problem #1: Noncommitment, Is It Serious?

EVERYBODY worries about this one! (Psst, secret: that includes men too!)

Commitment is a big and important topic in any relationship.

How could it not be?!

You’re INVESTING in this relationship. Your time, trust, love and hell even money.

So if you’re putting so much of yourself forward, it only makes sense to want to know that your partner is SERIOUS.

Otherwise, you’re risking putting yourself out there blindly.

Later you might discover the other person never felt the same way and you were building your future on something you thought was real, but turned out never existed!

And that’s simply a risk not worth taking.

Therefore, it makes perfect sense that you might be thinking or even worrying about the commitment status of your relationship…

Which begs the question: How does commitment happen??

Movies teach you, you’re supposed to know right away:

You see a handsome stranger, standing across the room.

Your eyes lock. The intensity builds.

And you’re both fused into doubtless commitment for a lifetime and live happily until the end of your days. Because when you see them, you “Just Know.”

As romantic as it may seem, in reality, it rarely works that way.

This is because commitment takes TIME.

It’s not sudden because you don’t know this person yet!

Are you going to commit to somebody for life on your first date?

After all, you need to figure out whether they’re right for you and the same applies to them. They also want to get to know you first!

So give it time and allow it to grow organically.

If you’re not sure about how to BUILD commitment, Karolina’s got you covered with How To Make Men Commit.

You know those perfect couples that seems to get along and be happy, no matter what?

Fighting is unfortunately, a way of figuring things out in relationships and EVERYBODY does it!

Just because it’s happening behind closed doors and everyone is maintaining a happy image externally, doesn’t mean it’s not happening.

That’s not to say, you can’t work on learning How To Stop Fighting. But friction of some kind is an inevitable part of relationships.

What’s important is to figure out what the pain points in your relationship are and work on them together.

I’ll explain how to do that at #5 Communication.

For now, let’s move onto the next most common issue.

There is nothing more unpleasant than in-laws mixing up in business that isn’t theirs.

I don’t know what it is about them, but some in-laws can act like an overly attached teenage ex.

It’s a very common problem, everybody struggles with setting boundaries with their parents and truly leaving the nest!

However, your relationship with your partner is ultimately YOUR business alone.

It’s also important to put your relationship with your partner FIRST!

This is YOUR life and both of yours time to live it as you so choose while you’re young.

So be sure to learn to set firm boundaries with them.

If you’re among the few who actually have a genuinely positive connection with their in-laws, then consider yourself lucky or impeccably socially skilled.

Regardless of which partner is jealous, it can be a strain on the relationship.

It’s a common problem and can lead to controlling behavior.

One of you wants to go meet a friend and the other feels jealous and doesn’t want you to.

It may look simple on the surface, but in reality, there’s an underlying issue.

You have to BUILD trust with your partner in order to alleviate the jealousy.

This is a matter of time.

Having said all of that. It’s also important to distinguish between damaging jealousy and healthy jealousy.

We’ve covered it in Dealing With Jealousy.

We’ve heard from our readers that communication is a big point of struggle for them.

And it was for Karolina and myself as well!

It was incredibly HARD to get each other to feel understood and heard.

Words would come out and we’d try to listen and reflect things back, but it was all hit and miss.

Why was it so damn DIFFICULT to communicate things??!

For some relationships, this leads to “radio silence”. You stop talking to each other because you’ve given up on even trying.

You’ve said your part so many times and it seems to always fall on deaf ears.

And although this problem is listed last, it is important and can be fatal to a relationship, so don’t ignore it.

Because without communication, things start to degenerate and you eliminate the chance of counteracting that!

It needs to be practiced.

So invest in yourself! It will pay off tremendously in your relationship and beyond.

Our 3 Easy Hacks To Communicate are a great place to start honing your skills!

Just like us, you’ll get BETTER at it in time.

So stick with it!

Relationship problems take many different forms and seeing how many there are, can feel overwhelming.

Karolina and I found what worked best, was to focus on one key issue that either of us had at a time.

We spoke about that ONE issue (MAX two!)

Don’t try to tackle them all at once! Otherwise, you’ll get lost and won’t remember where you started.

If you found this article helpful, you might want to save it to Pinterest for later or share it on your preferred platform via the social media buttons below.

It supports us in creating more exciting content for you!

Also, let us know what your most common relationship problems are in the comments section!

We’d love to hear from you.