How to Set Emotional Boundaries 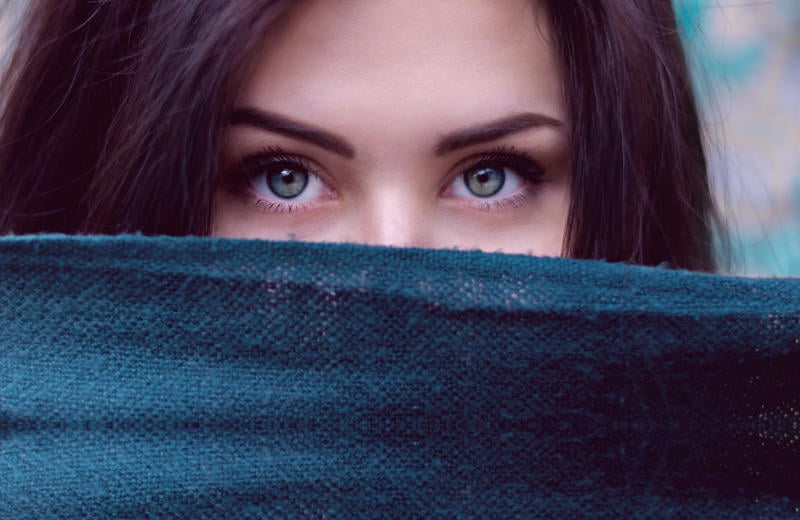 Setting emotional boundaries is difficult, regardless of who you are.

In this article I’m going guide you through the journey that will allow you to set boundaries in your own life, regardless of where you’re at emotionally.

We’re going to start off with exercises you can do by yourself and work our way up to setting boundaries with real people in your day to day life.

Alright, let’s do this.

1. Start By Imagining Setting Boundaries In Your Mind

We’re going to start with the very basics. Before we go anywhere near practicing boundaries in real life, it’s important to do so in a very safe space; what better place, than your own mind?

The reason we do this, is because there’s no external influence that can cross a boundary you’ve set. In other words, we’re limiting the factors, so that your success is guaranteed.

At this point think of a few boundaries that are easy for you to set. Nothing difficult because it’s important that you build little successes along the way. Don’t worry, you’ll get to the heavy lifting later on.

Now I want you to think of small incidents where somebody did or said something, that bothered you, but you remained quite or went along with it.

I want you to think about your personal incidents and imagine what could have been. Like we all love to do in retrospect; where we imagine emerging victoriously from a social conflict with our dignity intact. Yes, exactly that.

You might think it silly, but this is where it all starts, you’ll be building upon this later.

Now take that incident and imagine your victory, no matter how ridiculous or exaggerated (nobody will know after all).

Feel free to flesh it out until you really feel the initial injustice done to you, followed by your ultimate comeback that leaves everybody witnessing the event floored and your opponent apologizing for their transgression.

Great, now the purpose of this, is that you’re starting to build an alternate response to somebody crossing your boundaries. But you’re starting in your mind, so that you have full control over the outcome.

Next up we’re going to manifest your boundary vocally, again this exercise is one you’ll be doing alone.

The plan is for you to combine the previous exercise you were doing in your mind with a vocal boundary. This way you’re bringing strengthening your already established mental boundary with an additional component. Your voice.

Now here are some basic sentence structures you can use to get you started:

Use the beginning of the sentence marked in bold and then add your own badass ending to it.

When you’re first saying it out loud, it’s bound to feel weird and lacking in umph. But don’t worry, this is new territory and you’ll find your voice in time.

The important thing here is to practice in a safe space, start slow and if it feels like too much, you can take a break. You can also try doing it, in your head first if you like.

Time to add a physical action to the above exercises. The purpose of this is to involve all of you, into setting a boundary. So in total you’ll have:

engaged in setting a boundary.

You can do this with any object you can push against that will safely give way. I recommend a door to start, if you have a boxing bag or something similar it’ll also work.

Stand in front of the door and think of the boundary you’re setting, vocalize it and push against the door, so that it moves away from you.

Repeat as often as feels right to you. You can think of all sorts of scenarios that have bothered you in the past and “push against them”.

Having all of you engaged in setting a boundary like this is what will continue building and strengthening the pathway in your brain. The point of this, is to make setting boundaries a normal thing to you.

At some point, this response should come to you instinctively (I’m not advocating talking at doors and pushing them publicly) But the feeling of being treated unfairly should be followed by an internal pushback (hence the pushing).

By combining the thought, the spoken word and an action, you’re putting your entire being into manifesting your boundary.

Now we’ve covered all the exercises you can do privately by yourself, next up is where the rubber hits the road.

Setting boundaries with real people can be scary at first, which is why I recommend first doing it in texts or emails.

The advantage you have here, is that you have time to think and respond. This way there are still layers of protection between you and the person crossing a boundary.

There’s not much to this, other than applying what you’ve previously learned. Somebody is treating you unkindly, you respond by setting a boundary.

This clearly communicates to them, that you’ll no longer be tolerating their behaviour and that they should engage more respectfully with you in the future.

Again, feel free to use the sentence structures in point 2. as a basis.

Pro tip: If the person doesn’t respect your emotional boundary and is laughing you off or making light of it, repeat your boundary and stand firm. If they continue, let them know that you are no longer willing to continue this conversation, given that your boundaries are not being respected and leave the conversation.

You’ve stood your ground and put yourself first. That is a victory, no matter the others response. You’ll build many little successes like this, which will compound over time and build your confidence.

By practicing your emotional boundaries in texts or emails, you’re taking the first step in drawing a line with people that aren’t treating you well.

5. Bring Your Boundaries To The Real World

The same principles apply as with point 4. But now you’re taking it to the real world. This is certainly the scariest step, but with enough practice of the previous ones, you’ll eventually be prepared for this.

In the real world, you’re obviously not going to actually push things or people away, but keep the intention and feeling of doing so in your mind.

If you have a friend you trust, you can even practice with them first. What’s important here, is that you have a person validating you and telling you “Well done.” for setting a boundary.

Take on conflicts you feel more confident about, don’t jump into the deep end with close friends or relatives. Work colleagues might be a better start.

As you continue setting boundaries, it’ll become second nature and you’ll gradually be able to take on more difficult conflicts.

What’s important here, is to set yourself up for success, so that you feel empowered.

There. You’re all set up now and can fin for yourself in the real world!

Now along the way, know that setbacks are part of the journey. There is no person on this planet that didn’t stumble when setting their boundaries (I would know). But stick to it and give yourself time.

What’s important is that you can do it now and that you’re only getting better at it.

Also, we’d love to hear your thoughts or stories about setting boundaries in the comments section!