5 Mistakes to Avoid If You Want Him to Trust You 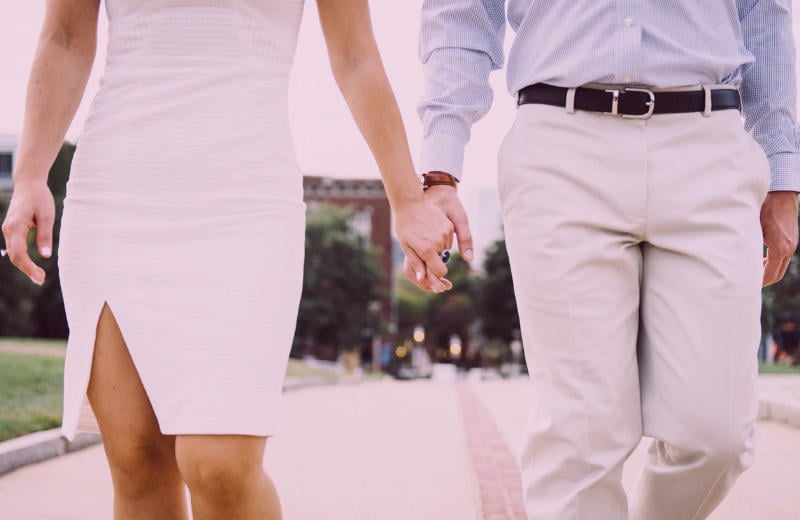 Trust is something you can always DEEPEN in your relationship.

Doing so has many benefits, like enhancing your sense of safety, stability, and certainty about your future with him.

There are, however, pitfalls you want to watch out for.

Certain actions (or non-actions) can make him lose trust in you FAST.

You want to watch out for- and AVOID these behaviors so that you can earn and keep his trust.

1. Making Decisions for Him Without His Involvement

If there’s a social event you’ve been invited to, or you’ve received ticket offers to that awesome musical you’ve been wanting to see…

Be sure to check-in with your man as well.

Because if you made the decision without him, it would communicate that he has no decision power and that you didn’t care for his opinion or needs.

So it’s important to ask if he is interested in said event and whether he already has other plans.

He will appreciate and TRUST you more for it.

2. Sweeping the Truth Under the Rug

A definite trust-breaker is not telling the truth or hiding it.

We’ve often heard women talk about making the decision to lie to their partner in order to not hurt his feelings.

It WILL cause more damage than good.

And to make matters worse, when a lie is uncovered, the trust it destroys is NOT ISOLATED to that one incident.

It will most likely reach as far back as the lie itself.

Resulting in him questioning everything that happened between the two of you within that time frame.

The simple reality is…

That telling the truth in relationships is the best way to prevent a trust-breaking ordeal.

Even when it’s difficult.

3. Sharing Things With Others That He Told You in Confidence

You’ve probably experienced your man being secretive and distant about his feelings.

He’s likely doing it to protect himself from being hurt.

Because in his world different rules apply to his vulnerability. He’s probably been shamed and judged in some of the following ways:

For these reasons, he’ll guard his feelings very closely.

I recommend NOT SHARING it with anybody else.

If you do, I guarantee it will shatter any trust you’ve built with him and you’ll need to rebuild it ALL OVER before he shares himself with you again.

If you’re in a situation where sharing his story feels beneficial and relevant, be sure to ask him whether it’s okay FIRST.

Doing this will actually INCREASE HIS TRUST in you.

4. Having Ulterior Motives and Not Being Upfront

I once had a friend who always hid her true motives and was really manipulative.

She used men quite shamelessly…

But she repeatedly had the experience of them abandoning her. She used to say:

“Why do men ALWAYS abandon me?! I’m just being honest.”

I know, it’s ironic, but she did ACTUALLY perceive herself that way.

Looking back, she likely had reasons for not daring to be upfront, but whatever they might have been, nobody ever found out.

The point though is that men initially trusted her, but when they realized she was playing them…

That trust DISSOLVED in an instant and *Poof* they left her.

Getting what you want with ulterior motives might initially get you somewhere, but it’s guaranteed to backfire when you want to build trust.

5. Reminding Him About Everything You’ve Done for Him

Nothing puts a man on guard, like finding out his woman has been keeping an open tab of all the favors she’s done for him.

Don’t get me wrong.

There’s nothing bad in WANTING something in return for your efforts. That’s often the nature of things, we give in hopes of being reciprocated.

But making DEMANDS based on past favors will be perceived as downright manipulative.

Karolina and I like to give things freely to each other and in ADDITION, we communicate our needs OPENLY.

This way we can receive what we’re giving each other without wondering whether there’s any fine print attached.

At the same time, we can TRUST that the other will communicate their needs.

If you like, you can use these 3 communication hacks to practice this.

In summary, try to avoid the following behaviors:

By just avoiding these, you’re putting yourself in a really good position and he will TRUST and RESPECT you much more.

Can you think of other mistakes that could result in losing your partner’s trust? Let us know your thoughts in the comments below.