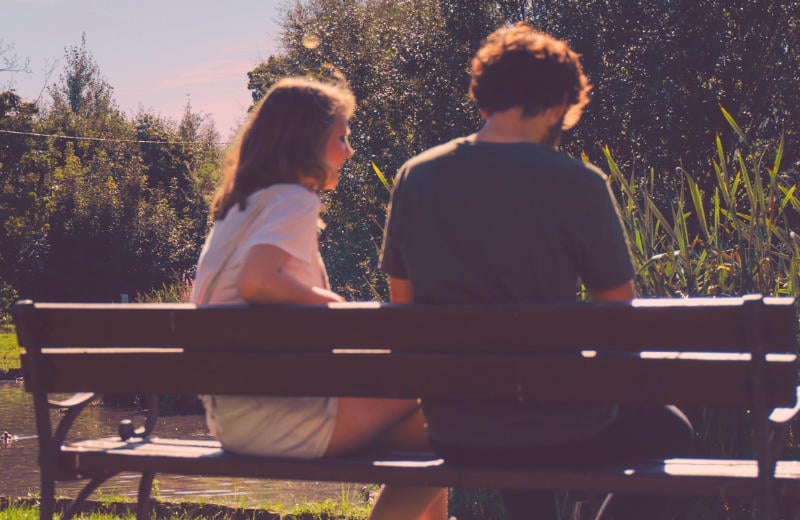 So are relationship arguments healthy then?

Yes. At the beginning arguments are healthy because an issue that you or your partner is having, is being addressed.

Having said that, the WAY in which the argument develops, determines whether it will remain healthy and constructive!

If it becomes attacking and destructive, then it is no longer a healthy argument.

I’ll be covering the differences between HEALTHY and UNHEALTHY arguments and give you tips on how to turn a bad one, into a good one.

By the end, you’ll be in a great position to distinguish between the two in your relationship and steer arguments towards a healthy direction!

Yup, it really is that simple.

If you start arguing with your partner and both of you are trying to understand and address the underlying issues, then it’s a healthy argument.

So check in with yourself:

Is your main objective to find solutions to the problem?

Is so, then you’re on the right track!

You’ll be asking your partner questions such as

“What about that bothered you?”

“How did that make you feel?”

“What can we do to address this problem in our relationship?”

In other words, your attitude and questions will be directed towards identifying and resolving problems in your relationship.

This doesn’t mean that there isn’t a heated debate and disagreements involved.

After all, we’re talking about arguments here.

Karolina and I would often get frustrated and need to take a break in our fights.

But what mattered, was that ultimately we were both working towards finding SOLUTIONS.

When either of you is seeking to attack and hurt the other, then you are having an unhealthy argument.

I will also include arguments where the main aim is “To be right” in this category.

They are certainly not as damaging as attacking.

But because their objective is to come out as “the winner” they are often detrimental to a relationship.

Since ultimately, it requires one person to be “wrong” so the other can be “right”.

And relationship issues are not quite so simple.

Okay, let’s get back to attacking.

This one is problematic because not only are you not seeking solutions together.

You are hurting each other.

What this means, is that in addition to a problem not being addressed, new ones are being created.

Does that make sense?

Problems start to COMPILE when they’re left unattended and new hurtful experiences are added to that.

This can commonly lead to vicious cycles, that couples have a hard time breaking out of.

Turn An Unhealthy Argument, Into A Healthy One

Now that you can distinguish between healthy and unhealthy arguments, let’s get into turning a bad one, into a good one!

Once you’ve identified that you’re having an unhealthy argument, it’s important for either of you to speak it out!

This means, acknowledge it.

“Hey, it looks like we’re having an unhealthy argument.”

“Let’s change that by working together and focusing on potential solutions to this problem.”

You might need to make this correction MANY times throughout an argument, because it’s easy to slip back into blaming and attacking.

If you’re having a hard time with this part, 3 Easy Hacks To Communicate might help you here.

What helped Karolina and I a lot, was our underlying attitude.

We both wanted to have HEALTHY arguments!

So even when the going got tough, we believed that if we could work as a team we would find a way out.

In other words, don’t perceive each other as enemies that you have to overpower or control.

Instead think and relate to each other as ALLIES.

After all, BOTH of you want a happy relationship, which gives you a common ground and goal!

In summary, there are healthy and unhealthy arguments.

Unhealthy arguments are focused on being right and gaining the upper hand.

Healthy arguments are focused on solving problems and working in unison as a team!

So stay focused and work together and you’ll definitely get through it.

Our related article on How To Stop Fighting will also help you have healthier arguments.

If you have questions about unhealthy or healthy arguments leave them in the comments section below and we’ll get back to you.