How to reverse a breakup that feels like a bad mistake and get her back.

The idea of separating from a person you care so much about can feel so deeply wrong!

Especially when you never had a connection like this before and things had been seemingly going well. And suddenly she said she wanted to break up.

When you go through a breakup, it can be a whirlwind of emotions, some of which might be…

– wondering “Why? How did this happened?“

– feeling frustrated and at your limit

Breakups are horrible, there’s no way around that (I would know…). But sometimes relationships end, not because two people aren’t suited for each other, but because nobody showed them how to overcome the problems, that stood between their otherwise undeniable chemistry.

“I just don’t know when we’ll fix it at this point.”

“I think we’re hurting each other too much.”

“I want to see other people.” or “I’m dating someone new.”

“I’ve fallen out of love.” or “I just don’t feel the same anymore.”

Regardless of how things ended between the two of you, the reasons a woman often gives are painful to hear.

Especially because she’s rejecting you based on things that feel like they could be fixed if she was willing to give it more time or try again.

From three heart wrenching breakups, to getting my ex back for good!

Just like many other couples, we, too, have our own breakup story.

Hi there, I’m Karolina I want to share my breakup story with you, so that you can see that it’s possible to undo breakups and fix things with your ex, even when it feels like the absolute end. 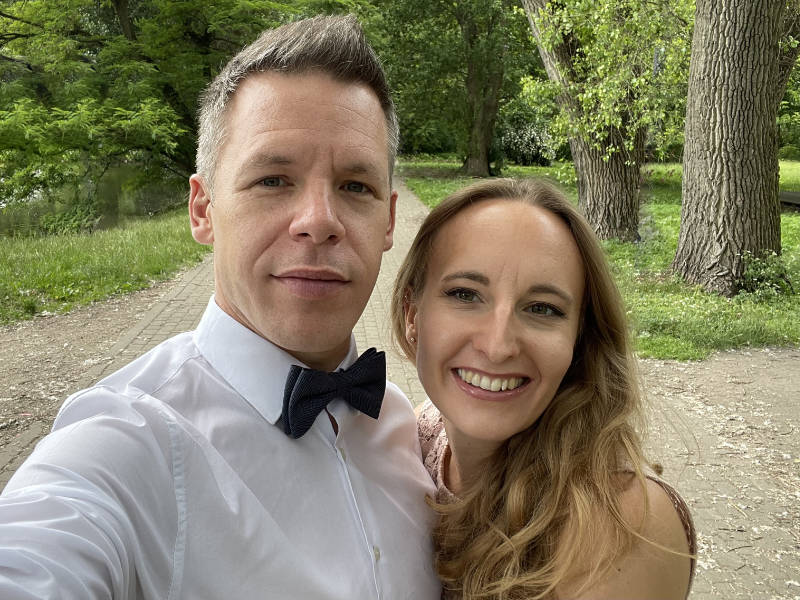 Here’s a picture of Gabriel and myself, we met 10 years ago at a party of a mutual friend and immediately felt a spark.

Afterwards, I kept on bumping into him at social events. One thing led to the next and a couple of months later we were officially dating.

Initially, we were absolutely crazy about each other and every moment together felt like magic!

Already 6 months into our relationship the magic took a back seat and we had our first arguments.

From there onwards, things only took a turn for the WORSE.

We fought more and more.

Things got so bad that we eventually BROKE UP!

I was absolutely heartbroken.

This was the end and he made it sound like we were never getting back together.

But with the right approach, I managed to turn things around in about a month we got back together.

Only to breakup AGAIN!

This happened a total of 3 times in the first two years of our relationship!

And during our breakups, I learned what I needed to do to not only GET MY EX BACK, but also finally KEEP him!

Now, we’re 10 years in, married, and I finally have the stability and security I’ve always wanted with him.

– Tried to convince her that breaking up was a mistake

– Agreed to the breakup, hoping she would change her mind

– Being there for her, hoping that it will make her come back

The reason these approaches don’t work is that your ex is likely taking you for granted, knowing that you’ll chase her, and also she likely doesn’t trust you at the moment.

What our coaching clients say 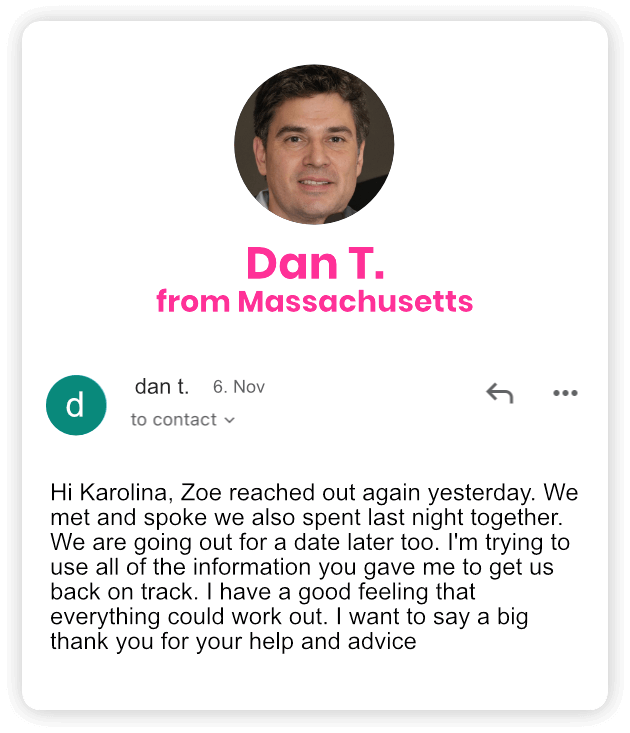 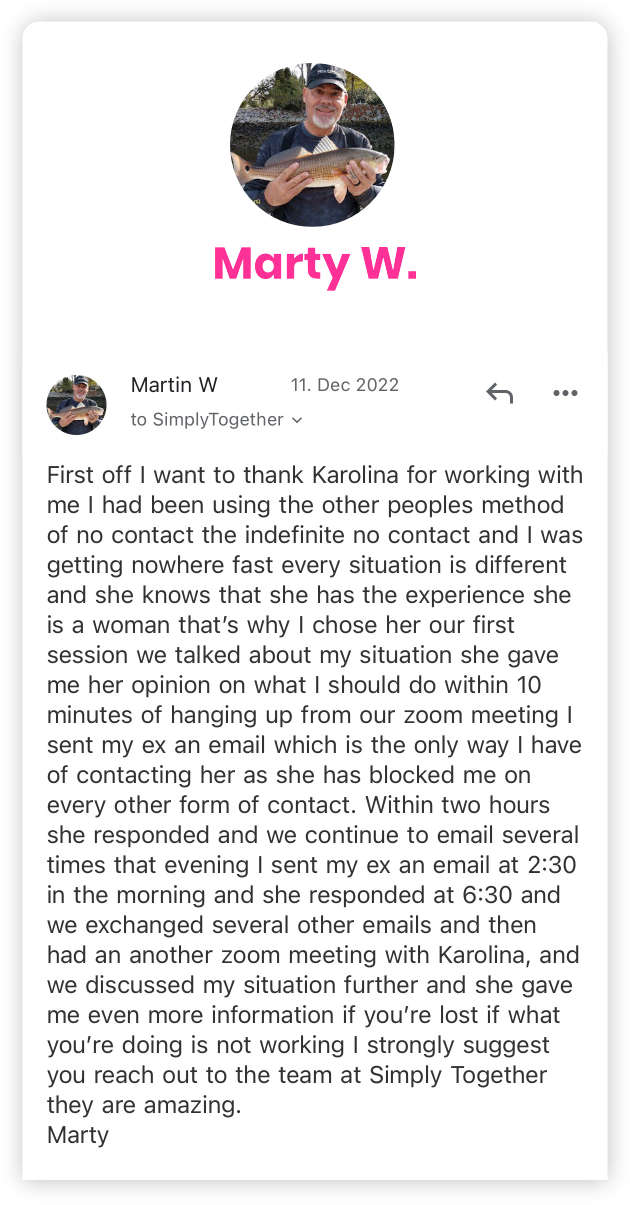 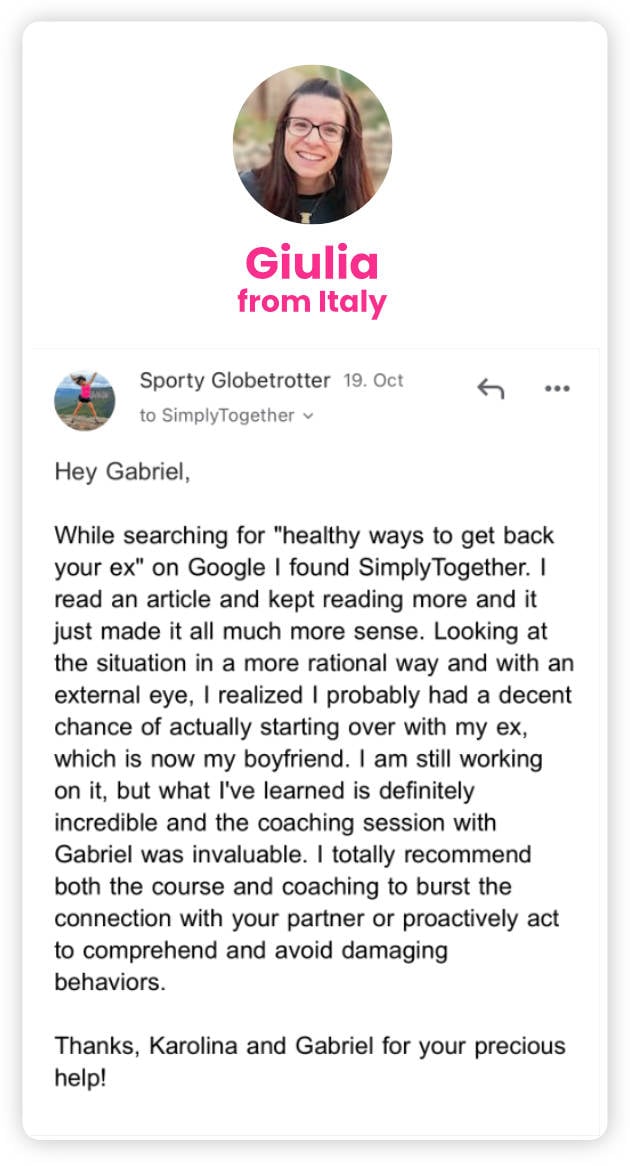 What to expect in your coaching call

– You’ll experience deep listening, so that your whole story and the problem you’re struggling with become clear

– And finally, you’ll get clear strategies and tools to remove what stands in the way of your dream relationship with her

No matter how tricky or complicated your situation may be, we’ll help you make sense of it.

Your Ex Back Coaches 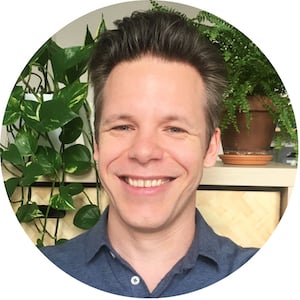 ✅ Will understand you and take your side 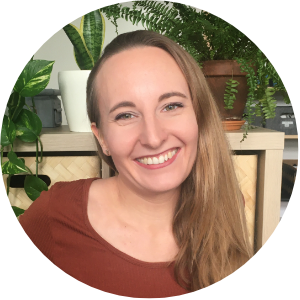 ✅ Understands the female psychology of breakups and how to reverse it

✅ Will give you insights with the unique woman’s perspective

✅ Has personal experience of getting her ex back

Book to get your ex back now!

How long is a coaching call?

One call is 50 minutes long. In it you’ll get everything you need so that you feel confident and prepared for your next steps.

How do coaching calls take place?

All of our calls take place online on Zoom (video or just audio if you prefer, it’s entirely up to you!). After you book, you’ll receive a confirmation email with your appointment details and a Zoom link to join your coaching call.

How do I book a call?

What payment methods do you accept?

Payments take place via Stripe, which allows you to use Apple Pay or Google Pay, debit or credit cards. You can also pay with PayPal. With these payment gateways, your transactions are encrypted and 100% secure.

I booked a call, where is my email confirmation?

Please check your spam folder. If you still haven’t received a confirmation email within an hour, please contact us here, and we’ll sort it out for you.

What if I want to cancel a call?

No problem, for single coaching call bookings, just let us know 24 hours in advance and we’ll cancel the call and refund you.

Still unsure or have more questions?

If you have any further questions or are feeling uncertain, please don’t hesitate to send us an email, and we’ll get back to you!

Choose which fits your needs best 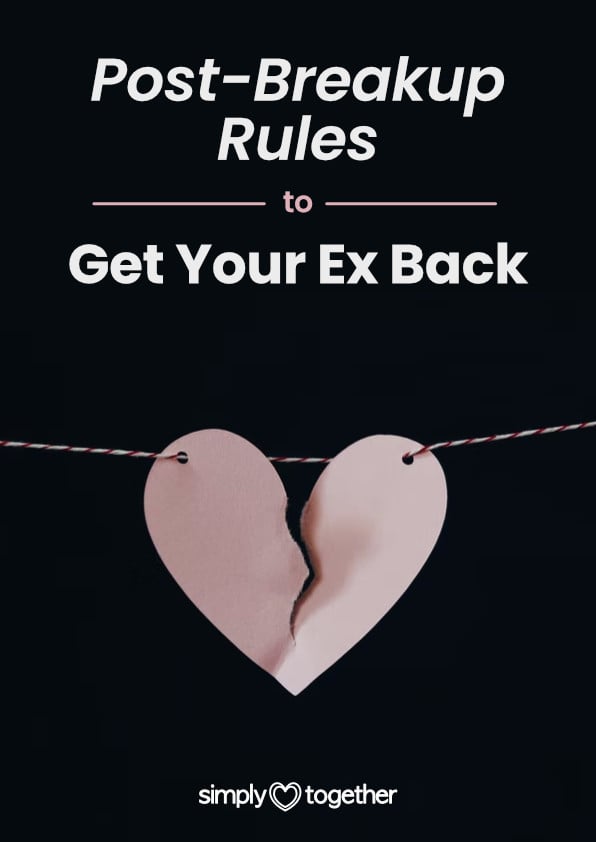 Post-Breakup Rules to Get Your Ex Back

Learn the most important 'Dos and Don'ts' to ensure you can get back together!